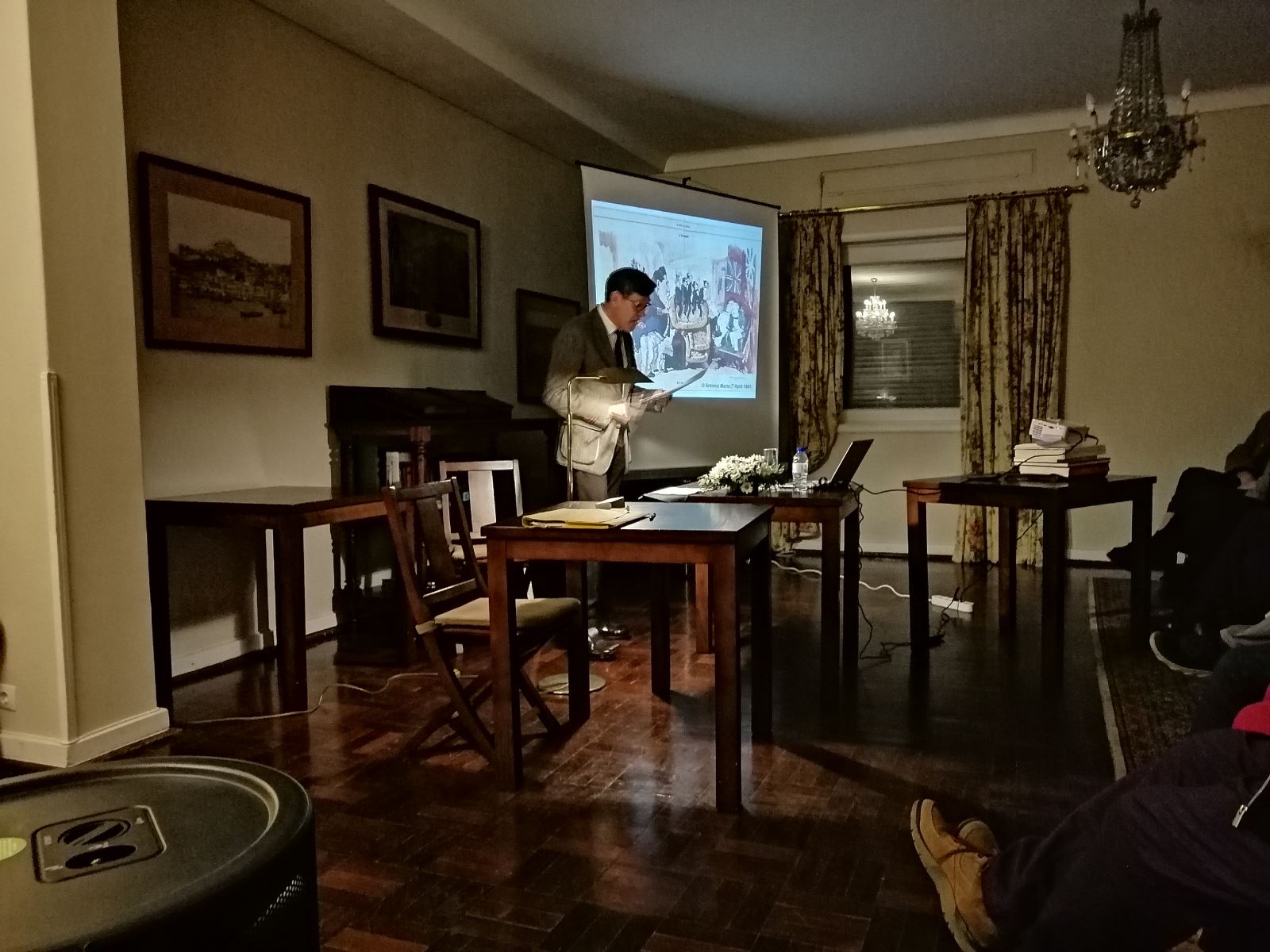 This event was held at the Oporto Cricket and Lawn Tennis Club (OCLTC) on Thursday 19 January 2023. The full title of the talk by Rui Carvalho Homen was The Court of Posterity? Images of the British in late 19th century Portugal - with a Shakespearean Refraction. This looked in particular at representations of Britain and the British from the particular vantage afforded by King Dom Luiz I's four translations of Shakespeare. Dom Luiz reigned from 1861 to 1889 and was a gifted linguist and musician. 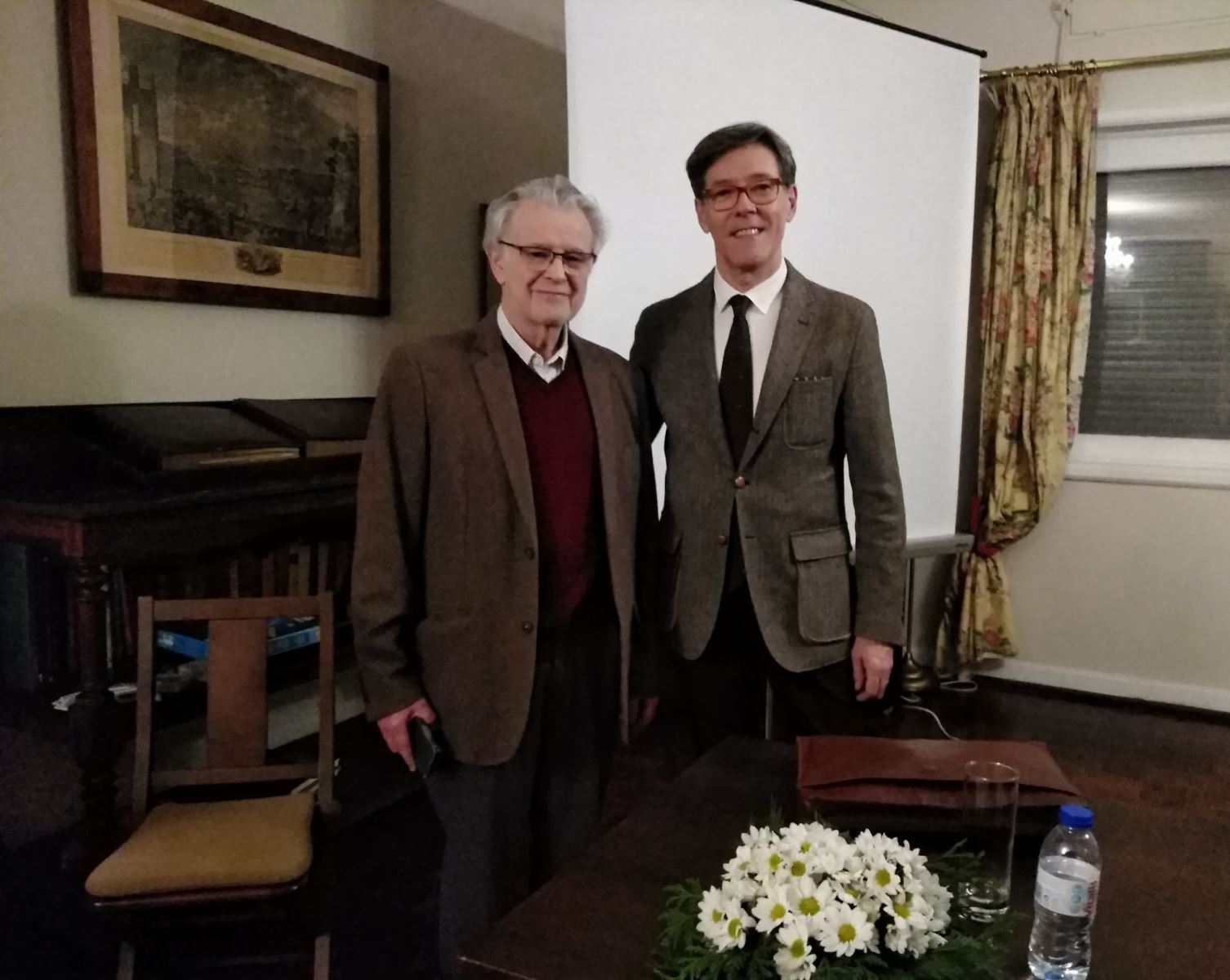 Dr Rui Carvalho Homen (illustrated talking and together with the BHSP Porto organizer, Alan Dawber) is full professor and senior lecturer in the Dept. of Anglo- American Studies, Faculty of Arts, University of Porto. The event was attended by 26 people, and 13 stayed for dinner. The 45 min. talk was erudite and packed with information, and was succinctly delivered. It was also well illustrated with many relevant quotations, centring on the Portuguese King, his literary prowess, and his translations of four of Shakespeare’s plays. Rui Carvalho Homen showed how the wording of some translated passages revealed aspects of the King’s role as monarch and his attitude to kingship.

Rui showed various memorable cartoons from contemporary journals, illustrating the contempt felt by various sections of Portuguese society for the king's relationship with Britain and British culture. He speaker also referred to the British Ultimatum of 1890, the year following the king's death, and the effect this had on Anglo-Portuguese relations, severely testing the strength of The Old Alliance. 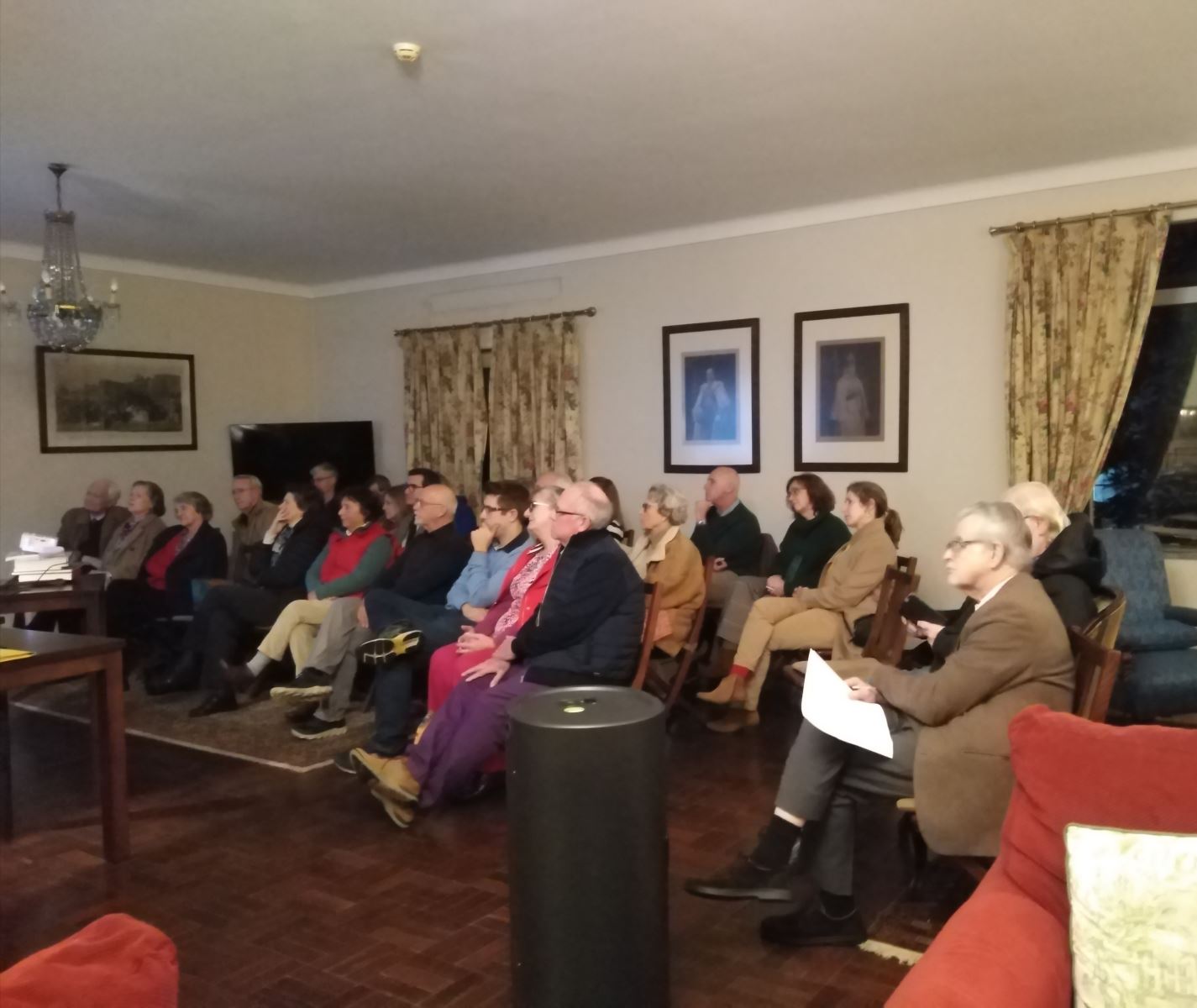 Immediately following the talk there ensued a vigorous 15 minutes of questions and answers, which showed how interesting the audience (illustrated) had found the presentation. 13 people stayed on for a very enjoyable dinner.   A well-attended event on a night of wet, windy weather.

British and Portuguese Attitudes Towards the British Ultimatum of 1890