The British Historical Society of Portugal was founded in 1974 and over the last 35 years has acquired a reputation as a leading authority on the Peninsular War in Portugal. In 1986 the Society printed what is still one of the most frequently quoted books on the Lines of Torres Vedras. In 2006 it started organising guided tours to the battlefield sites of Portugal and western Spain, and more than 1,000 visitors have participated to date.

Our guides and lecturers are all specialists in military history and are long term residents in Portugal.

Mark has been fascinated by Napoleonic history ever since reading G.A. Henty as a schoolboy. When he moved to Portugal in the late 1980s, he was impressed by the quantity of historical sites from the Peninsular War and started guiding visits in 2003. He has led over 100 tours for private groups and public figures, as well as battlefield study groups for the military. Having served in the Royal Horse Artillery, he derives especial pleasure in re-living the heroic exploits of Captain Ramsay at the battle of Fuentes de Oñoro. Mark featured as a military historian in the American TV series ‘Who Do You Think You Are’, when actor Chris Noth visited Elvas and the battlefield of Albuera - see https://www.facebook.com/SIC.Caras/videos/461613678020193/, and also in the film on the Lines of Torres Vedras of the 'History Hit' channel https://www.youtube.com/watch?v=A2fYxjPeXGA (minute 4.20).

Born in Portugal, as were his parents, grandparents and great-grandparents, Clive Gilbert has visited the Portuguese Peninsular War sites over many years. He used to walk the Lines with Robert Bremner, the acknowledged expert and co-author of ‘The Lines of Torres Vedras’. As Chairman of The British Historical Society of Portugal he has given talks and written articles on the subject in English and Portuguese, and acted as a guide for Richard Holmes in the B.B.C. T.V. production ‘The Iron Duke’. https://www.youtube.com/watch?v=KZnAv971fUo

Nick was a professional soldier for 23 years in the Green Howards. Retiring to Portugal, where he spent the next 27 years, his interest in the Peninsular War was intensified when he assumed the chairmanship of the Association formed to care for the British Cemetery in Elvas. In this role he was responsible for organising memorials to the regiments that fought at Albuera and Badajoz, and has led several tours to these important actions. He has advised the military novelist Allan Mallinson for his book entitled "Rumours of War". 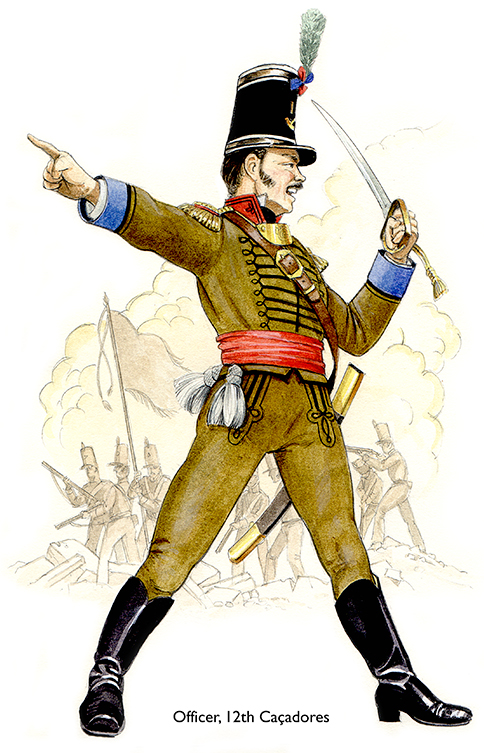