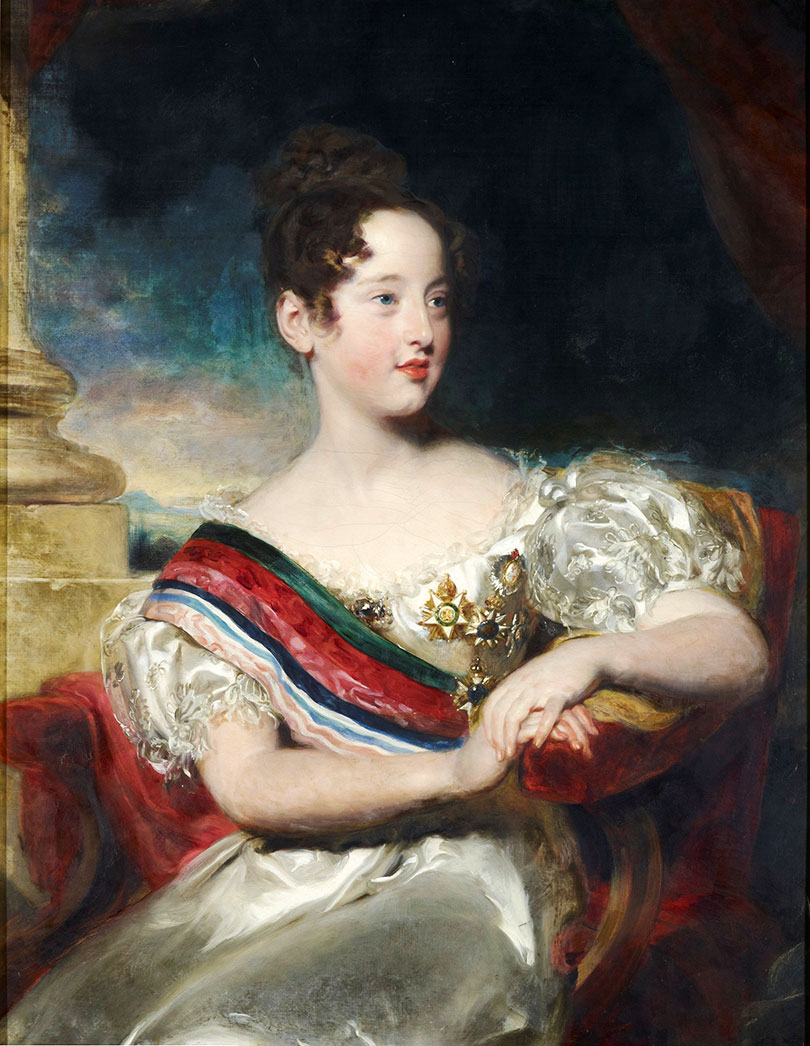 D. Maria (1819-1853), daughter of D. Pedro and future Queen D. Maria II (1834) during the Liberal Wars between her uncle D. Miguel and her father D. Pedro went to England, where she stayed until 1829. She was of similar age to the future Queen Victoria and they became friends and wrote to each other constantly. Lawrence painted her portrait in 1829 for George IV when she was nine. It now hangs in Windsor Castle.