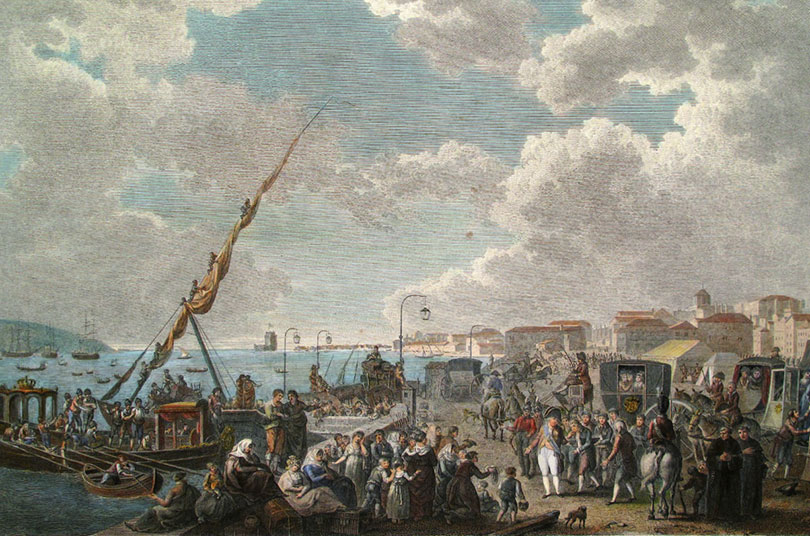 Departure of the Prince Regent of Portugal, John VI of Portugal, and all the Royal Family to Brazil
Henry L'Evêque (Campaigns of the British Army in Portugal, London, 1812)

The Portuguese Royal Family and 13,800 followers departed for Brazil after the invasion of Portugal by the French. The fleet was escorted by four Royal Naval ships, commanded by Sir Sidney Smith. Junot arrived the following day and rushed to Carcavelos, but all the French could see were sails on the horizon, hence the Portuguese expression “A ver navios”.