The Society’s Annual General Meeting for the year 2021 took place at the Lisbon Sports Club, Belas, on Saturday 16 July. And so we reverted to the Society’s well-established format of the AGM, followed by lunch with a talk, at an interesting venue. Unfortunately, the AGMs held in October 2020 and July 2021 had to be held by Zoom as a result of restrictions due to the Covid-19 pandemic.

The Lisbon Sports Club, which is located about 10 miles northwest of Lisbon, comprises a clubhouse, golf club and swimming pool in a beautifully wooded area. Lisbon Sports Club was founded in 1861 and owes its origin to cricket, the first sport played by the British community in Lisbon. The club started at Campo Pequeno, where the bullring is today, moved to Cruz Quebrada, and then to Ajuda where it stayed for many years. It eventually moved on to Carcavelos, before finding its definitive home in Belas, on an old farm located in the Serra da Carregueira. The club is owned and managed by its members and members of the British community are now in a minority. The names of many of the competitions open to members reflect the club’s British heritage in that they are named after British ambassadors, e.g., the Carnegie Cup and the Ronald Cup, or, in one case, an ambassador’s wife, Lady Campbell.

The meeting, chaired as usual by the chairman of the General Assembly, Filipe Lowndes Marques, commenced at 12.30 pm and all the items on the agenda, including the Accounts and Chairman’s Report for 2021, were approved unanimously by the 35 members present. Filipe mentioned that the project of digitization of all issues of the Anglo-Portuguese News newspaper was well under way and should be finished early next year. After the meeting, copies of the Annual Report and Review for 2021 were distributed to all members present.

Members then enjoyed lunch in the restaurant, each table having as its centrepiece one of the magnificent trophies. Patricia Pedro, the captain of the club, then gave a short history of the club and our member Bruce Dawson remembered the difficult times for the club in the years immediately following the 1974 Revolution. We then took a short walk to the first tee and admired the nearby bench overlooking the fairway which Patricia explained was dedicated to all members of the Club, past and present, who had contributed to its current prestige. 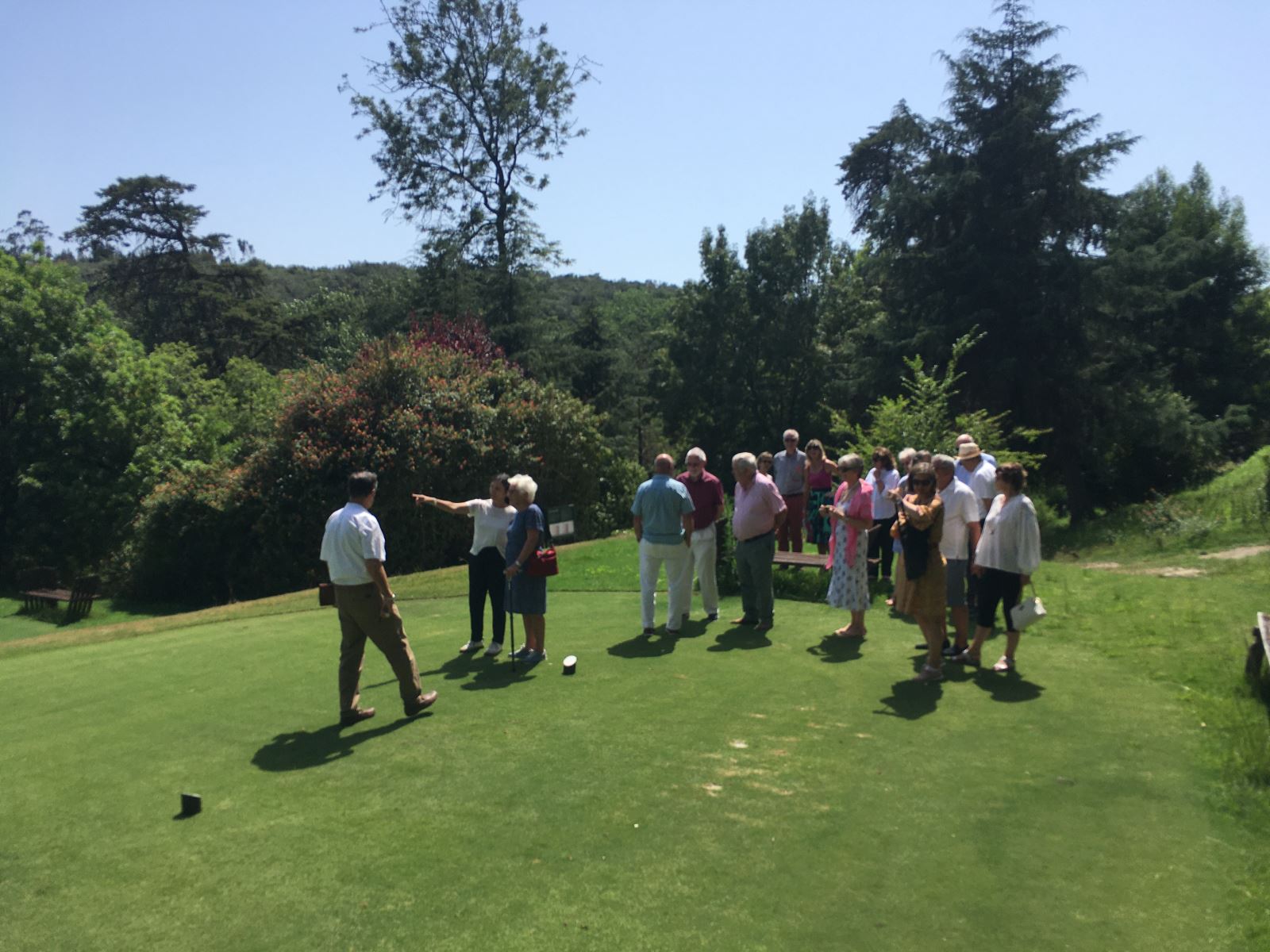