Centenary Remembrance Service held at the British Cemetery in Elvas

On the 11th of November, nearly 50 Portuguese and British gathered in the open air to remember the nearly 9 million who died during the 1914-1918 ‘Great War’. Stewart Streeting, formerly of the Princess of Wales Royal Regiment and a veteran of several conflicts addressed the assembled crowd 15 minutes before the iconic 11 o´clock chimes started to toll. He reminded us that all three services were involved and read a moving account of the heroic courage of an RAF pilot who managed to sink a German U-boat off the north of Scotland despite being shot 72 times and then managed to ensure that the battered Catalina bomber made it back to safety in Norway with the loss of just one life. 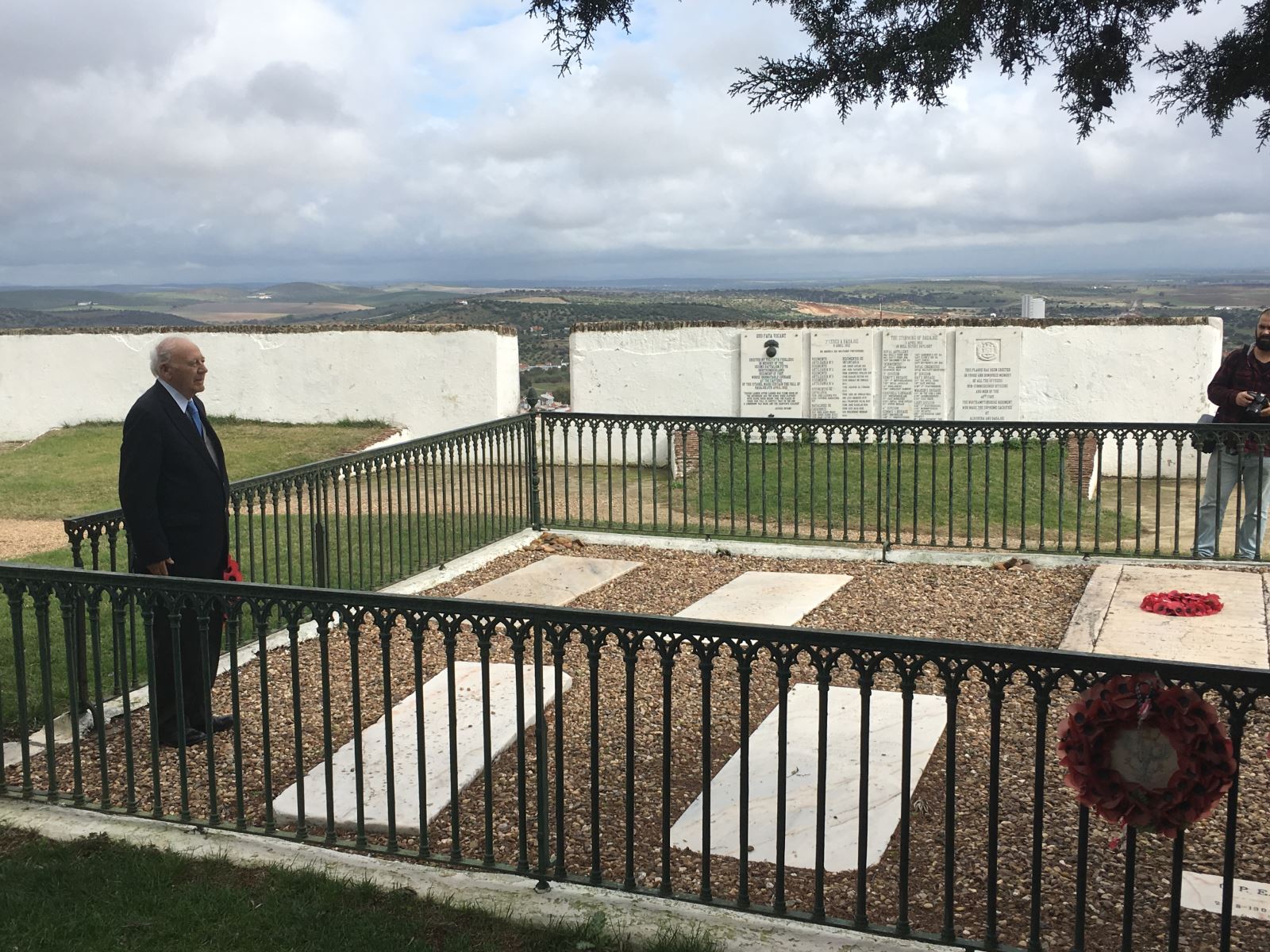 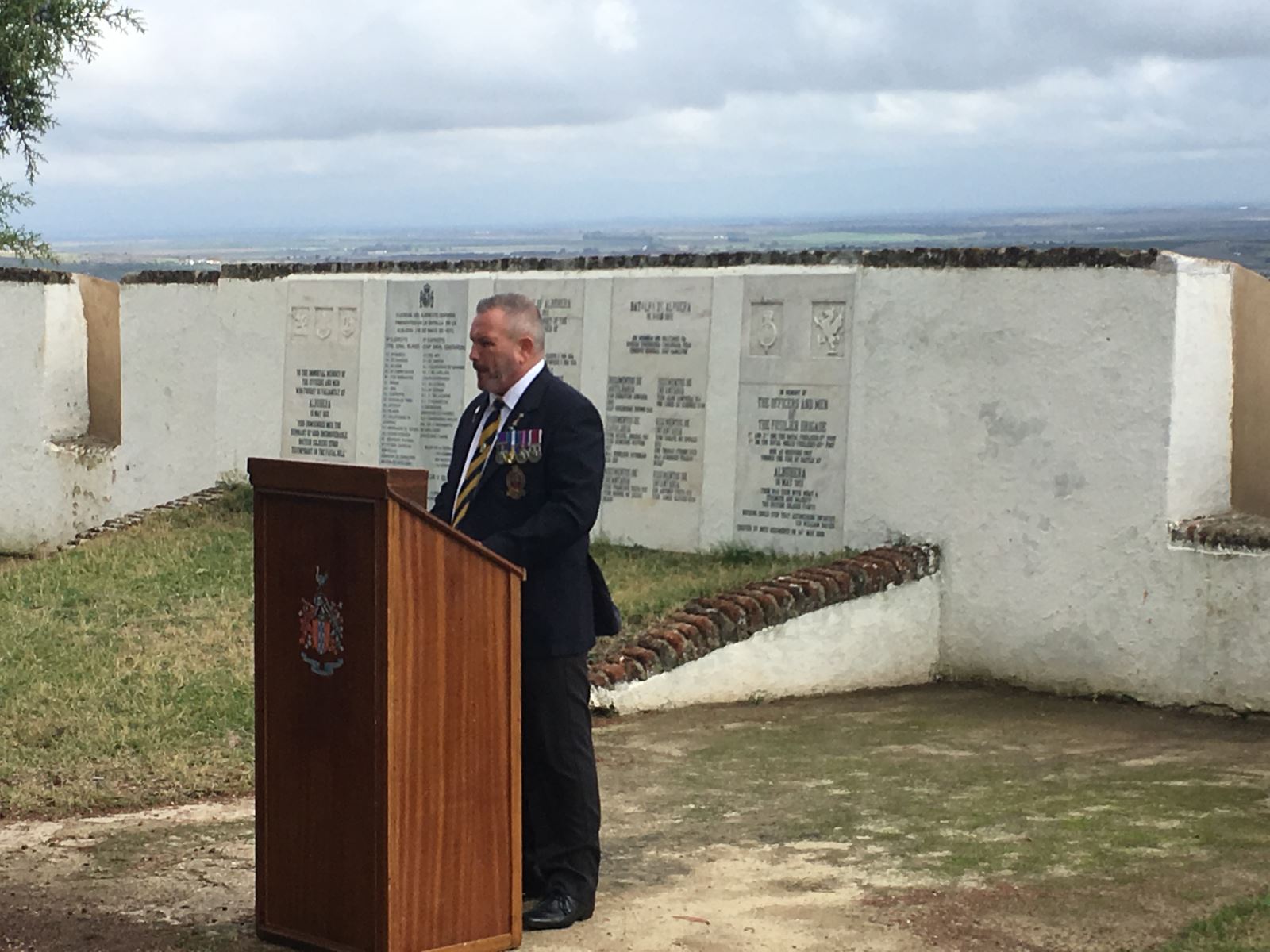 A local trumpeter then played the ‘Last Post’ as the poppy-bedecked crowd bowed their heads for one minute’s silence, which ended with the rendering of the ‘Reveille’. After the reading of two moving poems from both World Wars, at least a dozen wreathes were then laid by local dignitaries, Portuguese Army and Police officers, veterans from the British Armed Services and local residents. The ceremony ended with a short church service conducted in both Portuguese and English by the Rev. Fran Le Blanc, from the Lisbon Chaplaincy. 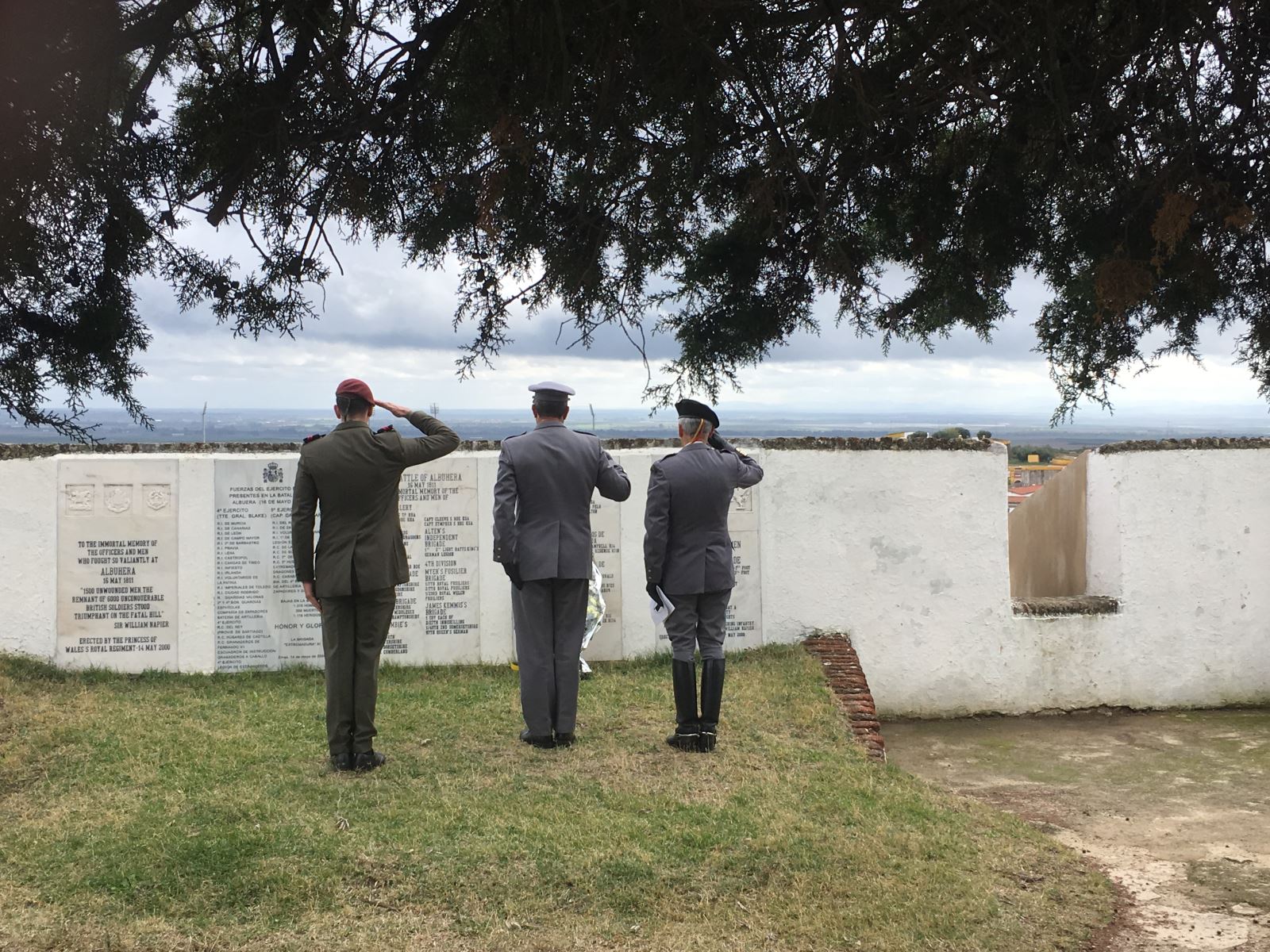 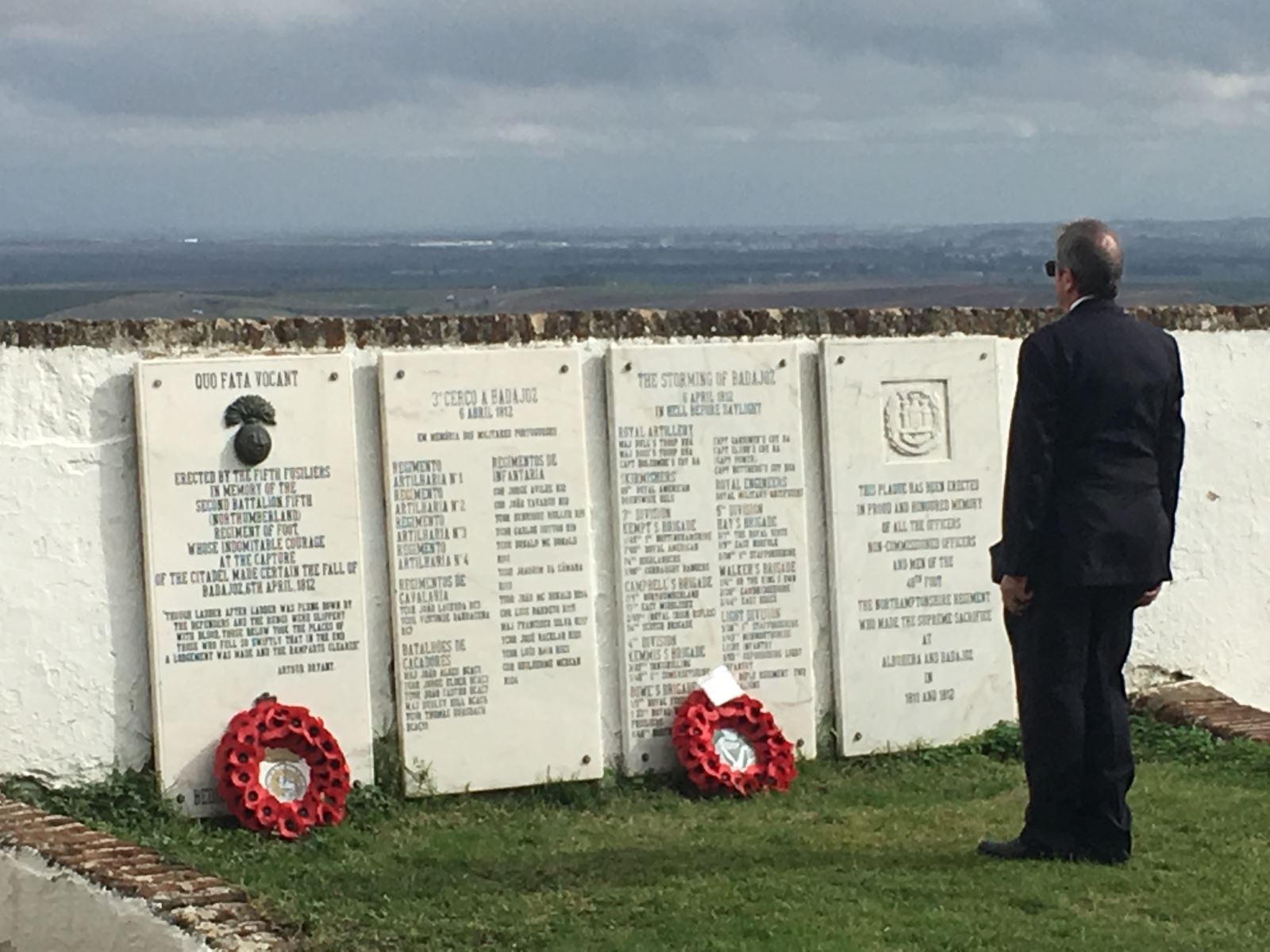 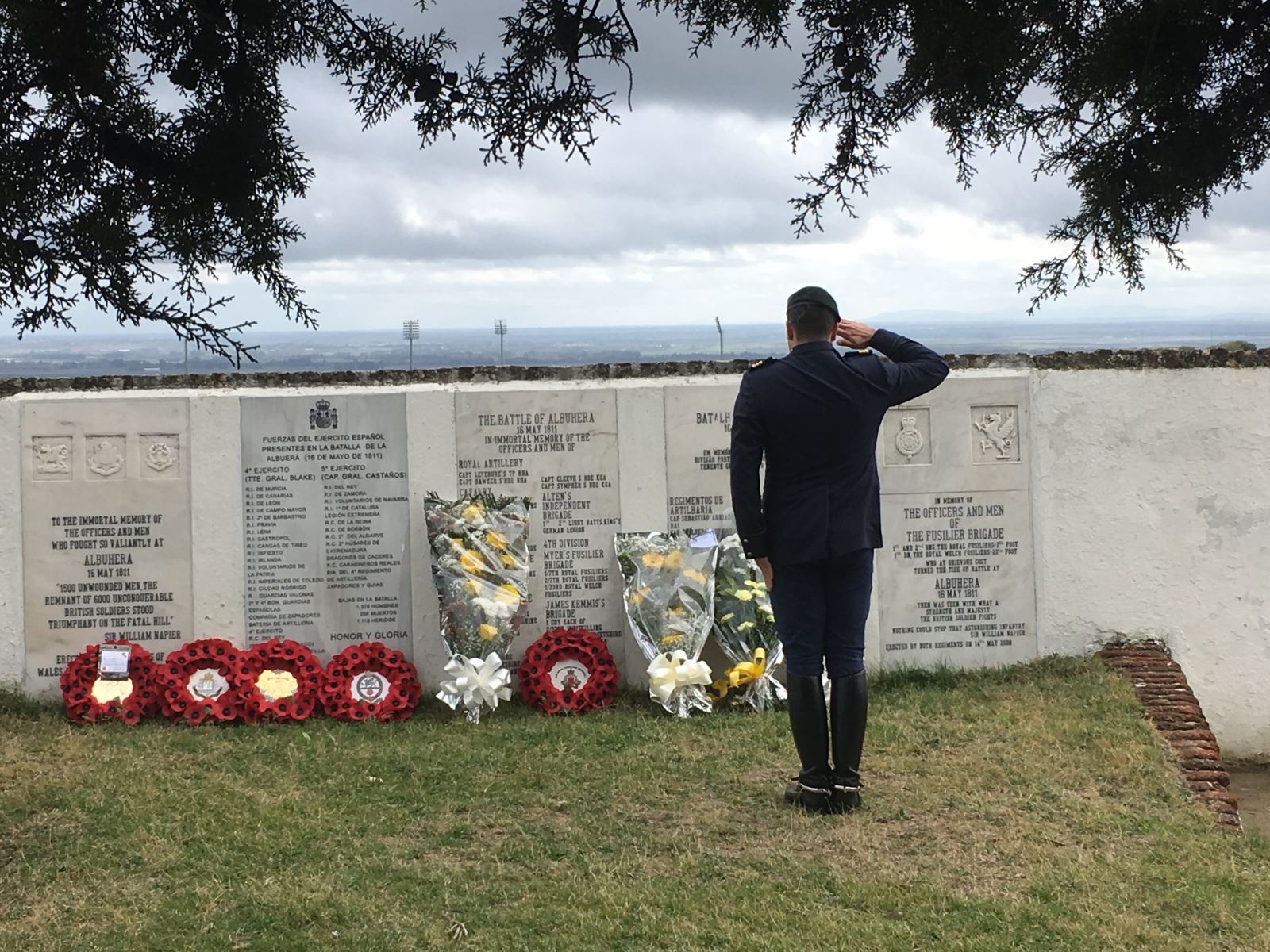 The rain held off and even a few rays of sunshine warmed those who stayed behind for eats and drinks in the olive grove of the Bastion S. João da Corujeira, before moving to the Tiff Taff restaurant for a convivial lunch. Congratulations are due to the Association of the Friends of the British Cemetery in Elvas for organising the event, ably led by Celia Denney: http://british-cemetery-elvas.org/cemetery.html.