Twenty-one members of the BHSP set out on a bright and sunny Saturday morning in May, by coach, to visit the historical site of Batalha. “Gosh isn't the countryside green this year! Do you think it is going to rain again? We haven't seen much of spring this year … But look at all the bright wild flowers every where...”

The hour and a half long drive went by in a flash, when, suddenly, in front of the group, stood the majestic Mosteiro de Santa Maria da Vitoria in the town centre of Batalha. Amongst the supreme achievements of Manueline architecture, Batalha's Dominican monastery transports visitors to another world where solid rock has been carved into forms as delicate as snowflakes and as pliable as rope.

For the BHSP group, this monastery means so much more than staggering ornamentation and dramatic embellishments, as Mark Crathorne, Vice-Chairman of the BHSP, pointed out the many interesting features and unfolded the story of the battle of Aljubarrota (just south of Batalha) on the 14th of August 1385, when some 6,500 Portuguese soldiers, commanded by Dom Nuno Alvares Pereira and supported by a few hundred English bowmen, repulsed a 30,000 strong force of Joao I of Castilla, which was attempting to claim the Portuguese throne of João d'Avis. 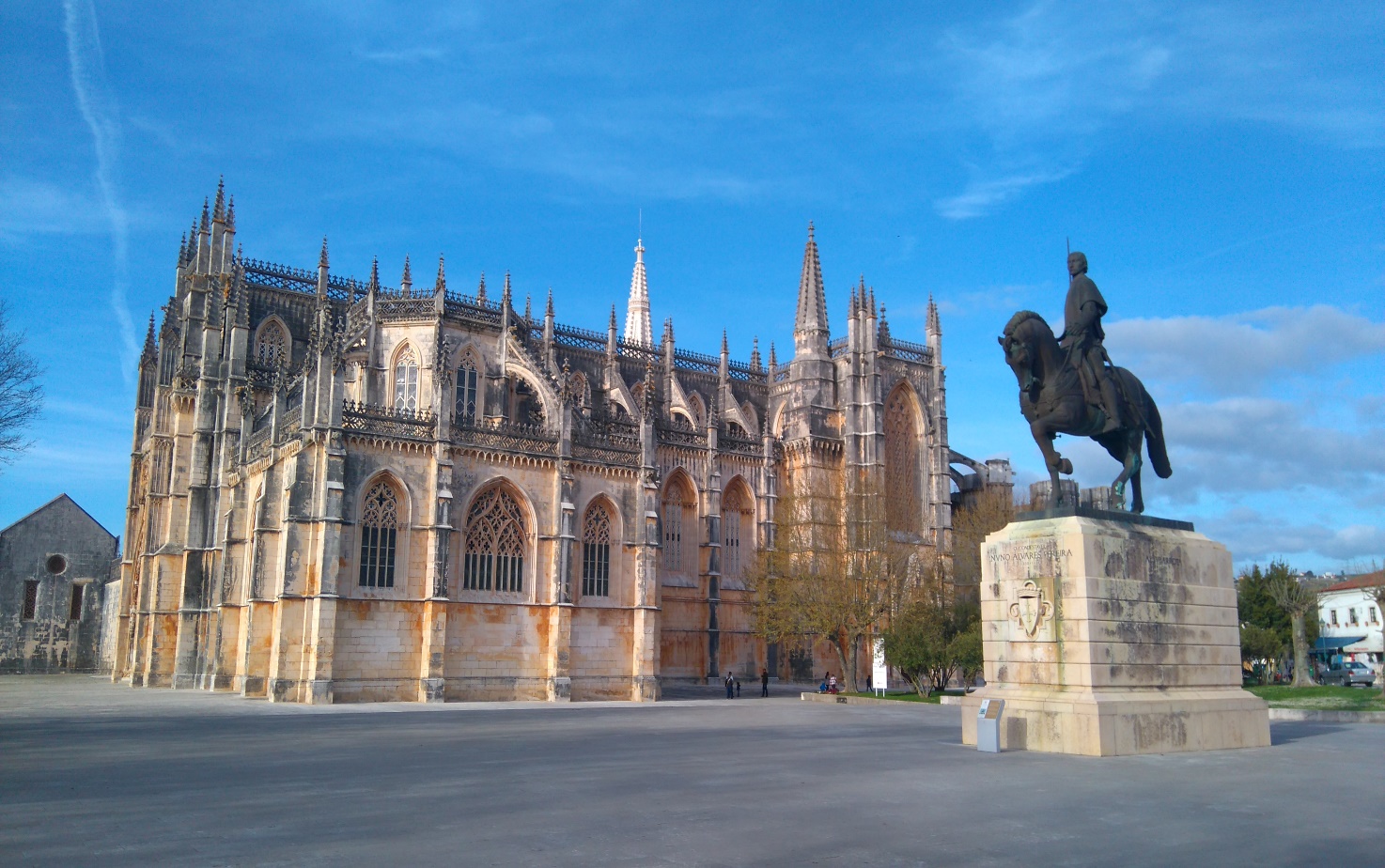 Inside the monastery, in the Capela do Fundador - a beautiful arching, lofty star-vaulted square room, lit by an octagonal lantern, houses the joint tomb of Joao I and his English wife, Philippa of Lancaster, whose marriage in 1387 cemented the alliance that still exists between Portugal and England to this very day. 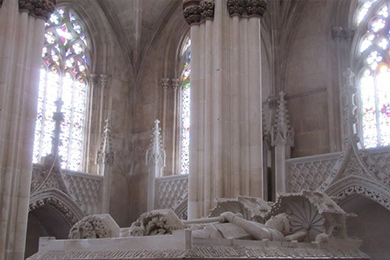 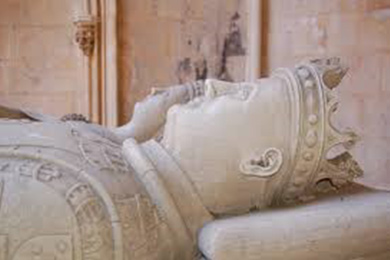 A tombs of four sons of their eight children also line the south wall of the chapel, including the tomb of Henry the Navigator, a statesman of world renown.

A - so much more - could be said about the Claustro Real, the Claustro of Dom Alfonso V, the Sala do Capítulo - with a most beautiful 16th Century stained glass window, or the guard of honour watching over the tomb of the Unknown Soldier(s), in a dedicated chapel - the bodies of a Portuguese soldier killed in Mozambique, and another killed in Flanders, during WWI.
Or the roofless Capelas Imperfeitas, the octagonal mausoleum with its seven unfinished chapels commissioned in 1437 – with stone-carved thistles, ivy, flowers, snails and all manner of  “scollops and twistifications”, as noted in the diaries of William Beckford, an English novelist and knowledgeable art collector, patron, critic, travel writer and sometime politician.
Lunch awaited the group in a typical Portuguese ‘tasca’ nearby, a most congenial affair. 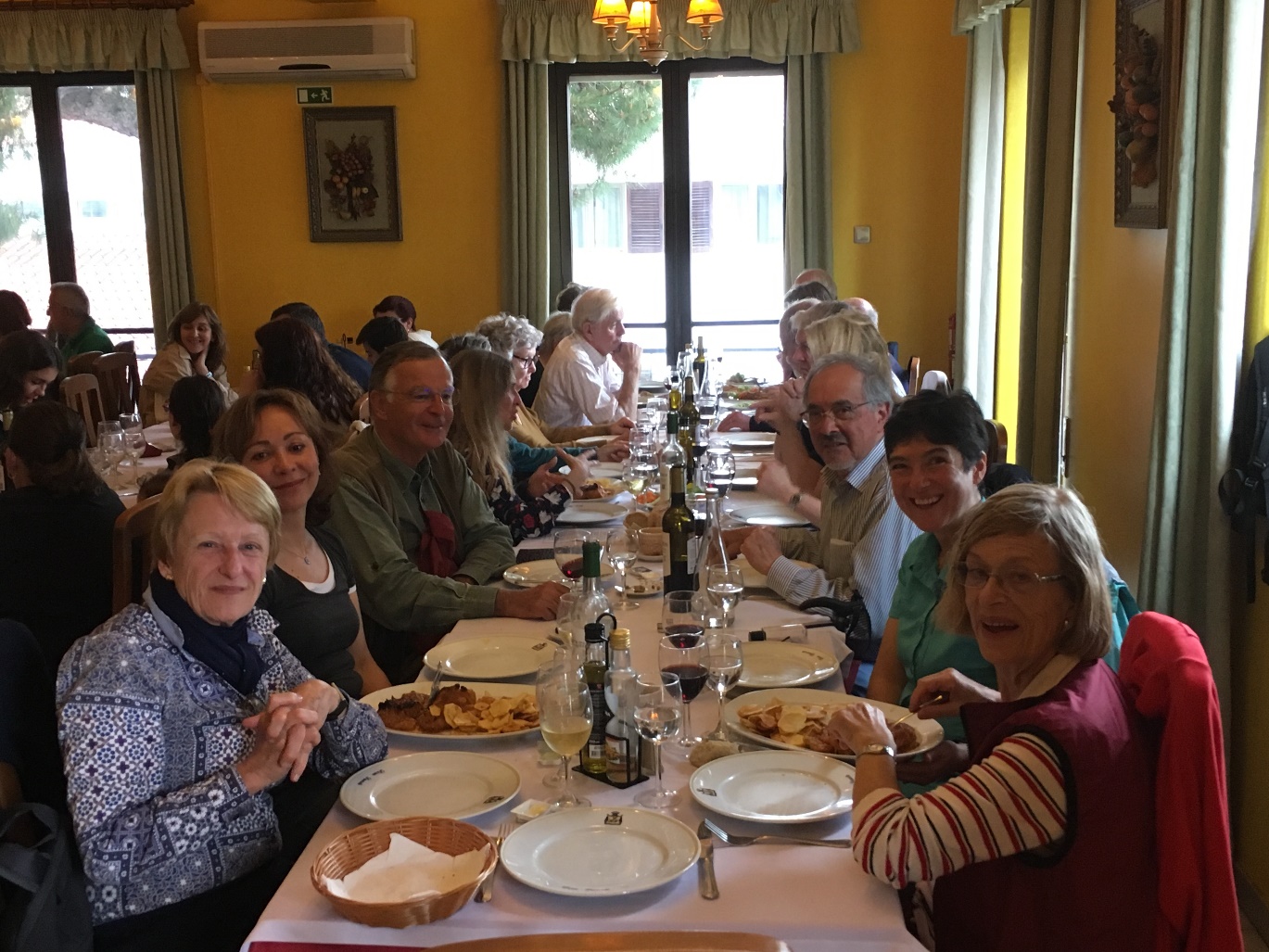 Afterwards, the group visited the modern, award-winning Municipal Museum, where it was guided through the prehistory and history of the region, the impressive Roman remains, a section on the Battle of Aljubarrota, and detailed plans of the various stages of the construction of the monastery. The cherry on the cake was an exhibition depicting coal mining in the Batalha area. The group was privileged to hear a first-hand presentation by Ana Possolo of her own family's memoirs of the Croft’s ownership of these mines, which fuelled the cement works at Maceira Liz. The mines operated for 100 years until 1954, many of which under British ownership. 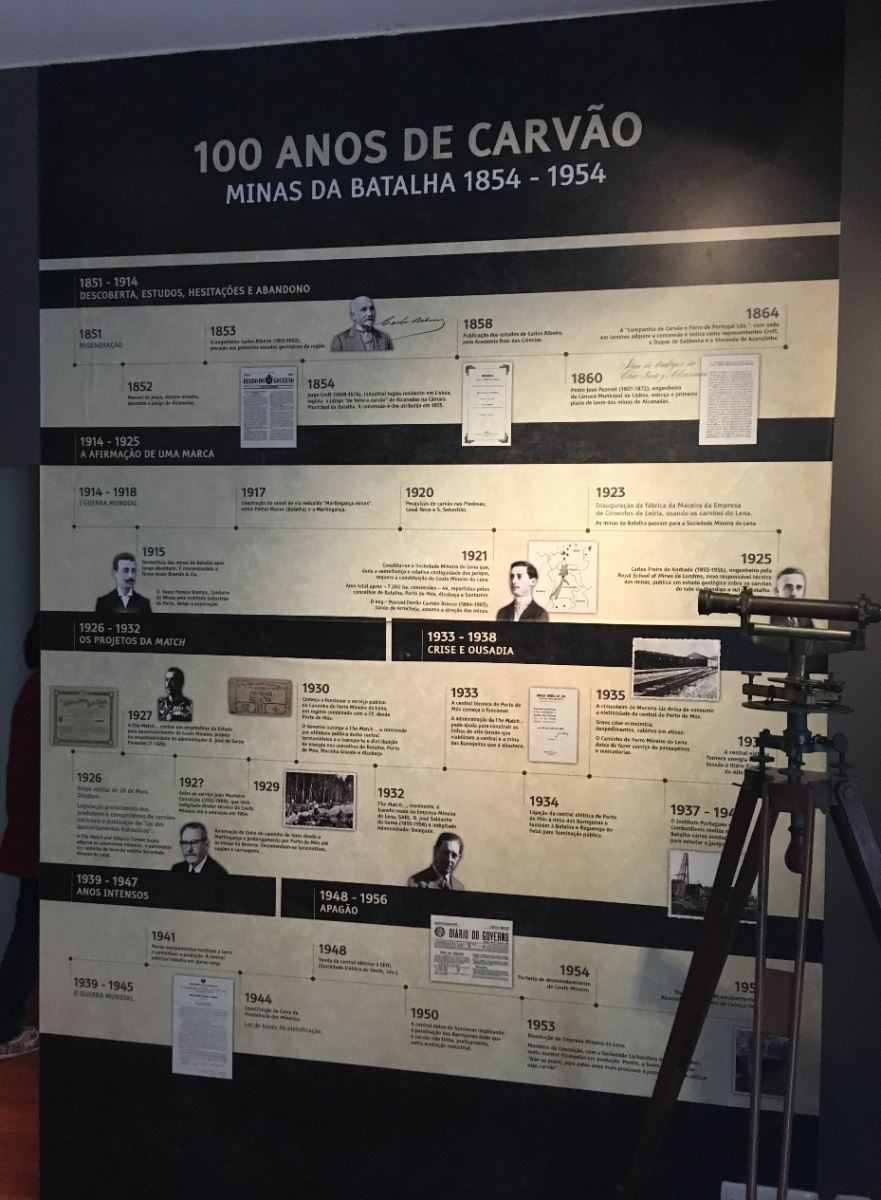 The group then proceeded to visit the head of the main shaft of the coal mine at Barrojeiras, originally run by where a comprehensive explanation was given by Mark Crathorne, who also leads the Peninsular War Battlefield Tours for the BHSP. The strong Anglo-Portuguese relations that are the “raison-d'être” of the BHSP once again came to life during this entertaining and most instructive BHSP outing. 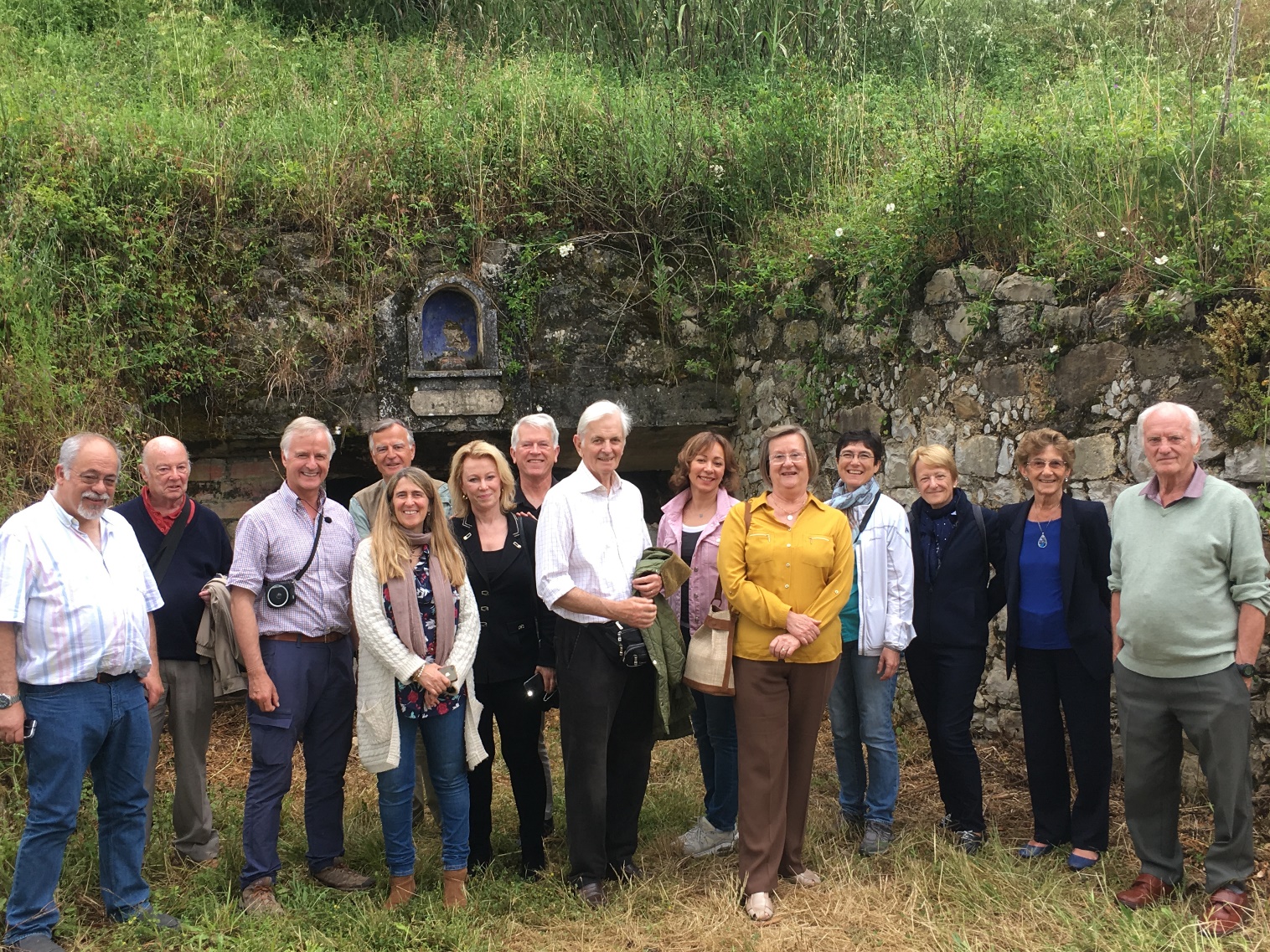