The first visit of the day was to the Igreja Matriz in the village of Chão de Couce where the last major work of the Caldas da Rainha born artist José Malhoa hangs behind the altar. The painting “Nossa Senhora da Consolação” is a beautiful  and fresh representation of Our Lady surrounded by local village women.

Following this, the Freguesia opened up a usually locked room where they hold many very old books from the Library of the nearby ancient Quinta de Cima together with some rare original sketches and drawings made by José Malhoa on his regular summer visits to this Quinta.  This final painting was considered for exhibition in one of the Lisbon galleries but José Malhoa had promised that this work would remain in the local church. 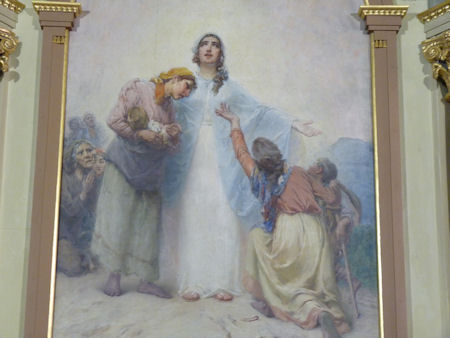 We made a brief visit to the Quinta de Cima which by the early  20th century had become a meeting place for the intelligentsia and artists of the time, including José Malhoa. The history of the Quinta can be traced back to 1258 when it was a wedding gift to the queen’s lady in waiting by Dom Afonso III. Frequented throughout time by various royal visitors the Quinta has remained in private ownership. 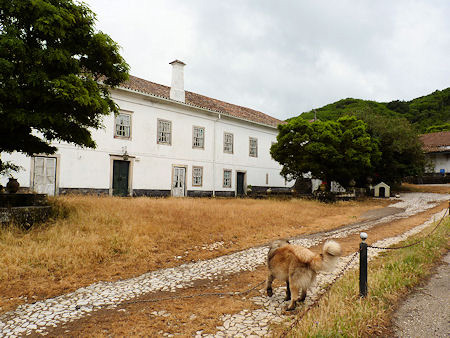 Our journey continued on to the Museum Complex in the village of Santiago da Guarda. This site contains one of the best examples in the Iberian Peninsula of a Roman villa where the remains of the excavated mosaic floors and building foundations are very well preserved and presented. During our visit we were introduced to the resident archeologist who was more than happy to answer our many questions. It was a revelation to know how it is possible to authenticate and determine not only the age of the ceramics but also how archeologists can piece the fragments together.

Then followed a guided tour of the excavated Roman villa, which after the Romans had left was later the site of a Medieval tower built to defend Coimbra, then even later, during the 14th and 15th centuries, a manor house was built. These later constructions were built over the original Roman foundations and as a result of recent excavations the beautiful mosaic floors have been uncovered. Although the villa fell into ruins with the departure of the Romans, the legacy of their settlement remained due to the nearby Roman road which was used by the early pilgrims on their journey to Santiago de Compostela. 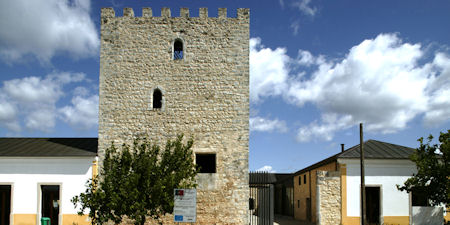 After a delicious lunch our journey continued to Coimbra, stopping en route to visit and marvel at the castle ruins at Penela. The castle, built on an impressive granite outcrop, replaced various previous fortifications but its strategic position is still very evident.

We arrived in Coimbra, a city which can trace its history from 468AD, in the late afternoon to be welcomed by the staff at the art deco style Astoria Hotel and after checking in had time to explore the streets of this very beautiful city. Dinner at a local restaurant was accompanied by a group of musicians who entertained us with typical Coimbra fados. 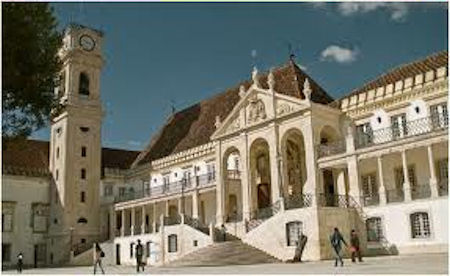 Day two started with a tour of the city by coach before we arrived at the world famous Coimbra University. Our guide was a great source of information, and as a former student at the university was generous with unusual facts and anecdotes. We commenced our visit to the University at the beautiful baroque style Joanina Library which was gifted to Coimbra in 1724 by Joao V. This contains more than 30,000 books which have been studied throughout the history of the University.  A short stroll brought us to the Capela de Soã Miguel with its ornate decoration, azulejos and very elaborate organ. The guided tour continued through the Sala dos Capelos where, on graduation, the students take their final exams and receive their capes. The University is steeped in history, tradition and culture and is justifiably proud to be the country’s most prestigious seat of learning.

Following lunch we concluded our visit to the Macedo de Castro Museum which is housed in the old bishop’s palace, which in turn was built over the Roman Forum of the original city that preceded Coimbra. By visiting the basement of the museum one can see the original arches that supported the Forum. The museum exhibits, in a modern style, many items of art which have been found in the surrounding area, covering many rooms and displaying so many treasures. 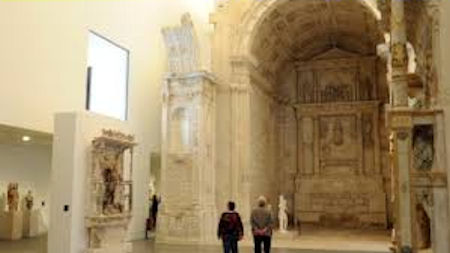