Home  »  Events  »  Report on the June meeting of the Porto branch

Report on the June meeting of the Porto branch 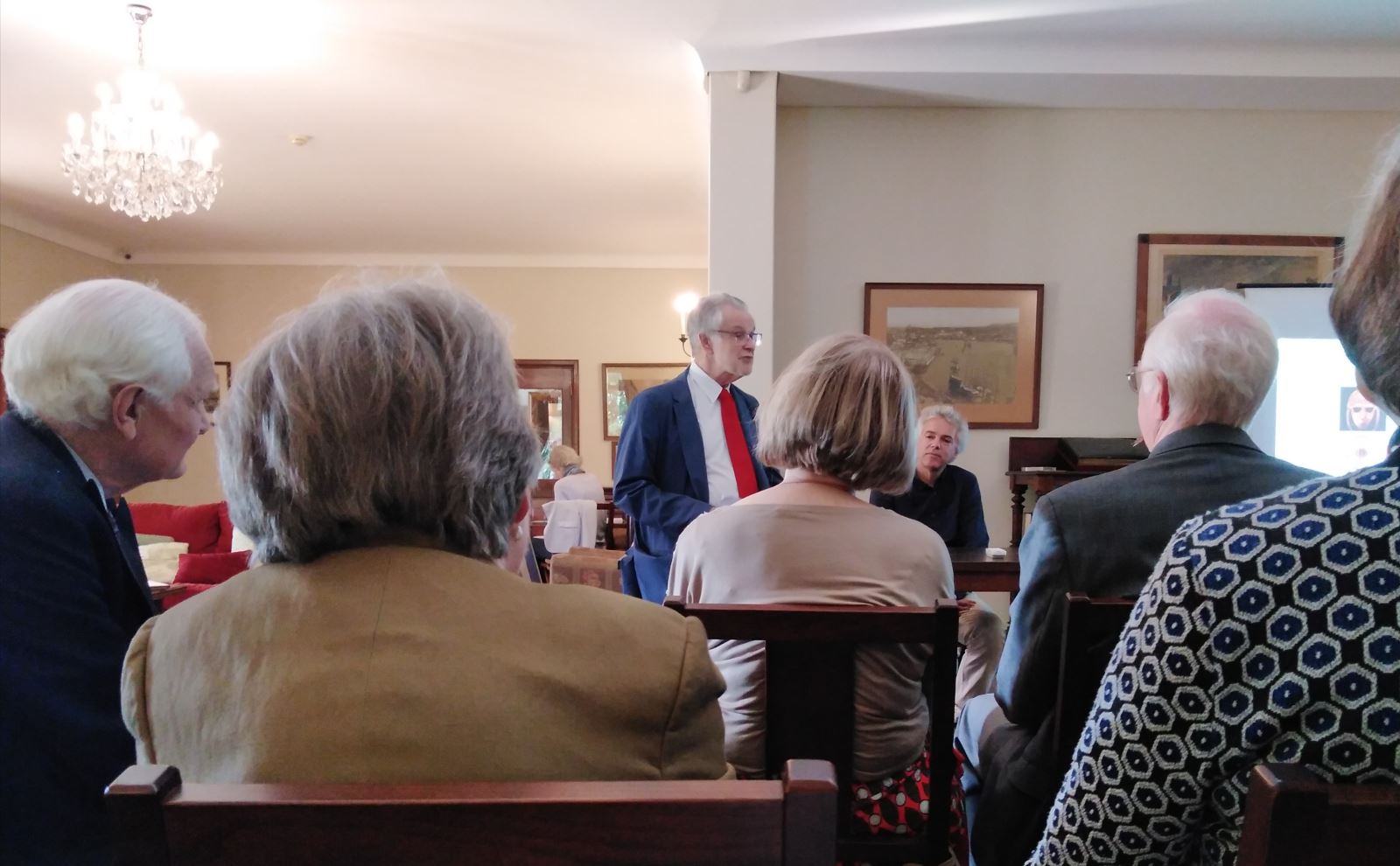 The Porto branch of the British Historical Society of Portugal continued its renewed activities with a talk and a dinner on Thursday, 2 June. Alan Dawber, the head of the branch, with the assistance of Janice Bain, organized the event at the Oporto Cricket and Lawn Tennis Club. Attendance was good, with around 20 people for the talk and 14 signed up for the dinner which followed.

The speaker for the evening was Jonathan Lewis, who presented a well-researched talk on ‘The Early Adventures of English: the History of the English Language up to the Middle Ages’. Jonathan demonstrated the evolution of English with a comparison of four versions of the Lord’s prayer: modern, from the Book of Common Prayer, from the Wycliffe bible, and Anglo-Saxon from the 10th century.

Jonathan highlighted the major influences on the emergence of the English language, which had its origins in the invasion of the Angles, Saxons and Jutes and their settlement in England. The later invasion of the Danes added vocabulary and changed the language. Ultimately, the invasion of the Normans in 1066 led to the introduction of thousands of French words, especially in the areas of law and government. Words of Anglo-Saxon origin are common in English, and tend to be shorter, direct words. Words of French and Latin origin are often longer and polysyllabic giving a more elegant impression.

Jonathan concluded with a short reading from Chaucer’s “Canterbury Tales” in the original.

The talk was followed by a very enjoyable dinner at the Club.