Guided visit to the Bairro de Madragoa Quarter of Lisbon

On Friday, 23rd September the BHS had a guided visit to the ‘Bairro de Madragoa’ Quarter of Lisbon. 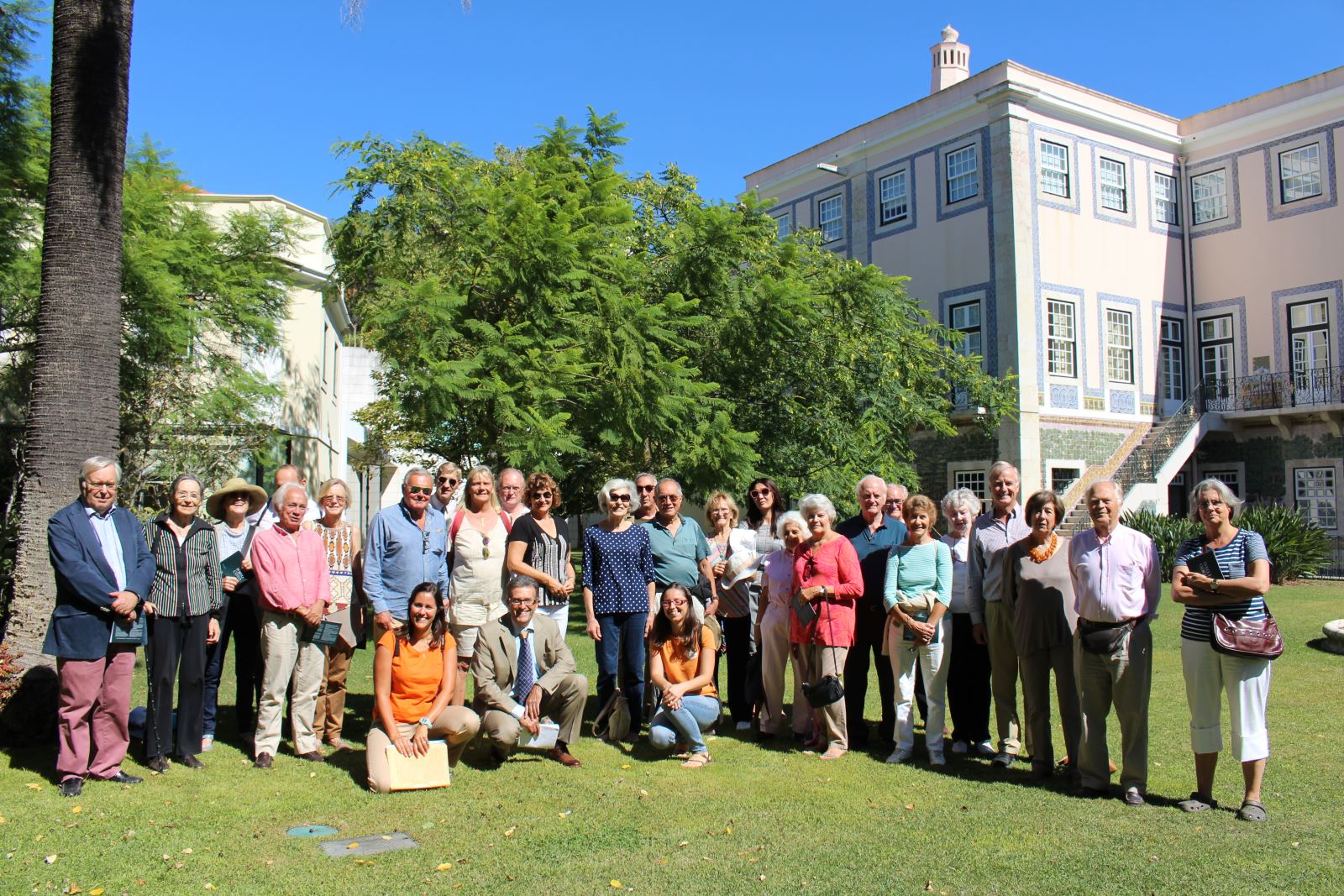 Twenty seven of our members were met by the two founding partners of Time Travellers Lda for a fascinating walking tour of one of the oldest quarters of Lisbon.

To start, we were royally received by Lusitânia Seguros, who showed us around their headquarters in the beautifully-restored Palácio de Porto Côvo, which had been the British Embassy from 1937 to 1998. The palace was built in the late 18th Century by Jacinto Fernandes Bandeira, the first Baron of Porto Côvo, a prominent trader with Brazil during the Pombaline period. We were privileged to be given an extensive guided tour of the company’s extremely valuable collection of Portuguese gold coins, spanning 13 centuries. The collection is comprised of over 800 coins, including 50 of the best examples in existence in the world. Amazingly the oldest coins date back to the Visigoth time in 612, and the most recent are examples of the last gold coins ever to be minted in Portugal, in 1889, at the end of the reign of Dom Luís 1.

We then walked through the narrow streets of the ‘Bairro de Madragoa’, where our guides, Raquel and Inês, explained that it was originally inhabited by slaves from Africa and gained its name from the ‘Madres de Goa’ convent, one of the many in the neighbourhood. They pointed out an example of one of the original houses that had survived the earthquake of 1755, with its distinctive V-shaped roof. They also explained that 500 years ago the river Tagus was much closer to the edge of the quarter, which had a great influence on the local commerce.

Next we were received by ISEG, Lisbon School of Economics and Management. This business school is part of the largest university in Portugal - Universide de Lisboa, and traces its roots back to 1759, when Pombal established the ’Aula de Comércio’. The university has restored the old ‘Convento das Inglesinhas’, which was originally built by Irish nuns of the Order of Saint Bridget in the early 17th Century. Following the closing of religious establishments at the time of the Liberal Wars, it was bought in 1864 by the Jesuits, who established a school. With the onset of the first Republic in 1910, the Jesuits were expelled at gunpoint, and after a very short spell as the ‘Museum of the Republic’, the building was occupied by the ‘Instituto Superior de Comércio’, which has been there ever since, now under the name of ISEG. 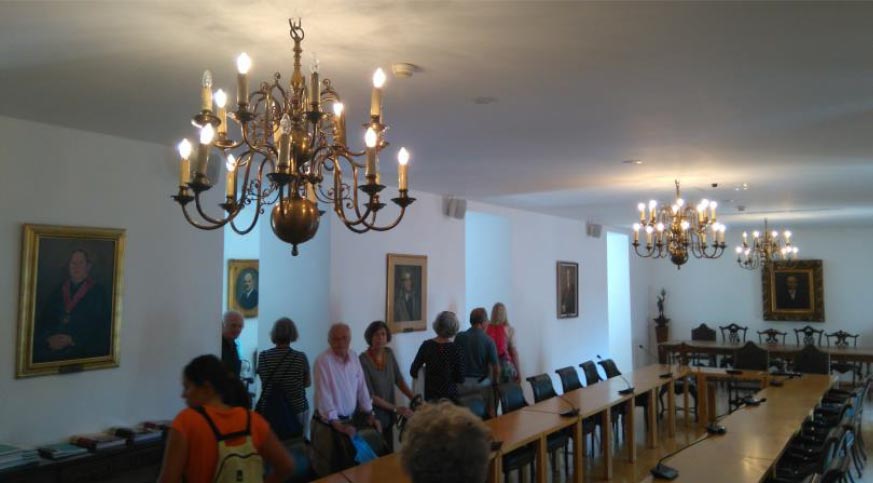 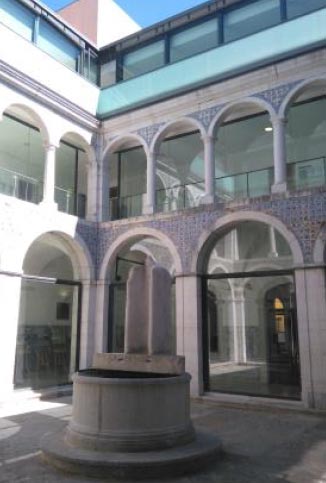 To end, we were taken down to the Palácio de Santos-o-Velho. Originally built as a convent in 1490, this building became a royal palace during the reign of Dom Manuel I in 1497, and, reputedly, Dom Sebastião slept there on the night before he embarked for the ill-fated military expedition to Alcácer Quibir in 1578. During the 17th and 18th Centuries the palace was owned by the Lancastre family, who rented it to the French ‘Minister’ in 1870, whose government later bought it in 1909, and it has been the French Embassy ever since. 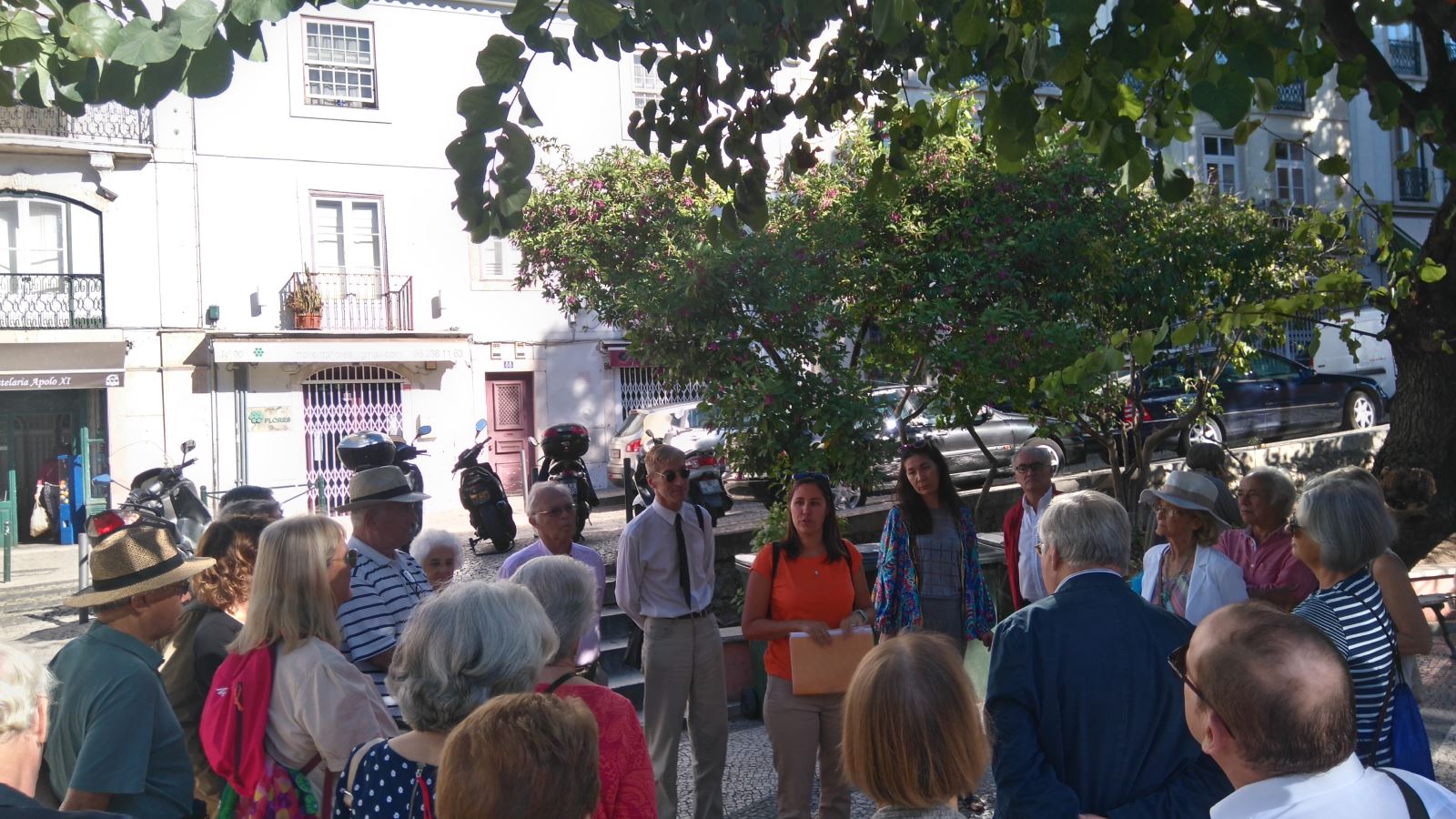 After the tour ended, some of the members present sat down to lunch in the ‘Caldo Verde’ restaurant.