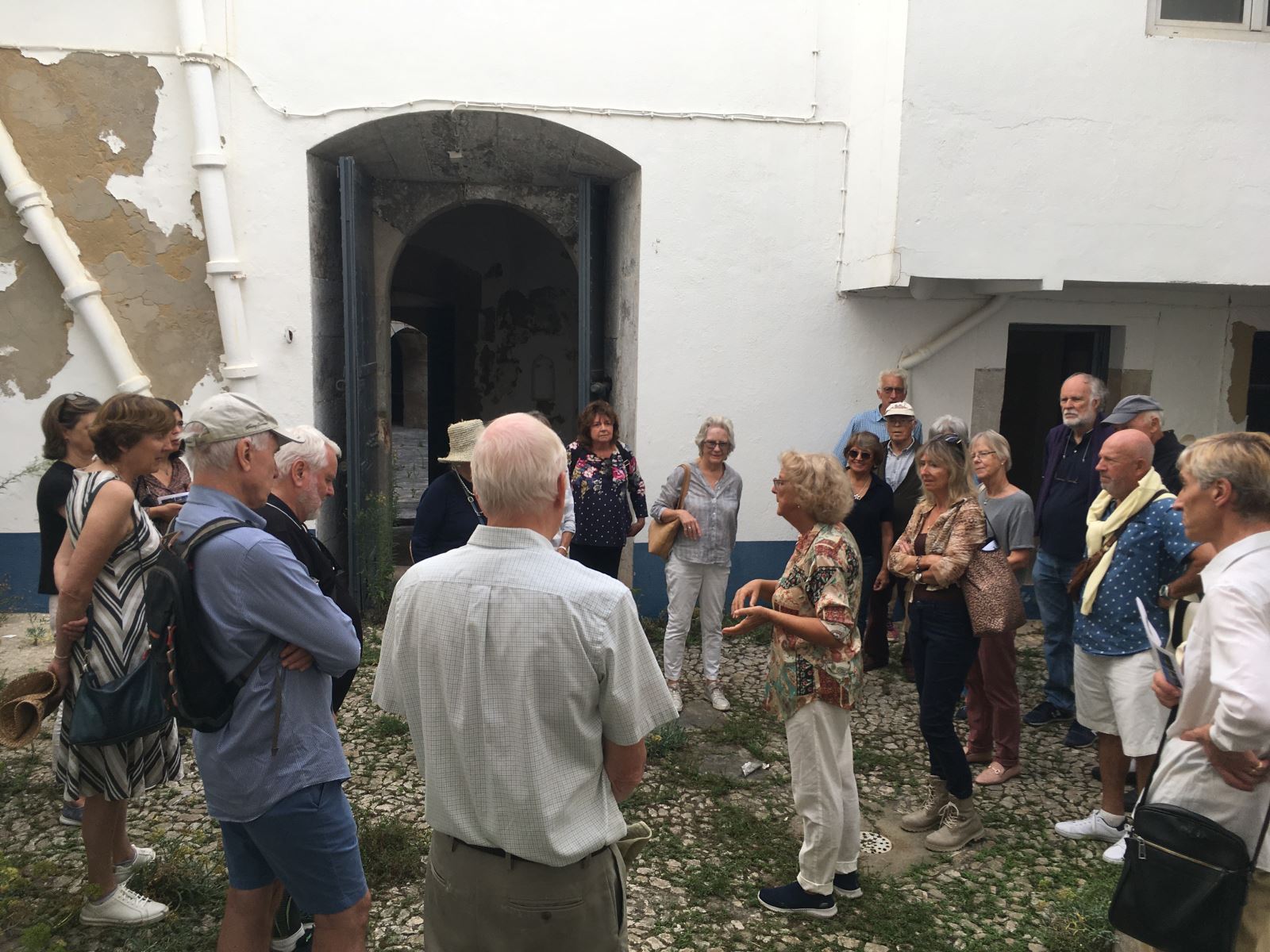 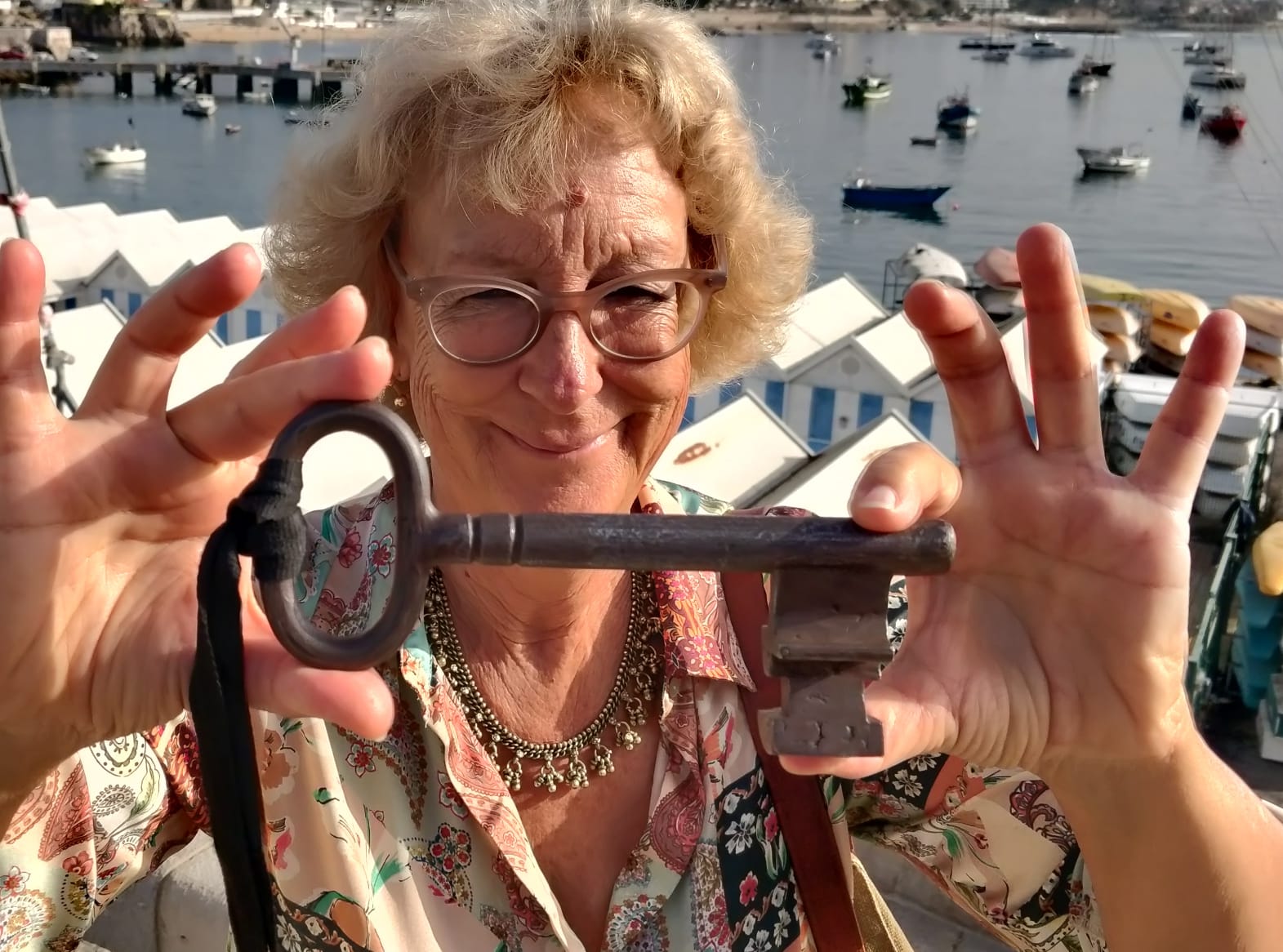 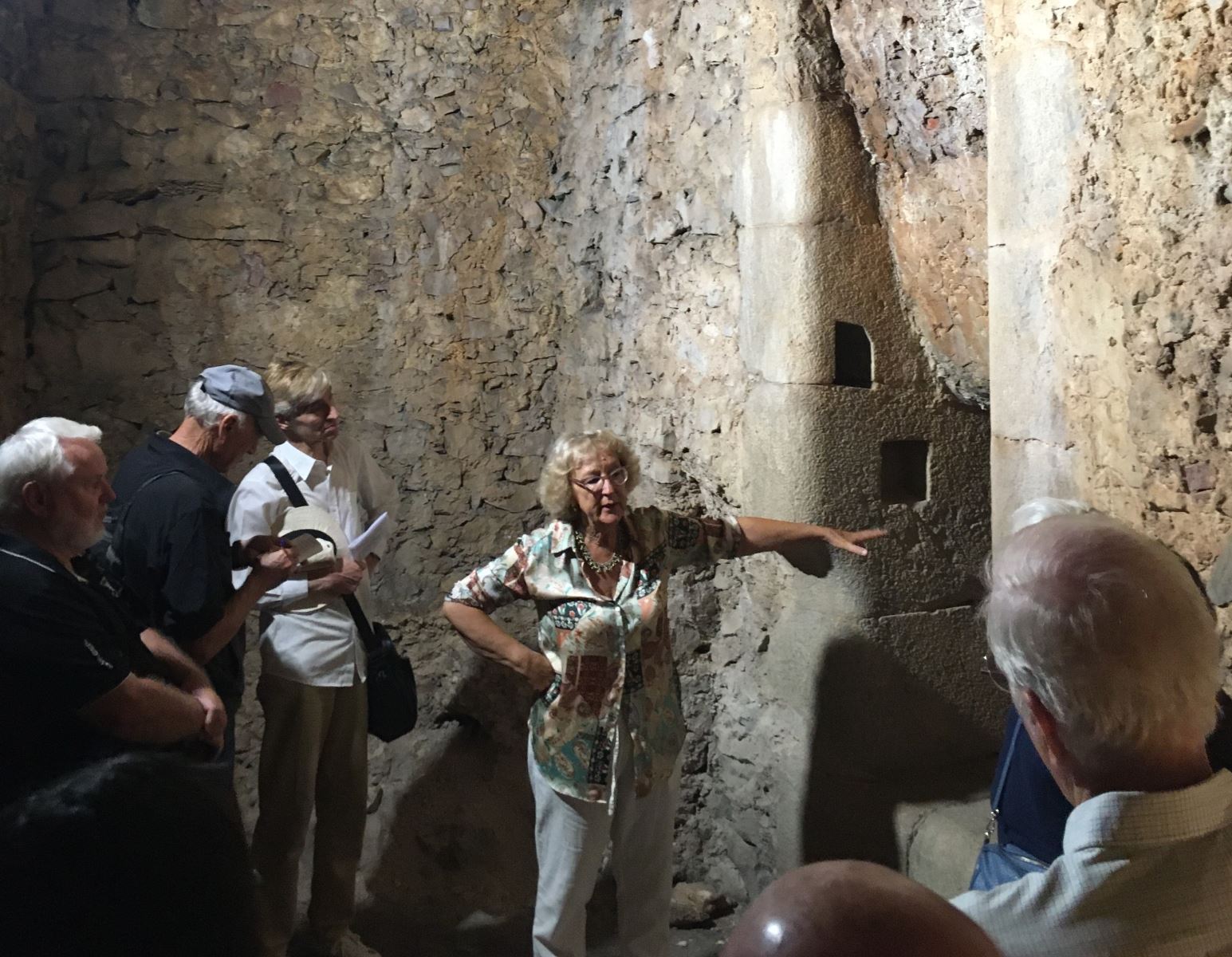 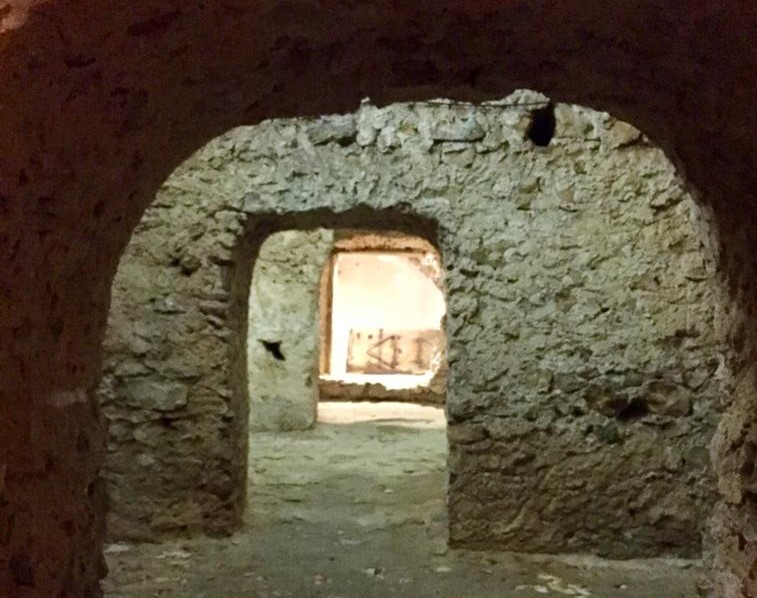 25 members gathered at the statue of King D. Carlos in Cascais on Saturday 8th October for the Society’s first guided tour of the coastal fortifications built to defend Lisbon, which concentrated on the three 15th-century forts.  There will be two further tours of more-recent fortifications, built over a period of 500 years. King D. João II (1481-1495) prepared a plan for the defence of the Tagus Bar and Lisbon based on three forts:  Torre de Santo Antonio de Cascais, Torre de Sao Vicente de Belem, and Torre de Sao Sebastião de Caparica.  We were privileged to start the tour with a visit to the ruins of Torre de Santo Antonio in the presence of Dra. Margarida Ramalho, a well-known archaeologist and university professor who is a first cousin of the Society’s longstanding Chairman, Paulo Lowndes Marques.

The Torre de Santo Antonio tower was built in 1488 on the site of an earlier fortification built in 1410-15. It would have had a square gun platform, similar to those of the two contemporary forts at Caparica and Belém. The earlier fortification was commissioned by D. João I (1385-1433) as a defence against pirates (including the corsair John Breton) and foreign navies, including the Spanish, although it was never used in action to stop a foreign attack.

These ruins are not normally open to the public, but we were permitted to enter through a side wall of the Cidadela near the Clube Naval. The ruins were first excavated by Dra. Margarida in 1986. She took us across the bridge, which was once a drawbridge, over the deep dry ditch, surrounded by walls built to encompass the tower.  We were shown the soldiers’ sleeping quarters and where food was prepared and stored.  Different archaeologists have different views about the purpose of the many unpaved small rooms, which are simply built with stone and mortar.  Dra. Margarida also pointed out slits where cannons could be fired out to sea, and explained that stone and iron cannon balls were found during the excavations, as well as 14th-century tiles and earrings. It is thought that one room could have been a powder magazine. In the floor of another room the body of a young woman had been found, and it was not clear why or how she had died.  Contemporary documents support the theory that she was the wife of a soldier and that the Governor of the fort kept her captive and then abandoned her in the fort just one week after she had arrived in 1829. Skeletal damage suggests that she may have been pushed backwards into the fort’s rubbish pit. The size and design of the tower was similar to that of the Torre de Sao Vicente in Belém, better known as the Torre de Belém. Francisco de Holanda drew a design of the Torre de Santo Antonio as well as others of the Bugio later on. He is famous for having painted one of the only two known portraits of Michelangelo.

The tower was later transformed by the additional building of three bastions, becoming the Forte N. Sra. da Luz, and was later amplified to become the Cidadela. One of the bastions was taken over by the Navy in 1936, and Dra Margarida described some of the remnants she found from that time. In 1833, the basement rooms we saw had been used as dungeons where the Miguelistas kept some 180 Liberals as prisoner during the Civil War, including Manual Jorge Carneiro, one of the leading Liberal strategists.

After our visit we walked to the Cascais station and took the train to Belém, to catch the ferry to Trafaria near Caparica.  To the west of Porto Brandao, we had a unique opportunity to see the ruins of Torre de Sao Sebastião, beside the abandoned Lazaretto (or Lazaret) quarantine station and sanatorium, which was later used as accommodation for ‘retornados’ from the African colonies. The fort would have been much altered from its original structure, which in 1488 would have extended to the level of the river with a square firing platform for cannons to provide enfilade fire across the River Tagus towards the Torre de Belém.  King D. João I had also provided for at least one warship being anchored in the centre of the river to provide a stronger defence of Lisbon. 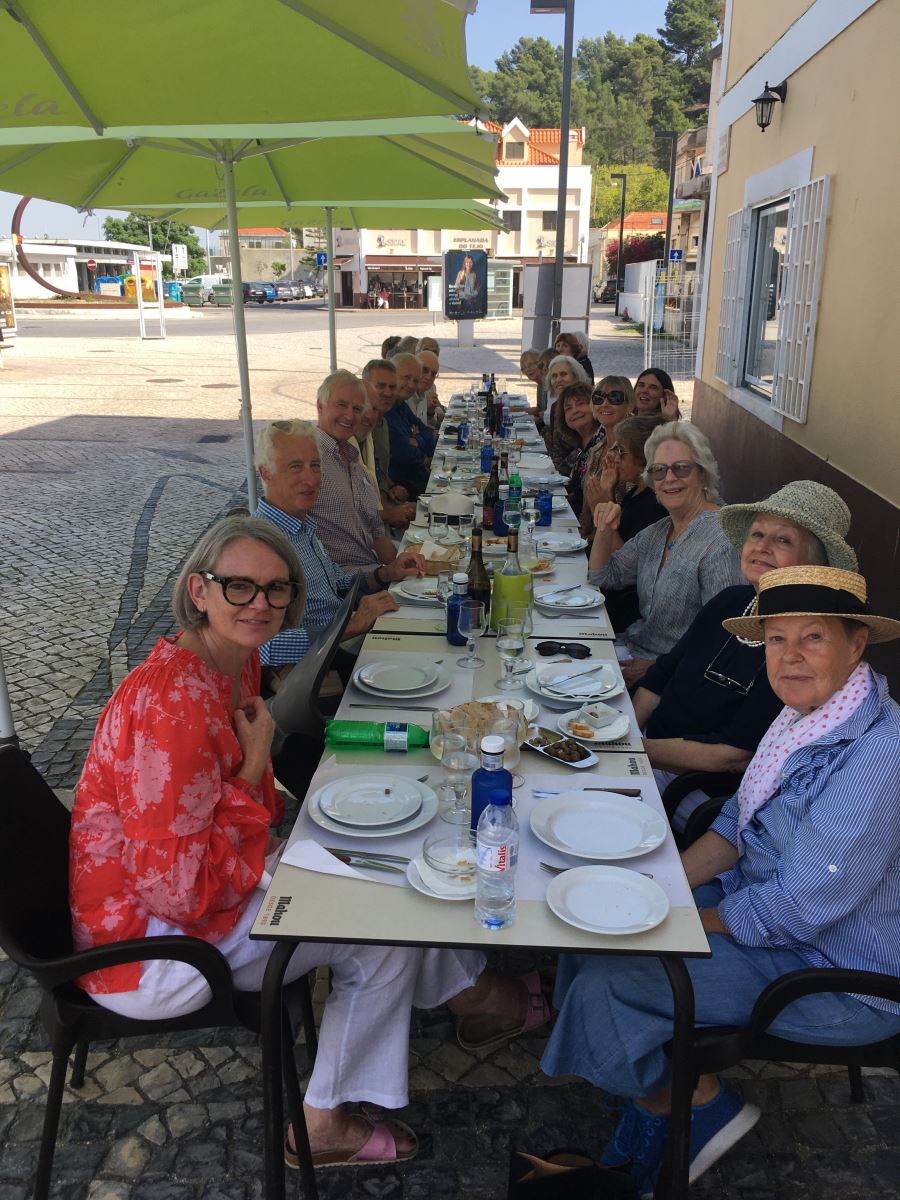 After an excellent lunch at the Antiga Casa Maritima, on the Trafaria waterfront, we returned to Belém and some of us walked to visit the Torre de Belém, constructed on the orders of King D. Manuel I in 1516, when he revisited D. João II’s proposal of 20 years earlier.

Many thanks to Dra. Margarida Ramalho for the fascinating visit to the Citadel and to our Vice-Chairman, Mark Crathorne, for both being a very knowledgeable guide and ensuring that all went smoothly with our complex itinerary. 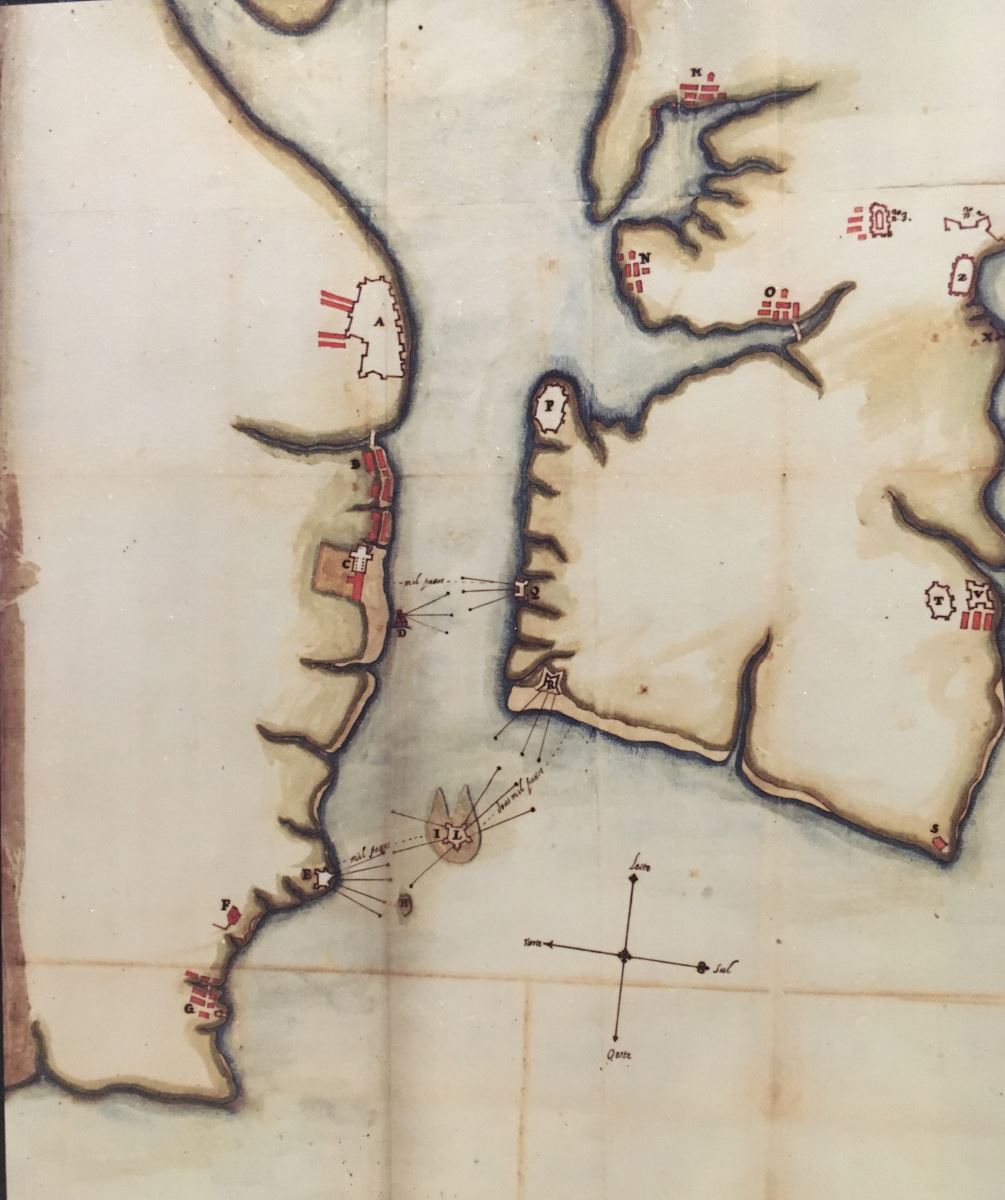 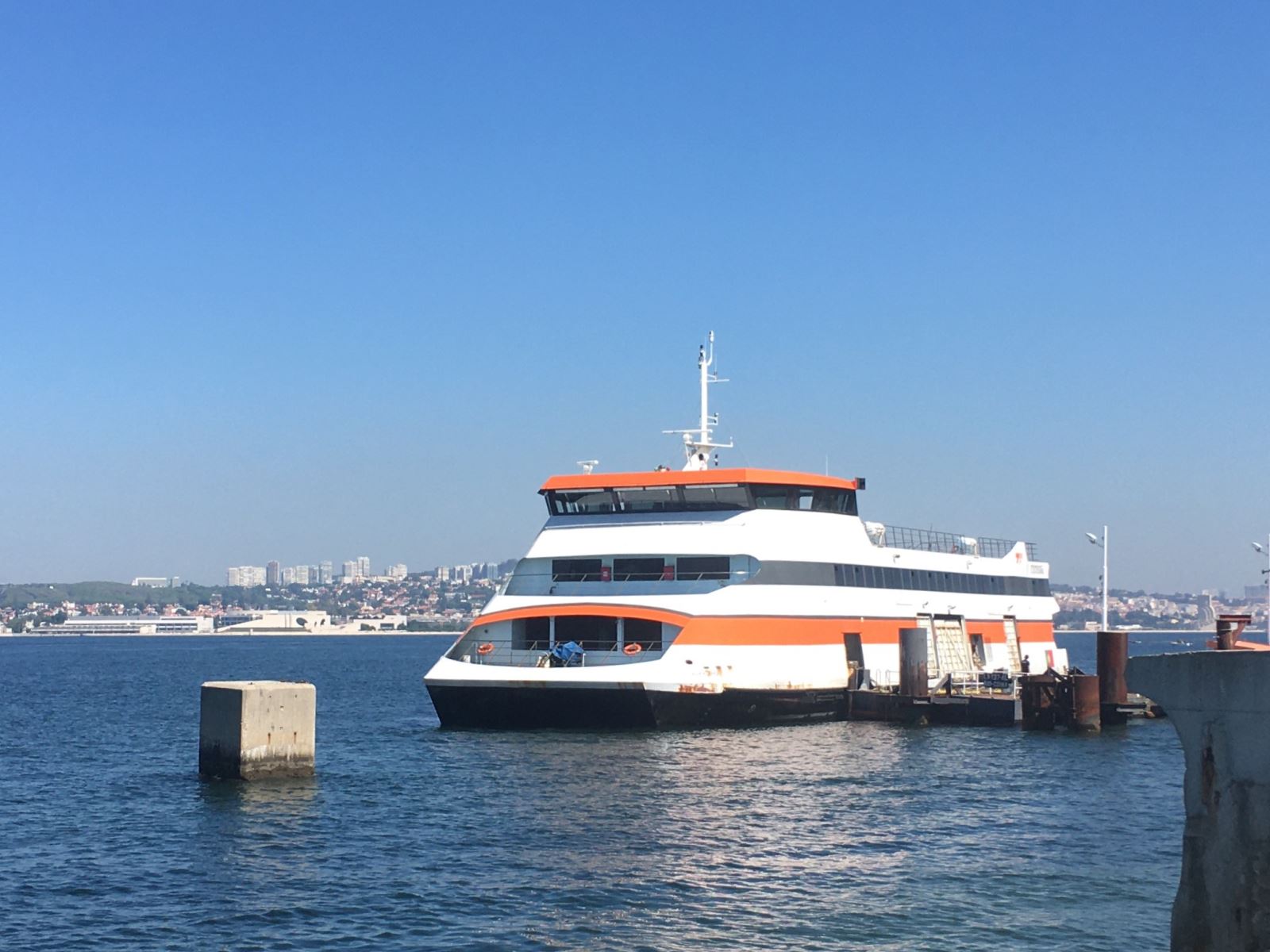 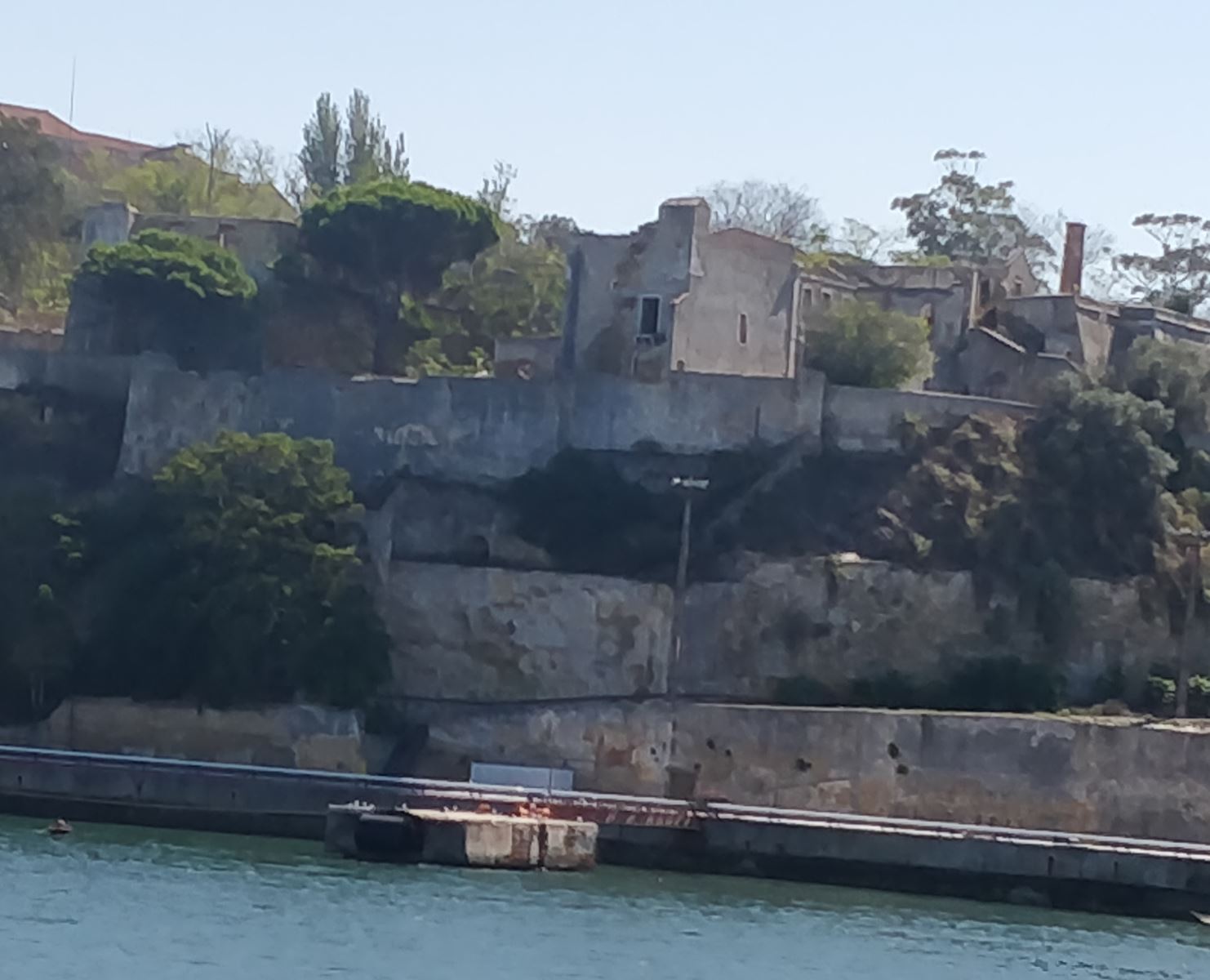