Twenty seven members of the British Historical Society visited the Convent of Christ, Tomar on Saturday, 8th April, where they were welcomed by Helen de Castro, who was to be our guide for the visit. Helen, who lives nearby, was highly knowledgeable about the monastery and its history. She gave us a brief history of the Tomar region and the history of the Knights Templar, and pointed out many historical facts as she guided us around the Convent. 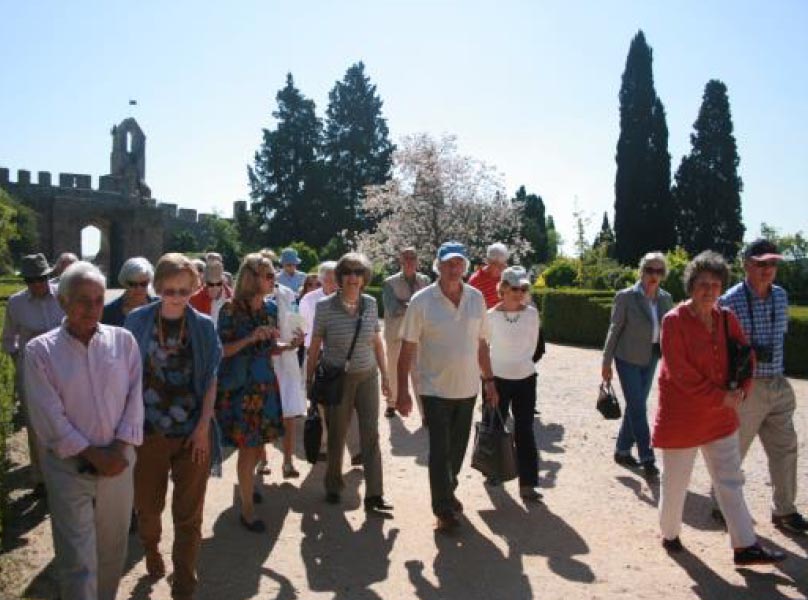 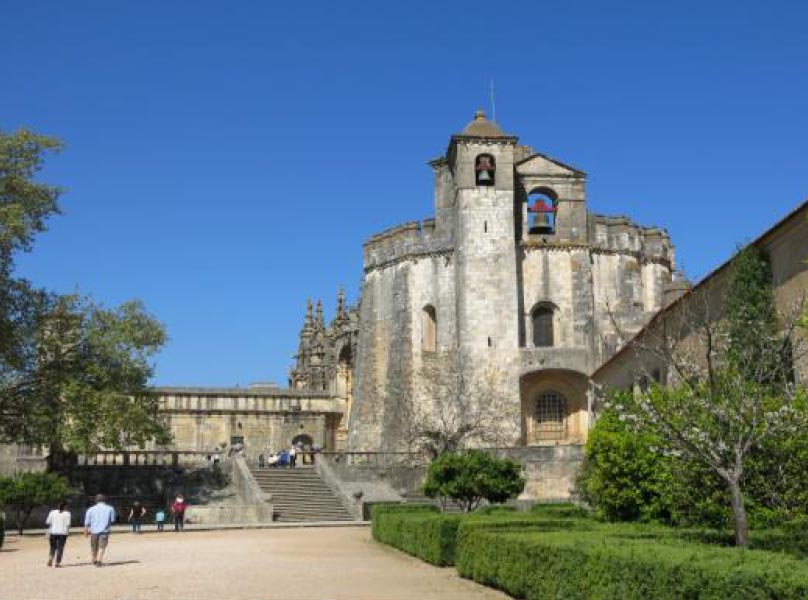 She explained the distinct architectural styles of the buildings constructed by the Grand Masters Henry the Navigator, D. Manuel I and D. João III. Of particular interest were the original castle built in 1160 by the First Grand Master, Gualdim Pais, with the sloping bases of its walls, the Charola, where the Knights attended Mass on horseback, and the Manueline window, with an impressive sculpture of a dragon, inspired by voyages by Portuguese navigators to China.

After the tour, we were invited by Helen and her husband, Dom Luis de Castro, Conde de Nova Goa, for lunch at Quinta da Bizelga, his ancestral home. They gave us a brief tour of the Quinta and gardens. We were also shown the Guest Book page where Princess Margaret’s signature was recorded in 1959, when she spent a weekend at Bizelga during a State visit to Portugal. Over 1,000 candles and oil lamps were lit, as the estate had no electric power until 1980. 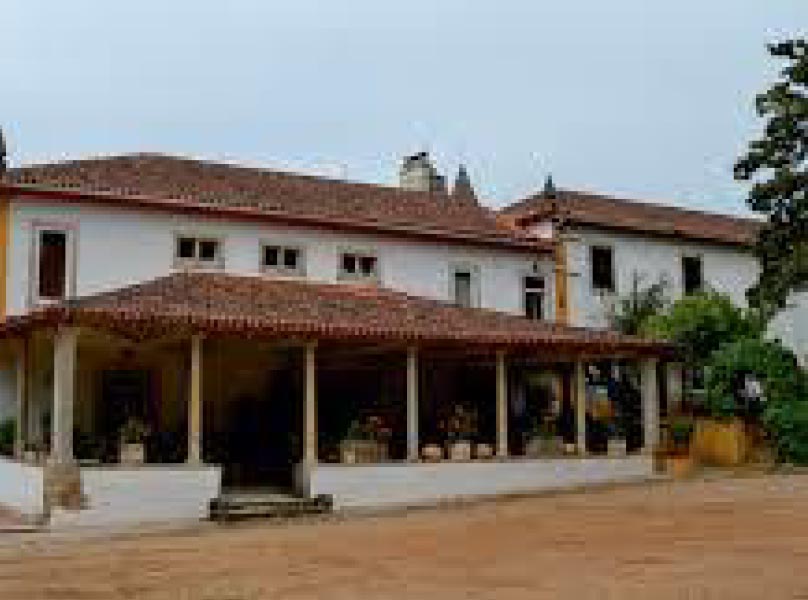 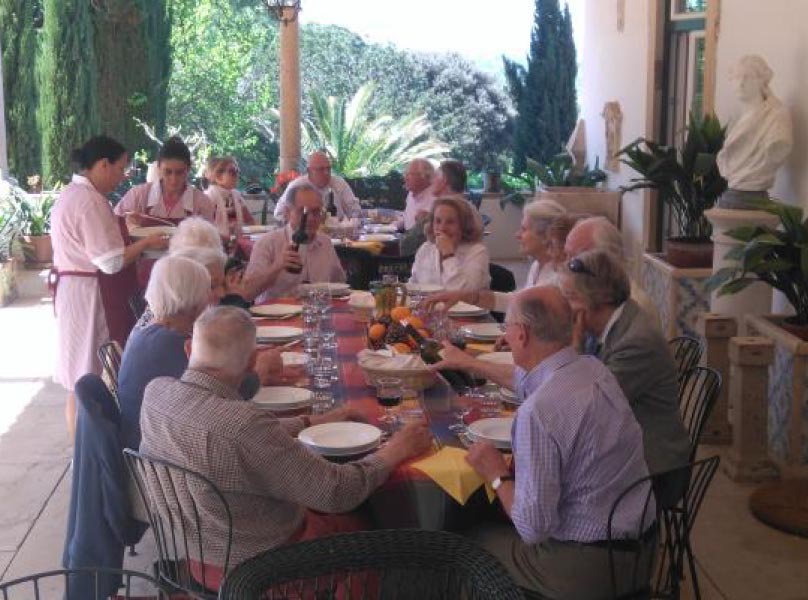 Quinta da Bizelga was purchased in 1577 by Antonio de Abreu. The Abreus were commanders of ships ‘de alto bordo” (large warships), which spent four years at a time in India or other Portuguese colonies. Through marriage the estate passed to the de Castro family in the 18th century. Ten generations of the de Castro family served the Portuguese Crown in India without interruption, since 1550, often as Governors and Viceroys. They returned to Portugal in 1855 and often stayed at Quinta de Bizelga, which became a ‘model farm’ at the turn of the 20th Century, when an ancestor was Minister of Agriculture.

For further information see the websites below: