33 members of the BHSP travelled by coach on the last weekend in September to visit the main historical sites of Aveiro and Ílhavo. With a well-organised packed programme over the two days, we were treated to a wealth of history and impressive scenery and wined and dined extremely well. 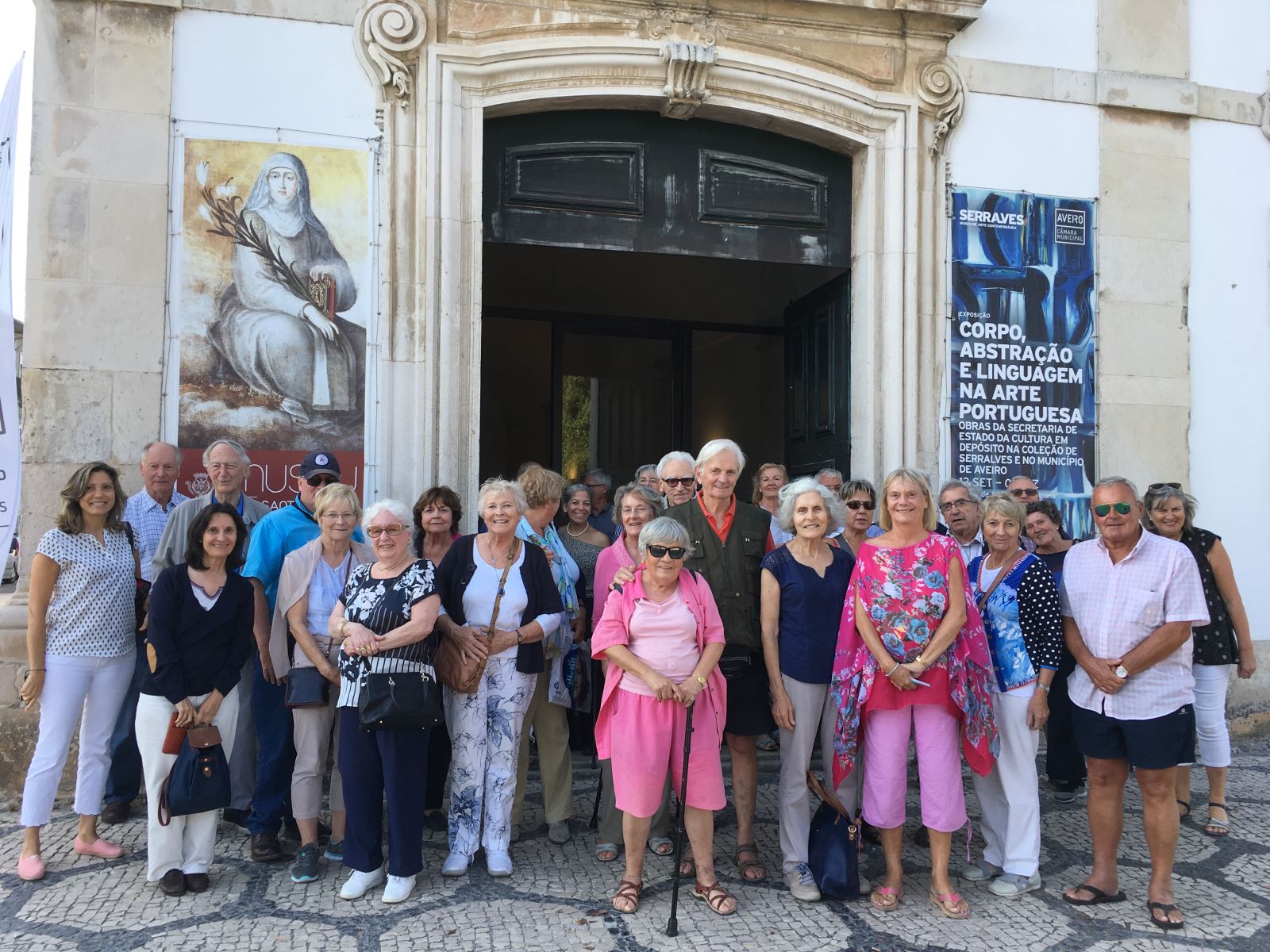 Much of the charm of Aveiro is centred on its salt water canals, giving rise to the name of the "Portuguese Venice". In 1575, an incredibly powerful winter storm dredged up the seabed, forming a sandbank along the mouth of the harbor, blocking the port to create a series of lagoons which were latterly explored for the production of salt and kelp (seaweed) for agricultural fertilizer. We went on a trip through the canals on one of the moliceiro boats which was originally built to transport the kelp and saw the piles of sea salt and also the Art Nouveau houses built along the side of the canals by the emigrants who returned from Brazil towards the end of the 19th Century. 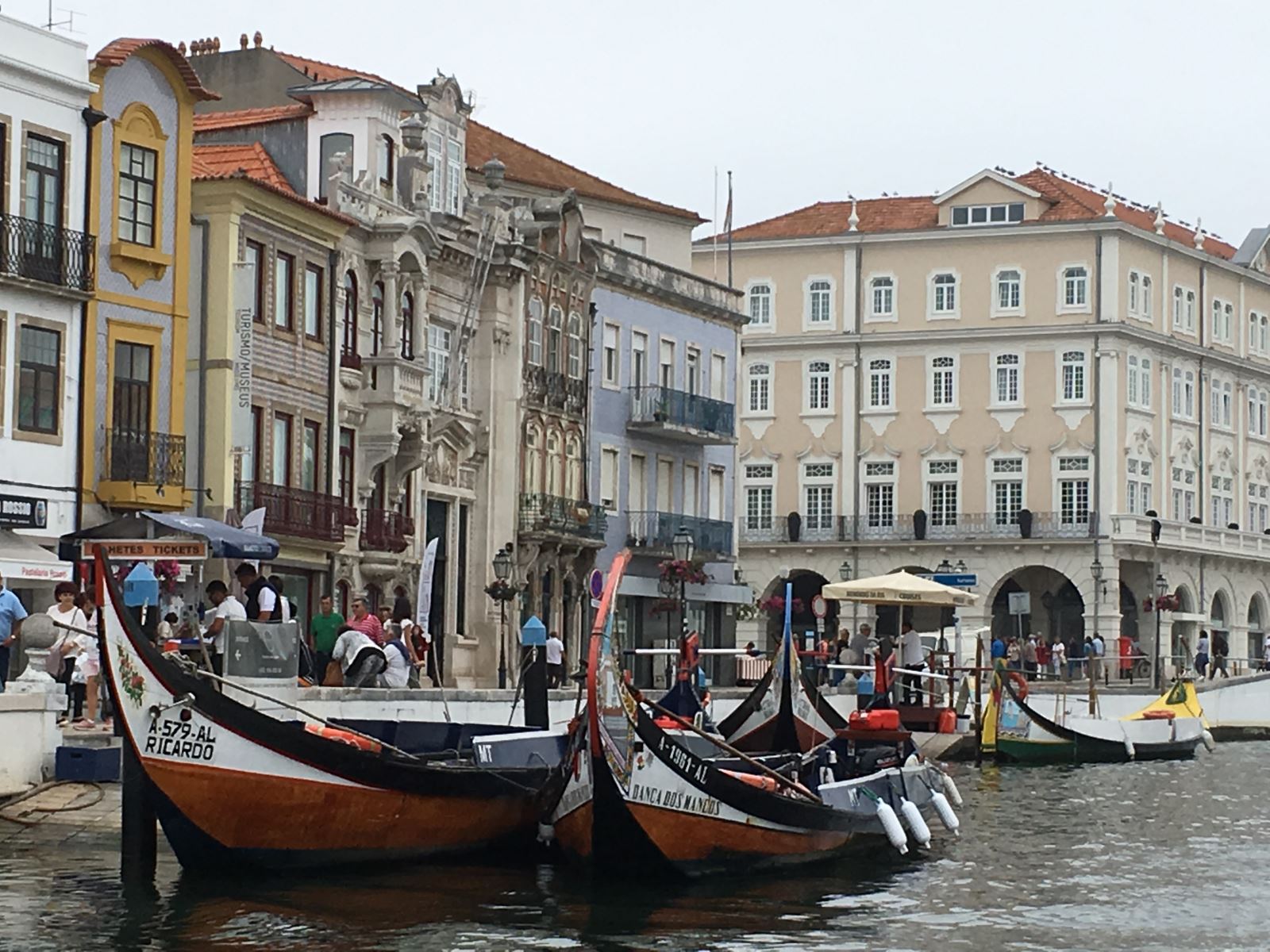 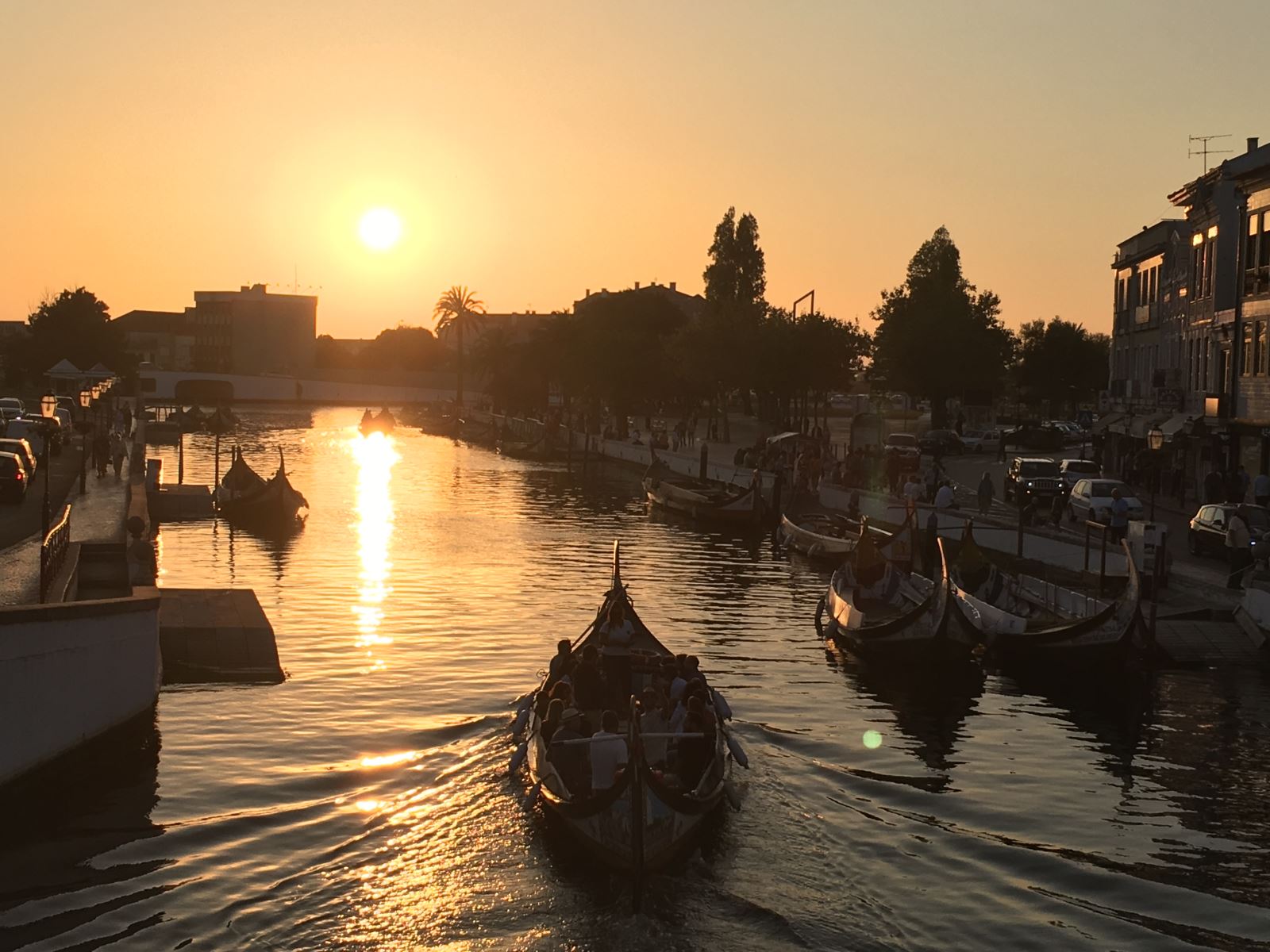 The importance and prestige of Aveiro grew when Dona Joana asked her father, Dom Afonso V, if she could join the sisterhood of the Convent of Jesus in 1472, as an act of thanks for his conquest of Arzila in Northern Africa. She lived a saintly life and on her death in 1490 she was buried in the impressive inlaid marble sarcophagus which can be seen today. We marvelled at the Baroque chapel, heavily gilded in gold leaf and decorated with 17th Century tiles, where the gentle strains of Schubert entertained us before we walked through the cloister dating back to the late 15th Century. The museum houses a never-ending display of mainly medieval artwork, with many works depicting ‘Santa Joana’, including a more modern one by the Oporto artist Armando Passos (born 1944). The 16th Century painting from Bruges on wood is of the Virgin Mary breastfeeding the infant Jesus, which is very rare. 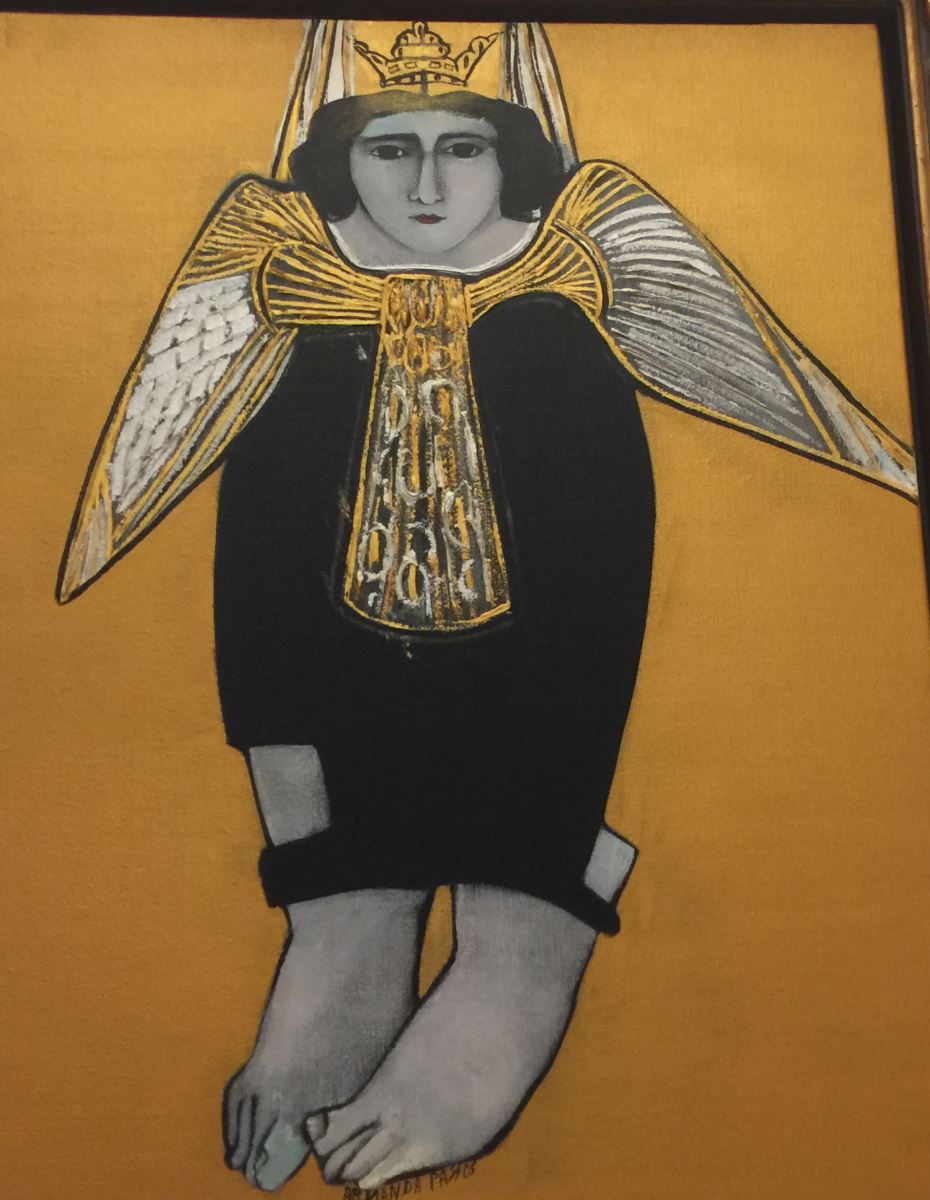 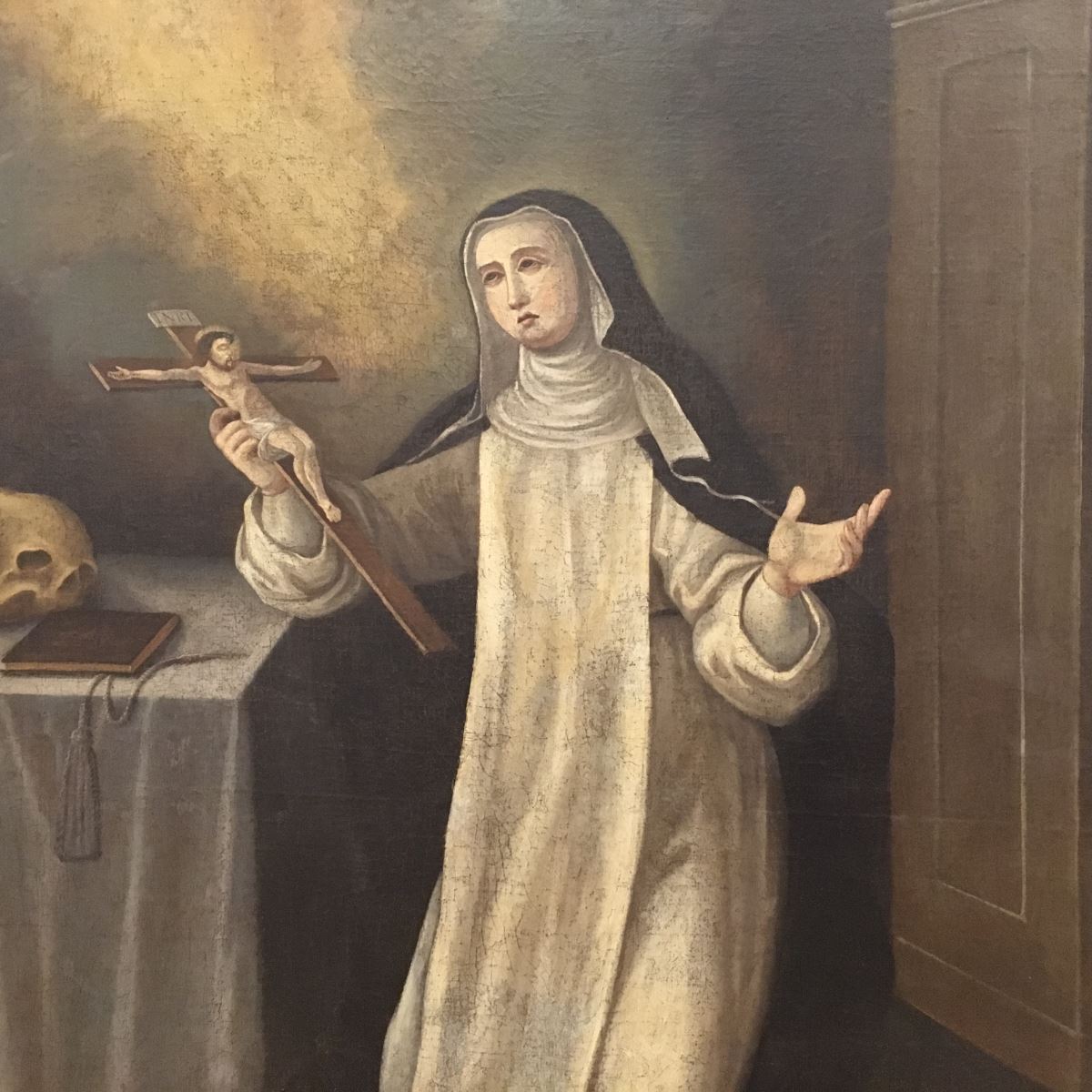 Ílhavo has for centuries been associated with the fishing industry, not only in the Aveiro lagoons, but also much further afield in Nova Scotia, Newfoundland and Greenland, where the Portuguese have been fishing for codfish since the 15th Century. At the impressive Maritime Museum, not only did we learn all about the life of the brave mariners, but also had a chance to see real live cod swimming around in an aquarium – my, are they pale and ugly! The fisherman would spent seven months at sea, living in the wooden ‘mother boat’ – with no chance of having a bath! Rising at 4 am in freezing temperatures they would row out at 6 am in small single-man ‘dory boats’ to practice ‘Faina Maior’ cod fishing with mind-boggling two mile-long lines and 700 hooks up until 6pm, when the schooner would ring a bell and the weary fishermen would row back through the cold sea mist to unload their catch which was then gutted, slit down the middle and conserved in kilos of Aveiro salt in the hold.

We were able to clamber aboard a reconstructed wooden ‘mother ship’ and see the tiny dories. To the side we saw a recreation of the areas under deck, such as the Officers’ Berths and the Salting Hold. The other exhibitions housed displays of period photographs and various boats and model boats, as well as a large collection of sea shells from all over the world. 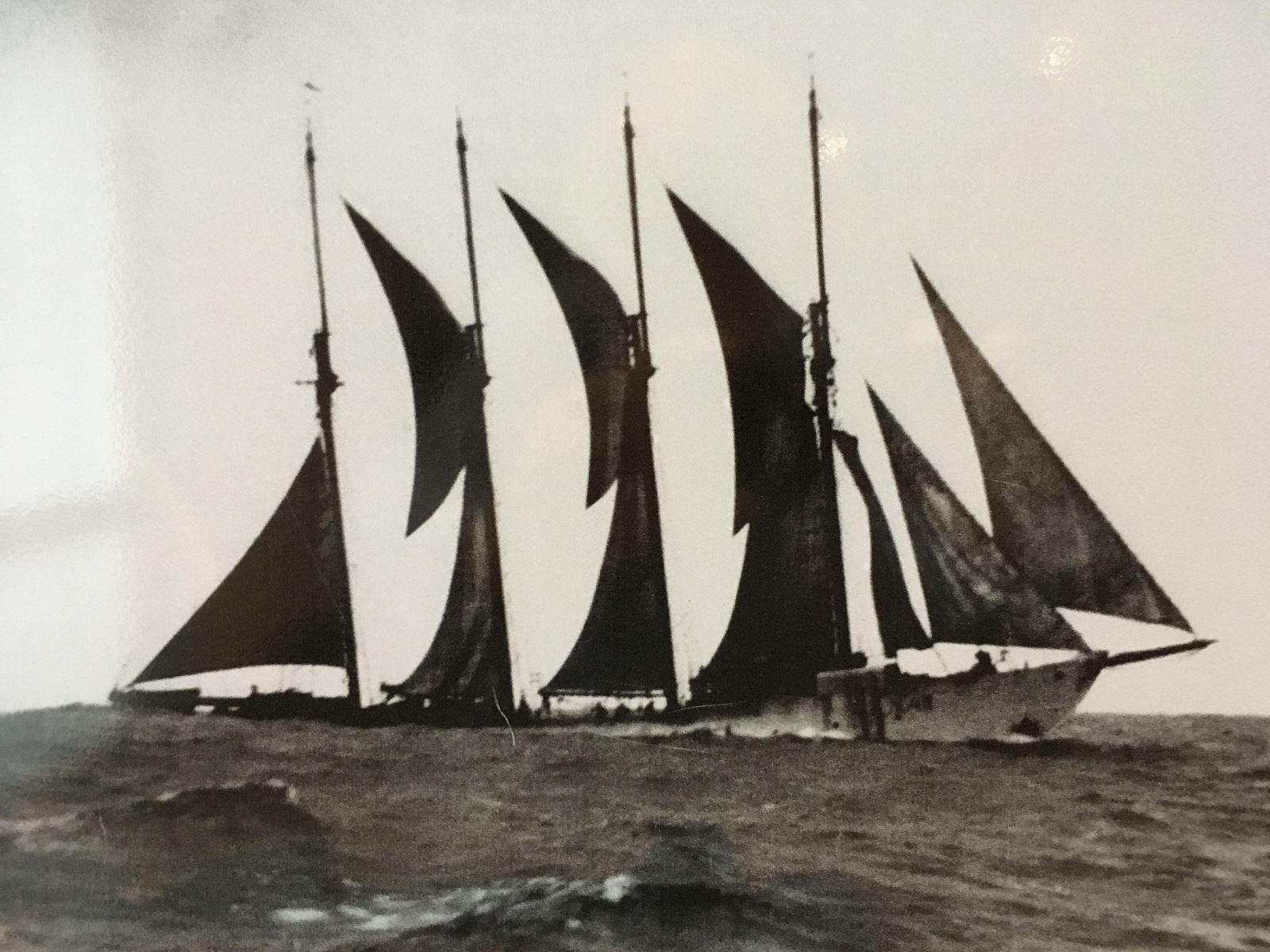 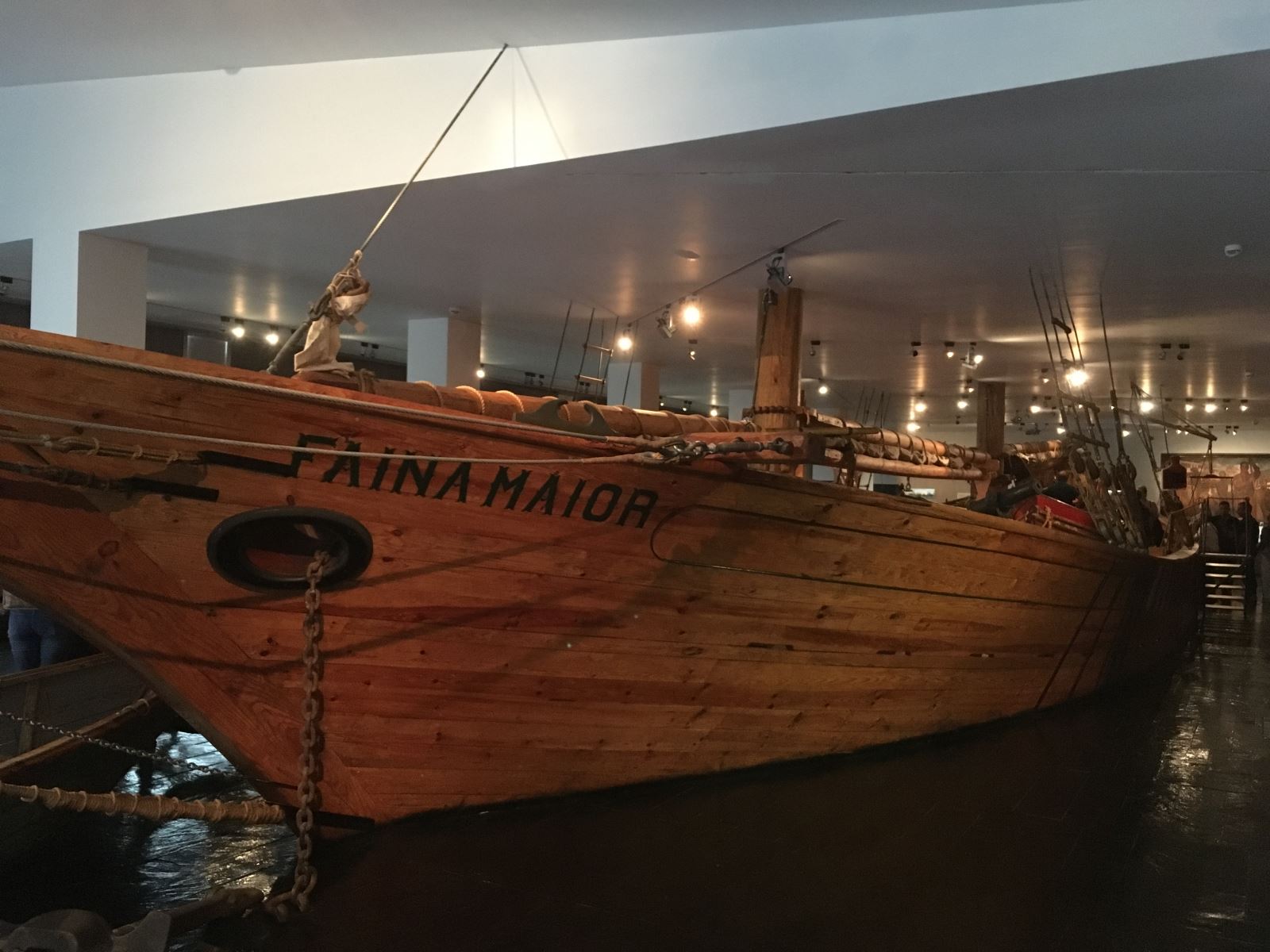 Ílhavo is also home to the Vista Alegre Ceramics factory and museum which is still very much a going concern, employing over 700, many of whom produce 14 million pieces of porcelain a year for IKEA! The Fábrica da Vista Alegre was founded by José Ferreira Pinto Basto in 1824, having brought the land in 1816, including the magnificent baroque church of ‘Our Lady of Penha França’, which was constructed for Moura Manuel, the Bishop of Miranda, in 1690. We saw his magnificent mausoleum and the Sacristy, with its very low ceiling, which is beautifully painted around the Bishop’s coat-of-arms. 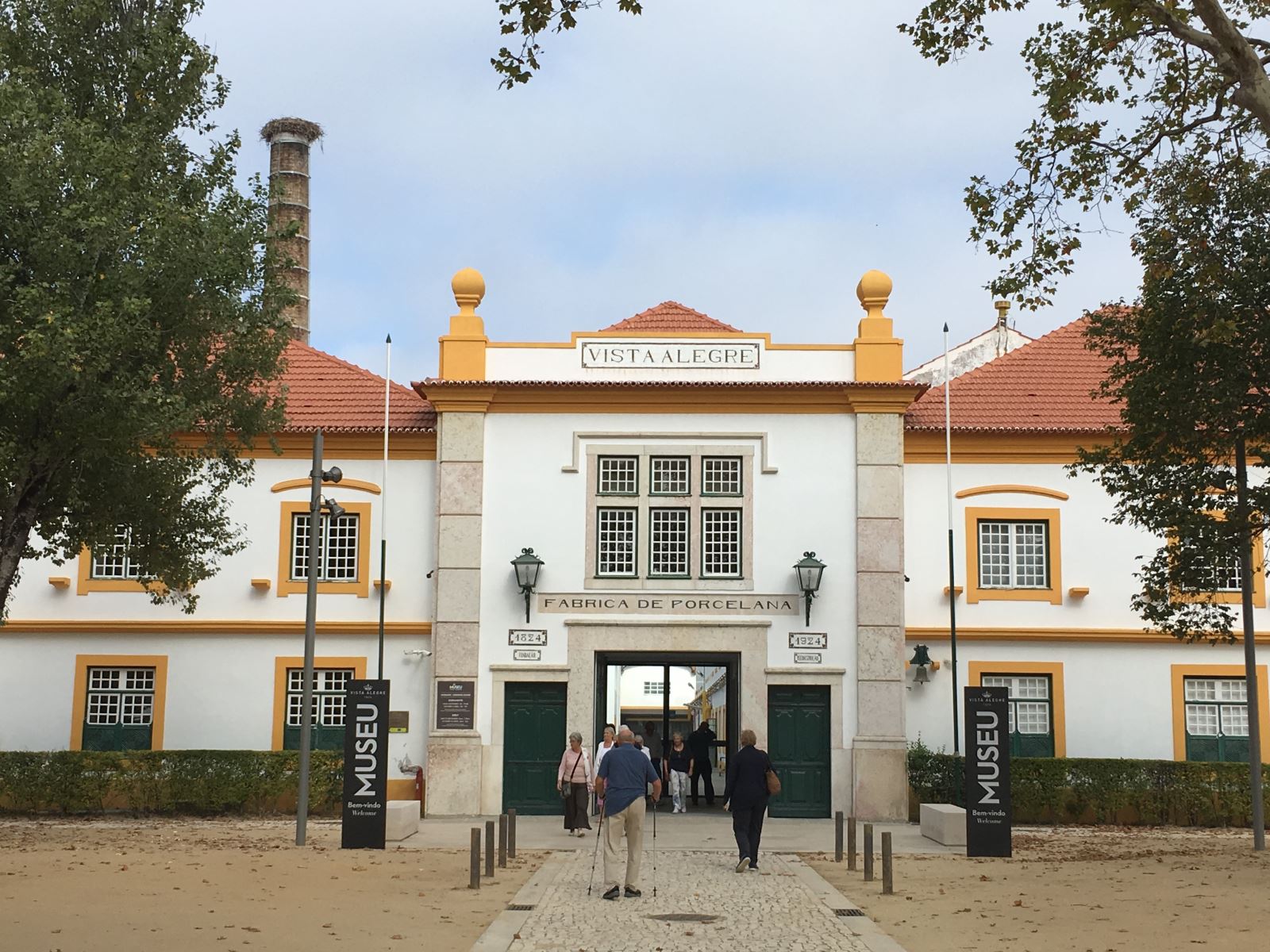 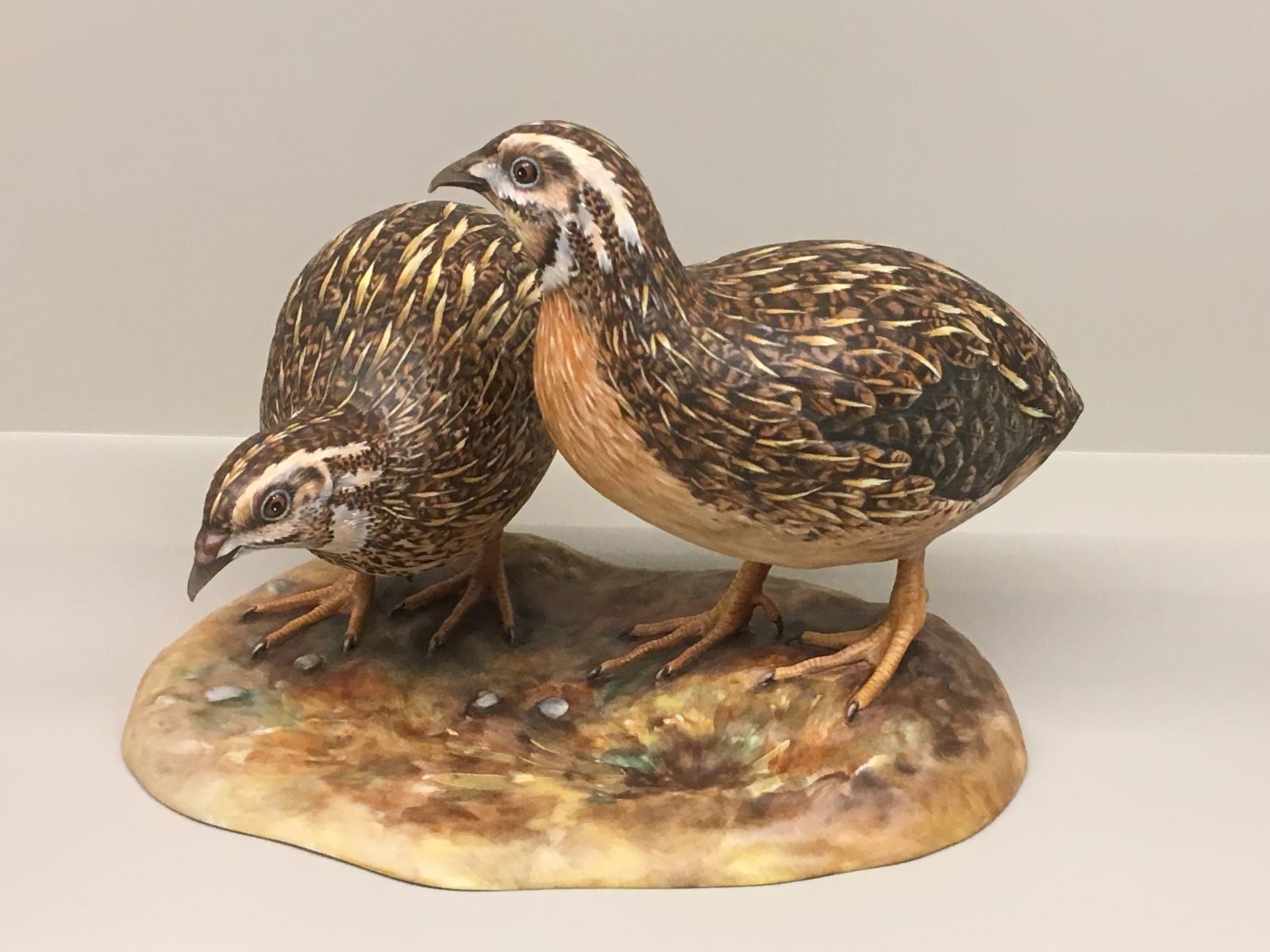 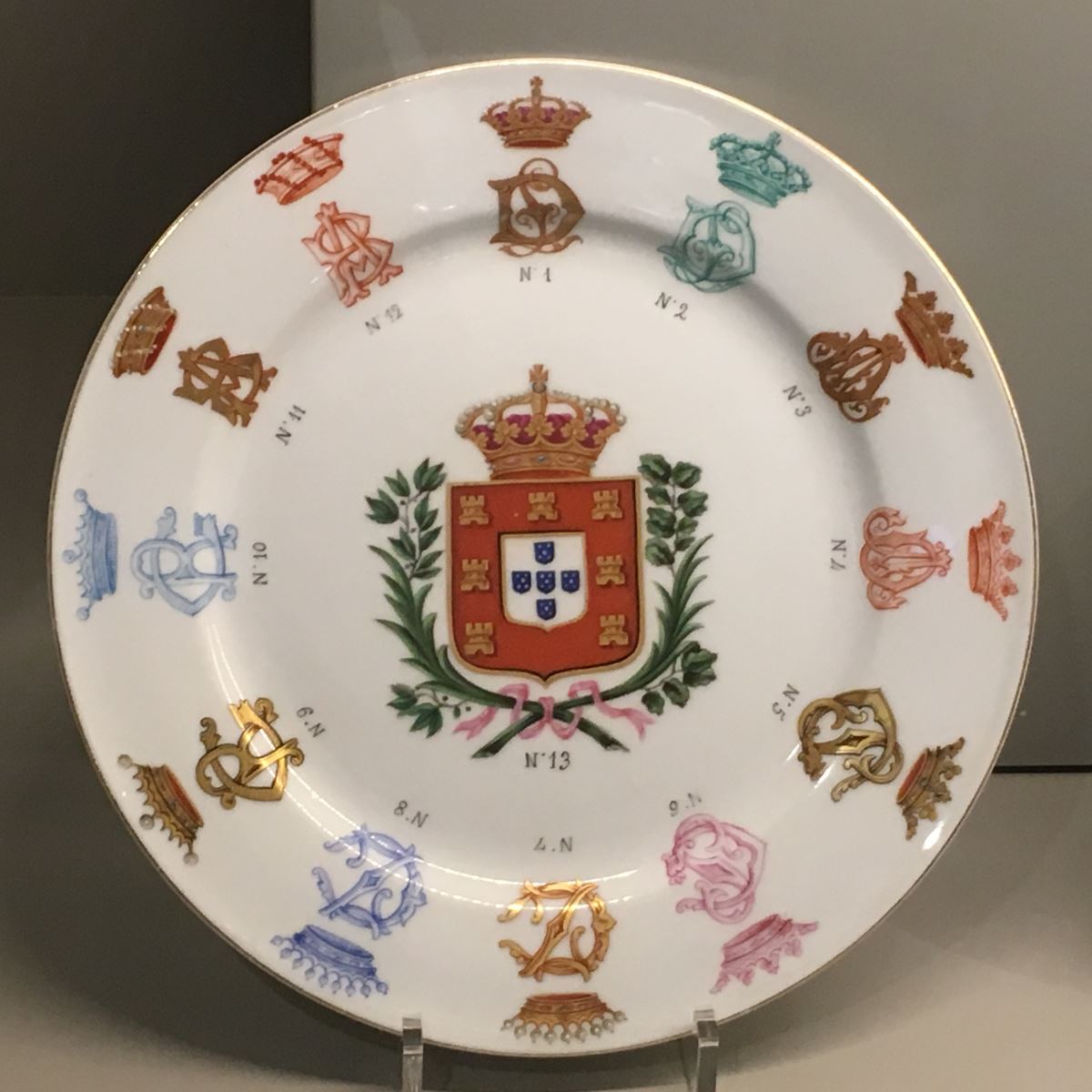 Before producing porcelain, Vista Alegre produced glass and crystal of the finest quality. The museum houses a vast collection, including 13,000 first edition pieces dating back to 1826, as well as the revolutionary glass catalogue published by Vista Alegre in 1829. Our guide explained the intricacy of the production of some of the beautiful pieces and the importance of the French artistic director, Victor Rousseau in 1835 and also showed us one of the early kilns, where firing took a total of 15 days to complete, at 1,000º C! 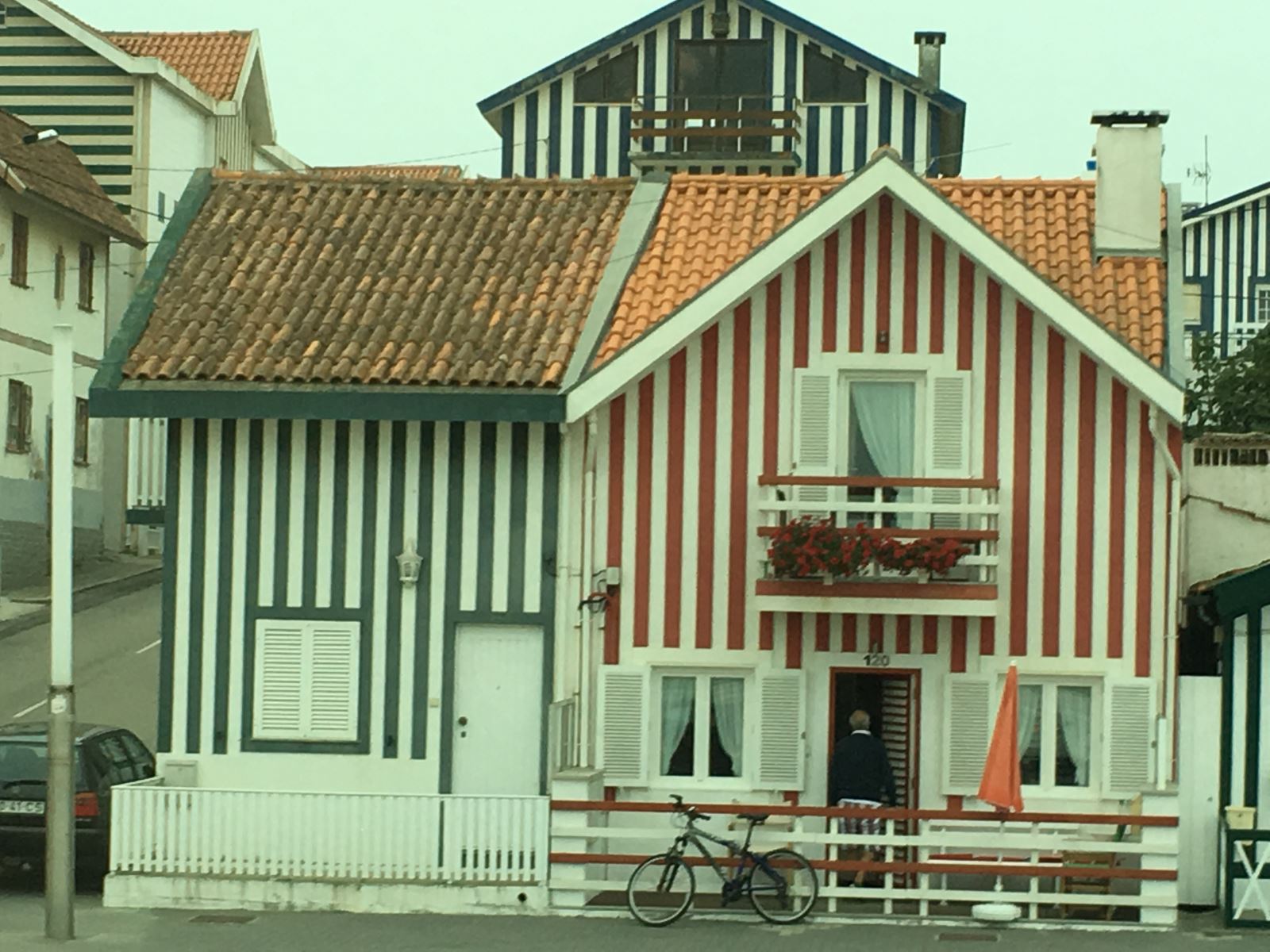 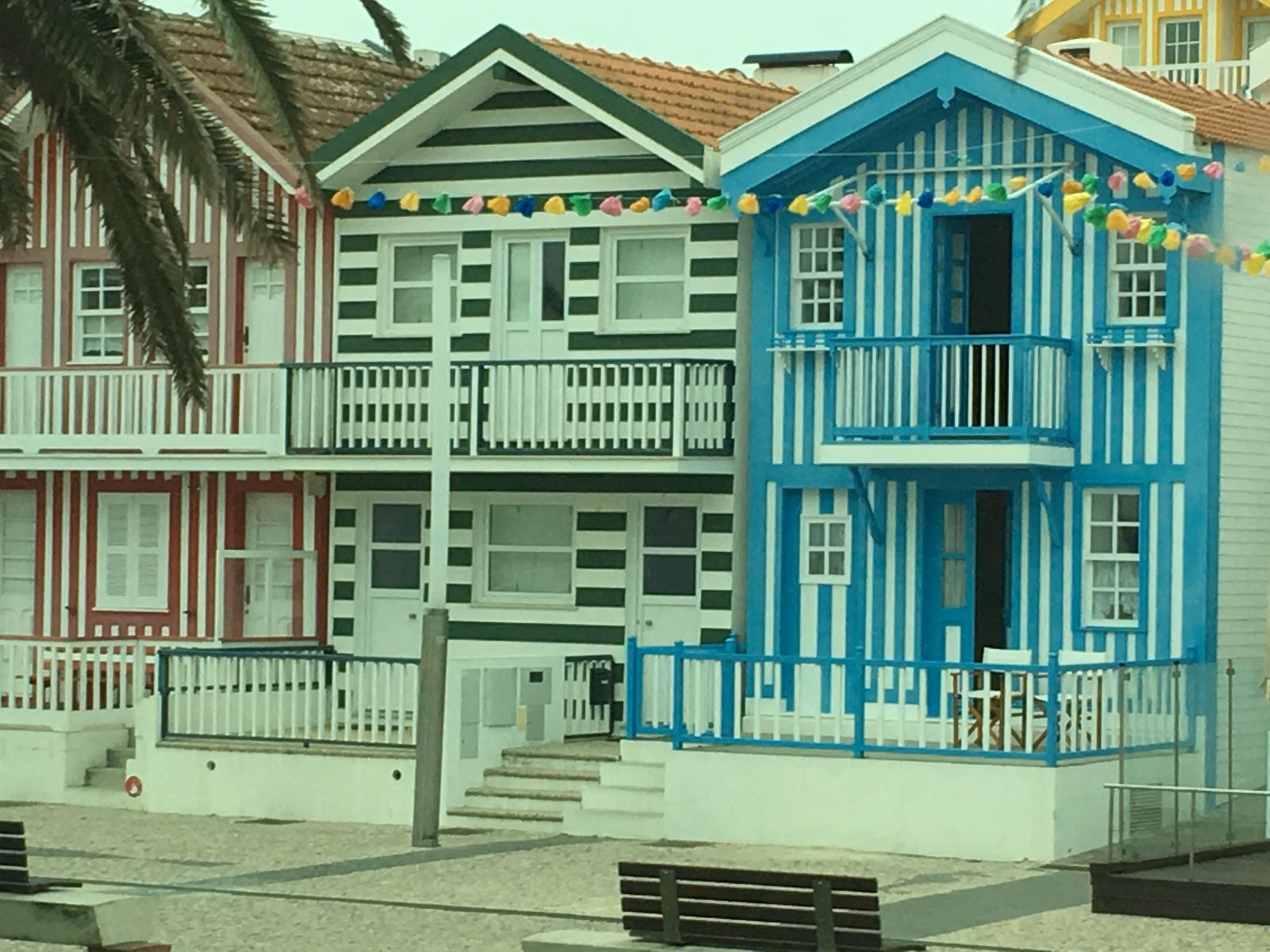 To end a memorable visit, we drove out to the ‘Costa Nova’ to see the gaudily striped ‘Dutch’ houses.