The Annual General Meeting of the British Historical Society of Portugal took place on the 7th of July.

As usual, the Society created an interesting day around the formalities of the meeting. 60 members were present, including those from the Algarve and UK.

We started with a morning visit to the Picadeiro Henrique Calado in Belém, where we were shown around the stables and then saw the Lusitano horses of the Portuguese School of Equestrian Art undergo their daily training in the “picadeiro” itself. The School was founded in 1979 to to uphold the teaching and promotion of traditional Portuguese equestrian art of the Court in the 18th Century. It performs regular gala displays both in Portugal and abroad, where the riders dress in eighteenth century costumes. 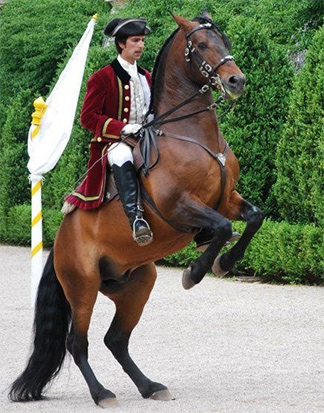 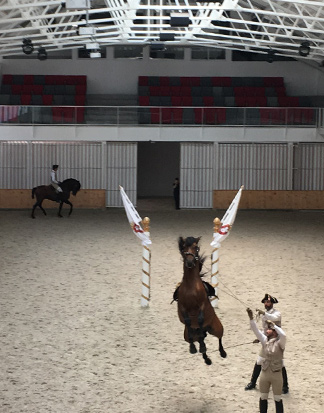 We then adjourned to the nearby home of Dra. Isabel Lowndes Marques, whose late husband, Dr. Paulo Lowndes Marques, was Chairman of the Society for twenty-five years. After drinks and aperitifs on the terrace, their son, Dr. Filipe Lowndes Marques, ably chaired the business of the Annual General Meeting. Clive Gilbert, the retiring Chairman of the Society, thanked Mark Crathorne, vice-chairman, for his work as editor of the Society’s Annual Report and Review which included a “Timeline of Anglo-Portuguese Relations”, compiled by Dr. Paulo Lowndes Marques. Clive also gave a special welcome to our guest from Ireland, Sister Aileen Coates, known in Portugal as Sister Aedris, who had lived and worked as a teacher for over fifty years at the Dominican Community of Bom Sucesso in Belém. Sister Aileen had contributed an article on her childhood memories in the article on “Aileen’s Childhood Memories – From Singapore to Ireland”. 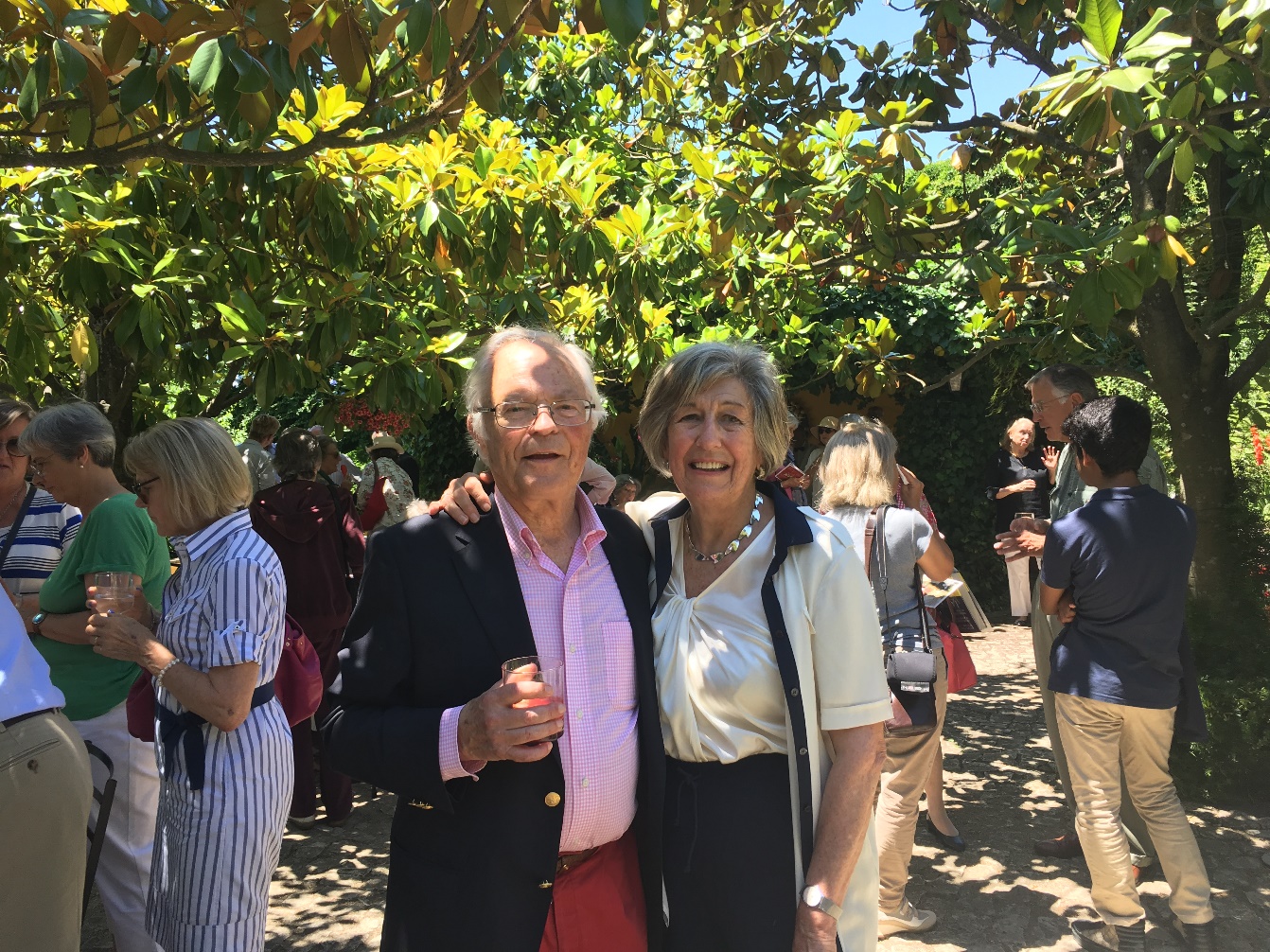 Clive thanked the other members of Council for their contributions during the year. Edward Godfrey had agreed to become the new Chairman and to continue as Treasurer, Danica Monteiro will continue in her role as Librarian and liaison with Members, and Ninna Taylor had agreed to be Secretary.

Formalities over, it was time to enjoy the magnificent buffet lunch in the old “adega” so kindly provided by our hostess, Dra. Isabel. Members were able to renew old friendships and make new ones. 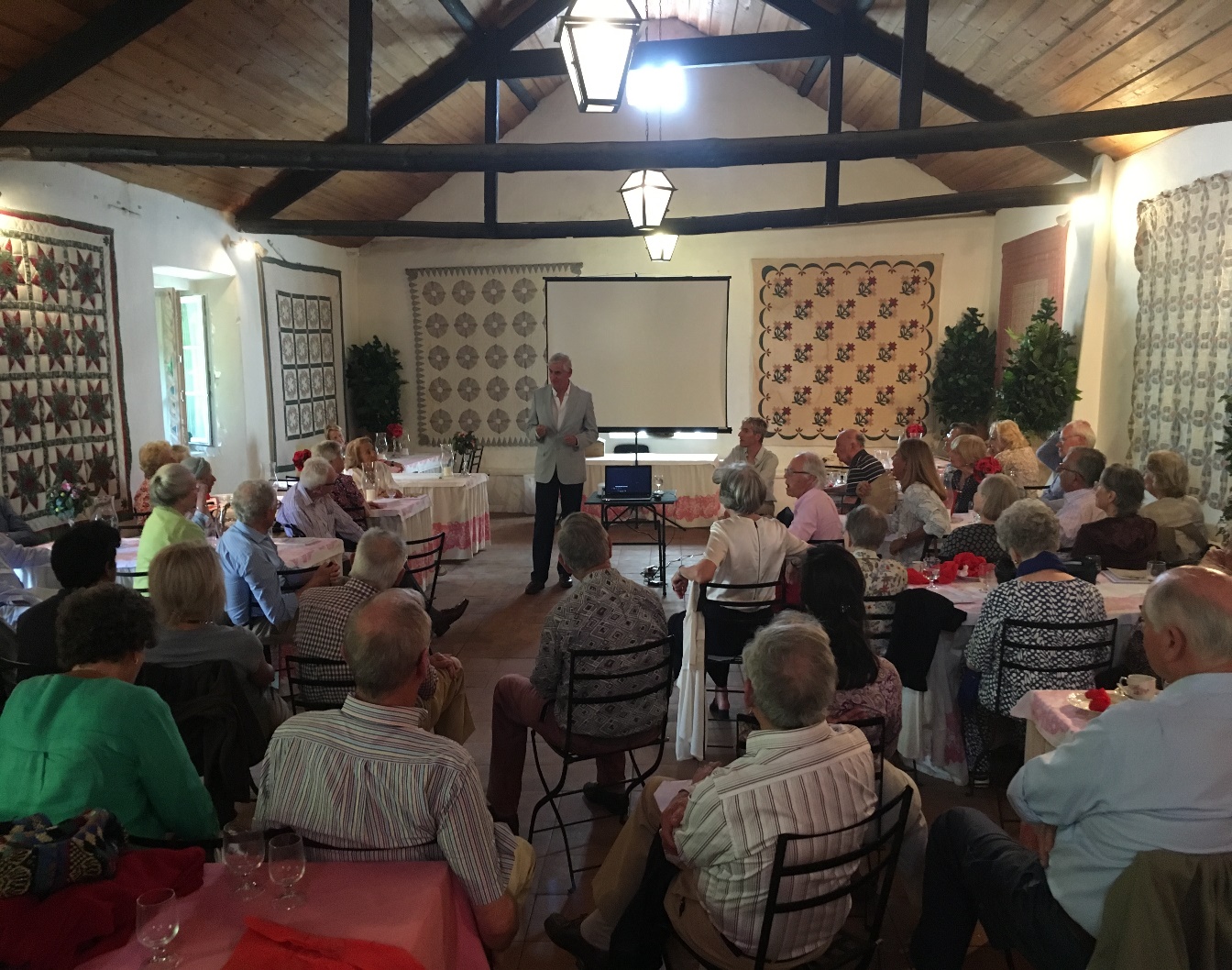 After lunch, Arq. Diogo Lima Mayer gave a Powerpoint presentation on the history and characteristics of the “Cavalo Lusitano”, emphasizing its descent from the “Cavalo Ibérico” originating in the south of the Iberian Peninsula, and that it was the first saddle horse, with special aptitudes for equestrian art and bullfighting. He explained the major differences between the Lusitano and Arab horse, namely the convex shape of the nose of the Lusitano, as opposed to the concave shape of that of the Arab, and the powerful compact body of the Lusitano, enabling it to jump into the air, fully stretching out its hind legs. 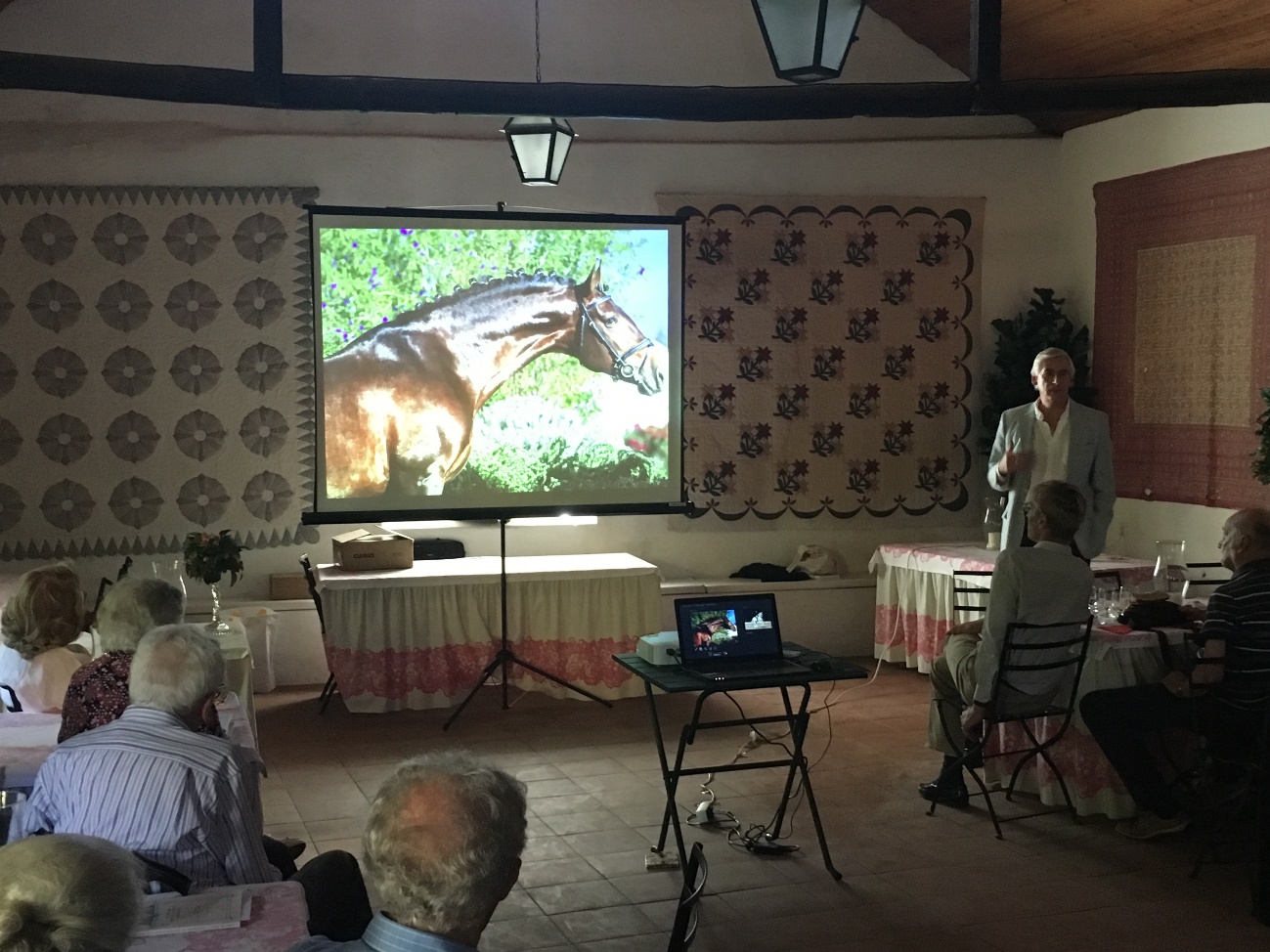 The event finished with the presentation of gifts to the Society’s Chairman, Clive Gilbert, on his retirement after 22 years’ service on the Council; to his wife, Emma Gilbert who was also retiring from the Council; to Arq. Diogo Lima Mayer; and to our most generous hostess, Dra. Isabel Lowndes Marques. 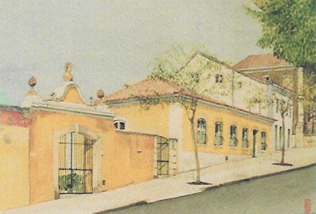