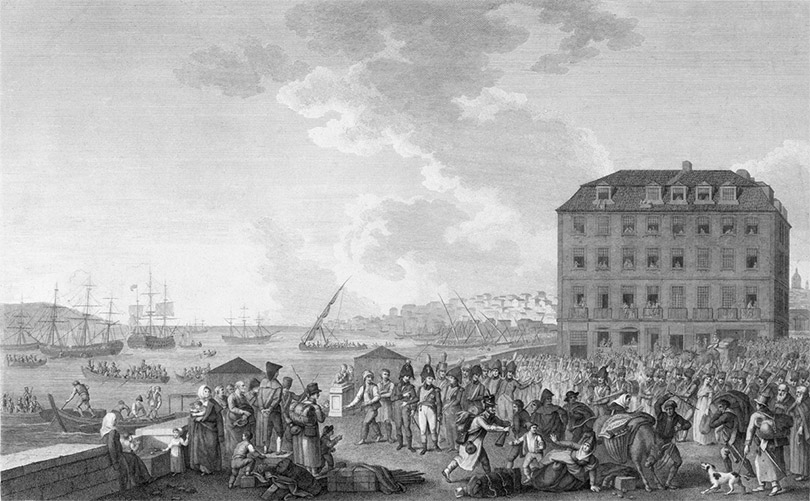 "The Embarkation of Genl. Junot, after the Convention of Cintra, at Quai Sodre"
drawn by Henri L' Évêque, engraved by Francesco Bartolozzi

The controversial Convention of Cintra was signed, safe passage for the return of the French troops to France and allowing them to take their booty. There was a Court of Inquiry, but Wellesley successfully argued that he had been superseded at the time by Dalrymple and Burrard.

Portugal Plundered: Consequences of the Convention of Cintra