A dozen or so of the Society’s Members were present at the 4th Winston Churchill Memorial lecture on Thursday, 20th September, which was hosted by the Instituto de Estudos Políticos of Universidade Católica at the imposing Palácio da Presidência in the Cidadela de Cascais. The event was co-sponsored by the British Historical Society of Portugal, the Royal British Club, and the Oxford Society of Portugal and counted with the presence of such illustrious guests as Marcelo Rebelo de Sousa - the President of the Portuguese Republic, José Manuel Durão Barroso – the ex-President of the European Commission, and Professor Braga de Cruz - the ex-Rector of Universidade Católica. 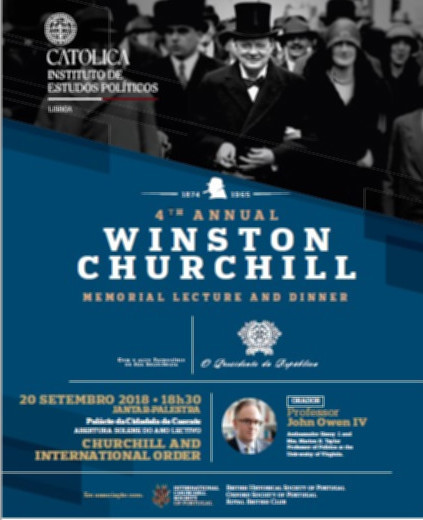 The keynote speaker was Professor John Owen IV from the Department of Politics of the University of Virginia, who holds a Masters from Princeton and a PhD from Harvard. In his lecture on Churchill and Democracy he reminded the audience of Churchill’s defence of democracy and of his vision in 1948 of a democratic world order, where Britain would play a significant part in three key circles of: The British Commonwealth; The English-Speaking World, and; Europe. A vote of thanks was proposed to the speaker by Mr Ross Matthews, the Chargé d’Affaires at the British Embassy, who painted a positive and sustainable future for the UK after Brexit, drawing similarities between the global influence of both Portugal and Britain and the desire to maintain a strong Europe in the face of today's geopolitical forces. His words did not fall on deaf ears, and after applause, the President then spoke and graciously stated that, in his onion, Teresa May was doing her best for both the UK and the future of the EC. He stressed how the World is currently facing a decline in democracy and liberal values and, having identified several threats such as nationalism, popularise, and autocracies, especially Russia and China, he turned to the students present and challenged them to get involved, as the future lies in their hands. He delivered his excellent speech with no notes, and after rapturous applause posed for endless ‘selfies’! Following tradition, the evening ended with a toast of Port wine to Winston Churchill, which was proposed by the keynote speaker. 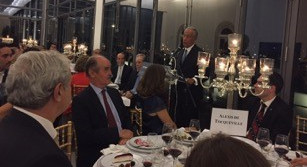 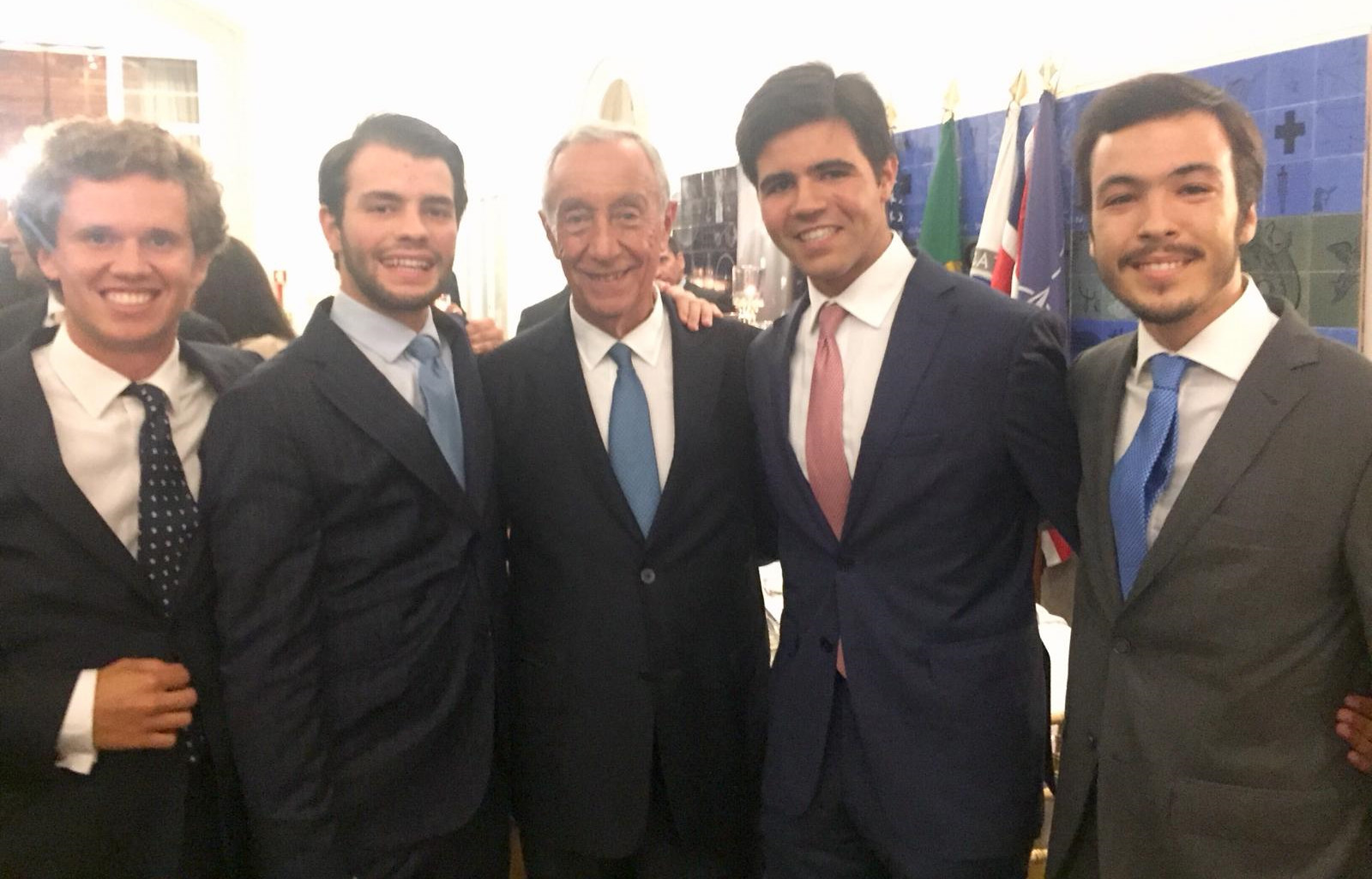