St. George’s church was completely full for the Remembrance Service on the 14th of November, 2011. Covid restrictions were in force regarding spacing among the pews as those who had reserved place participated in a slightly longer service than normal as 2021 was the 100th Anniversary of the founding of the Royal British Legion. 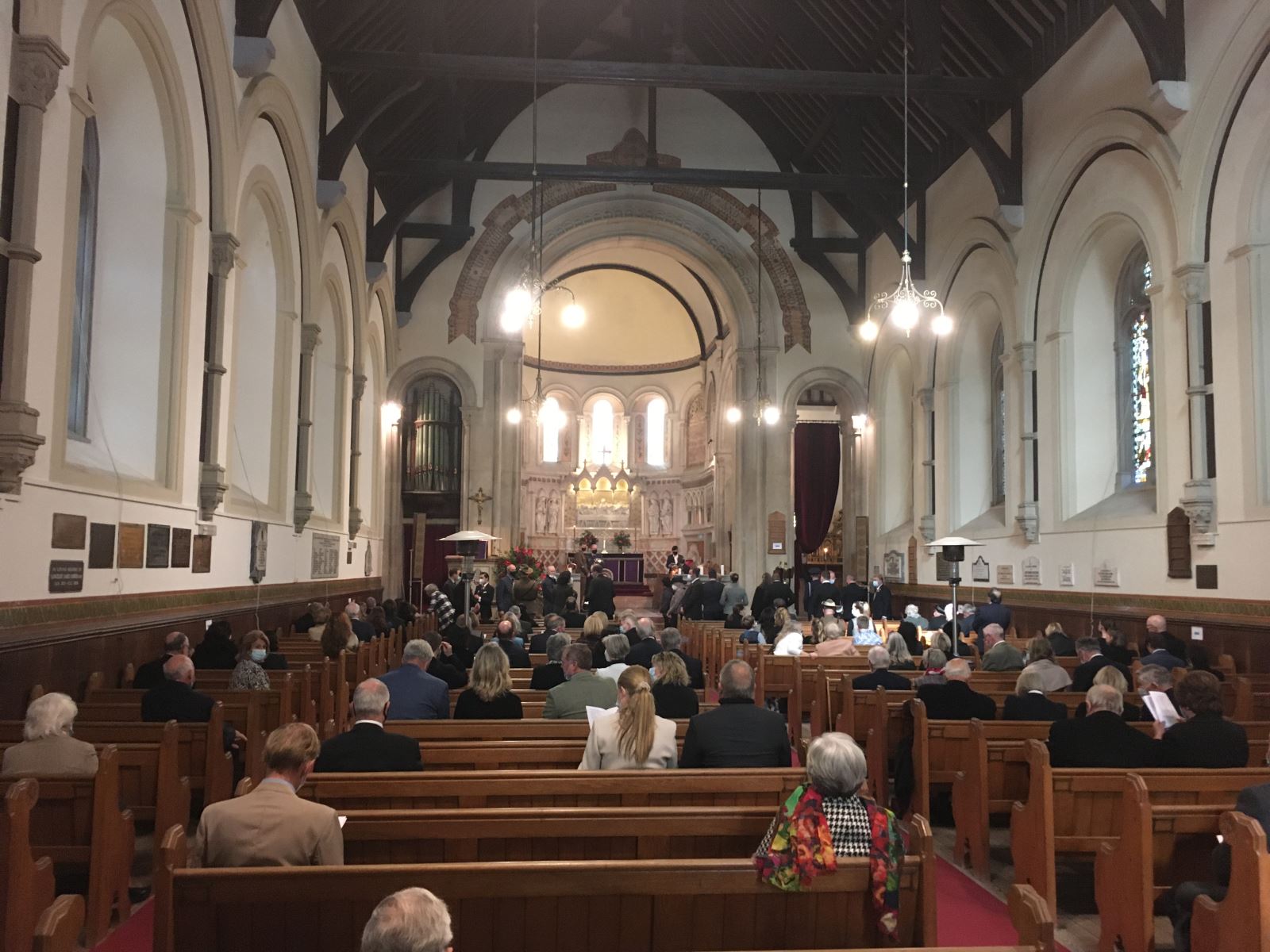 Led by the Chaplain of St. George’s and St. Paul’s, the Reverend Canon Beth Bendrey, the service included reading out the names of the 49 of the local British Community who lost their lives in the two World Wars and the Commonwealth war grave casualties buried in the British Cemetery, the sounding of the ‘Last Post’ and ‘Reveille’ by a bugler from the Portuguese Army, the laying of 20 wreaths including by five Ambassadors, an informative description of the 100 years’ history of the RBL delivered by Commander Ron Goddard RN (Retd.), the reading of prayers by six children from international schools and the Assistant Chaplain Ian Bendrey, an Act of Commitment, and the procession of three standard bearers representing the RBL, the UK Forces in Portugal, and the Bombeiros Voluntários de Lisboa (who were founded by a Briton, Darlaston Shore, in 1868). Afterwards, the UK Forces in Portugal laid a wreath before the graves of the Airmen killed im Portuguese airspace during WWII. 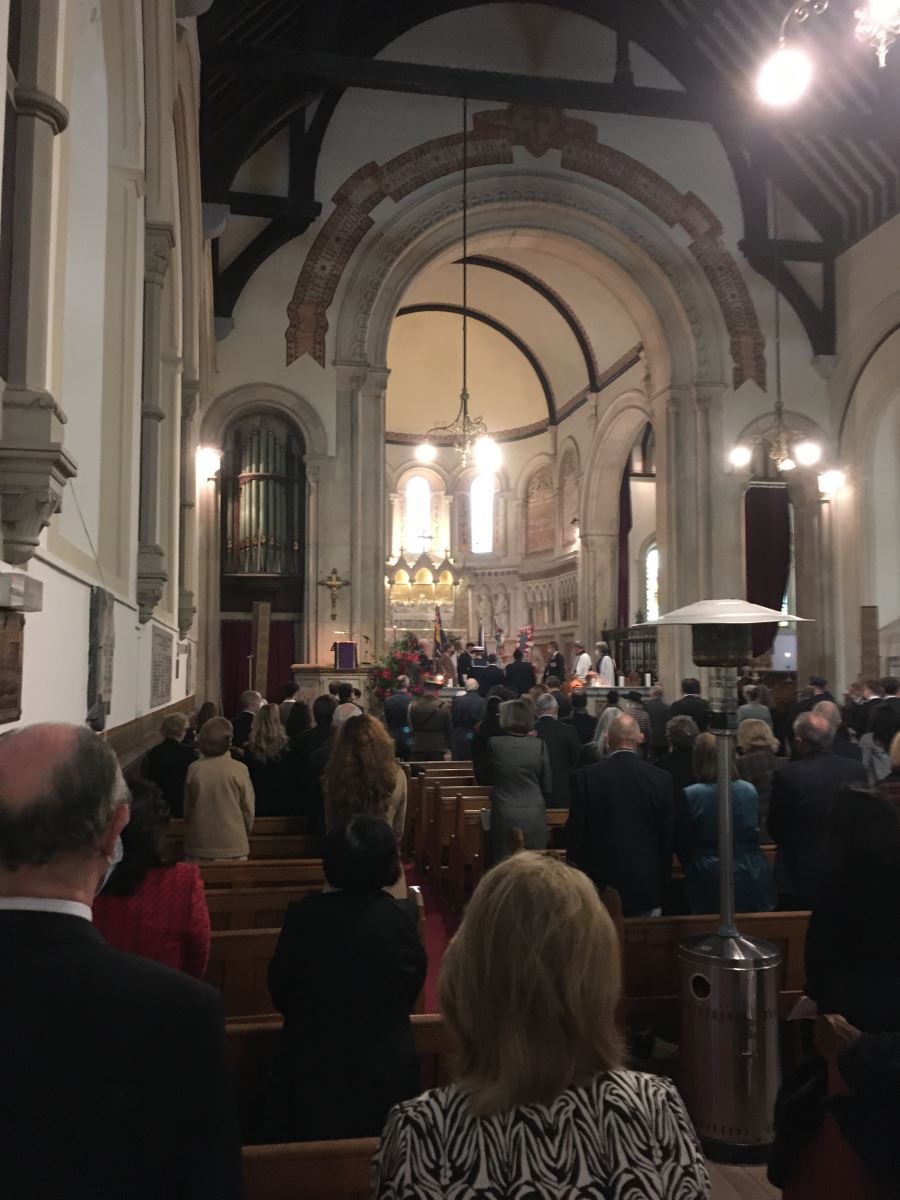 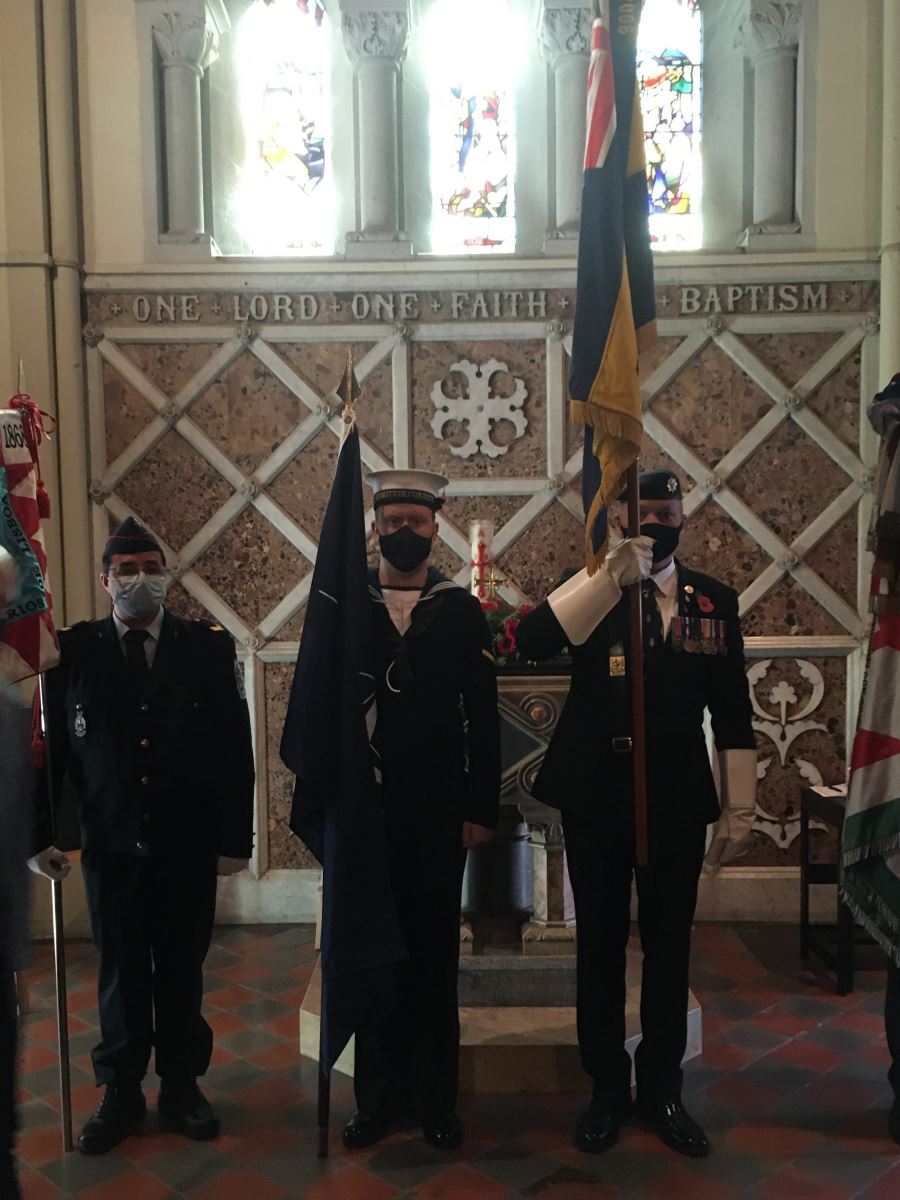 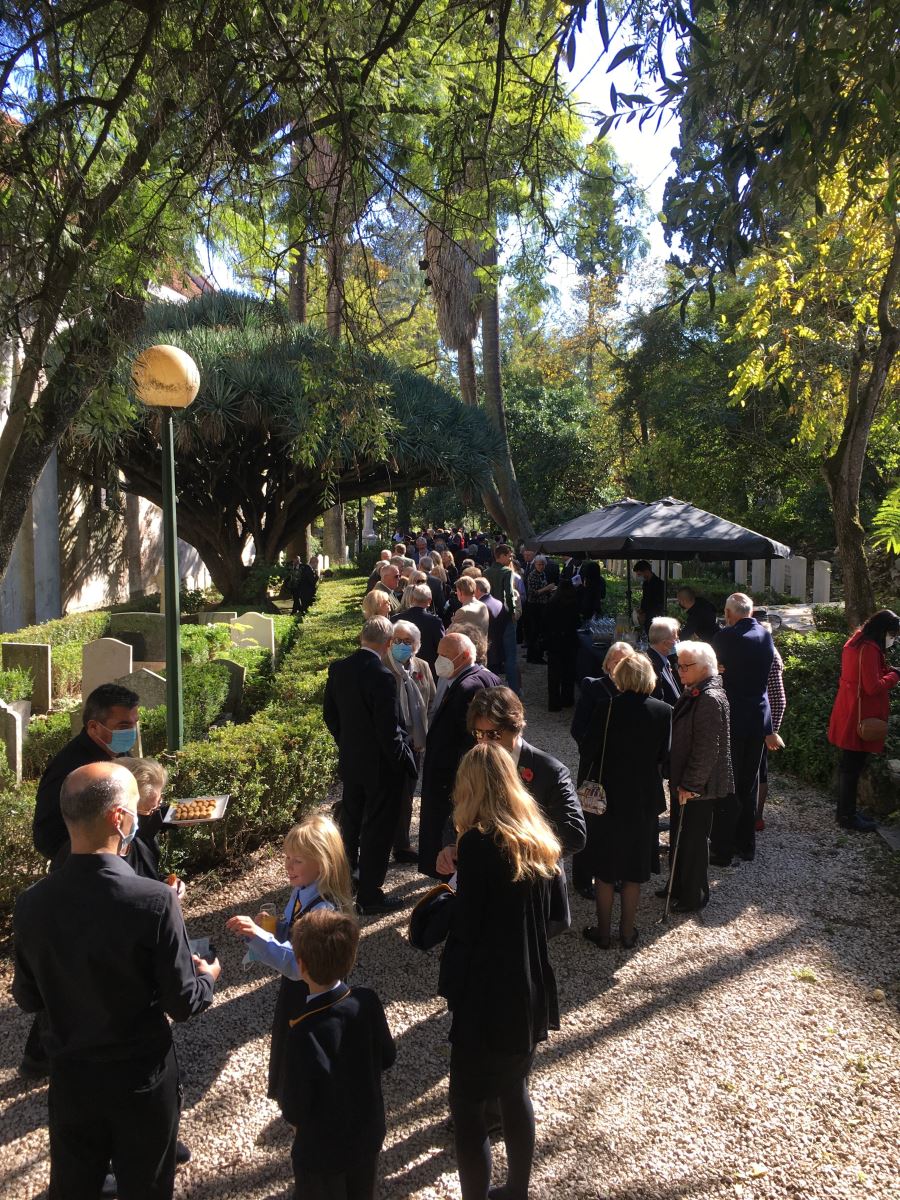 The service was followed by light refreshments outside in the warn sunshine, courtesy of Christopher Sainty, HM Ambassador to Portugal and the Deputy Head of Mission at the British Embassy in Lisbon, Ross Matthews. 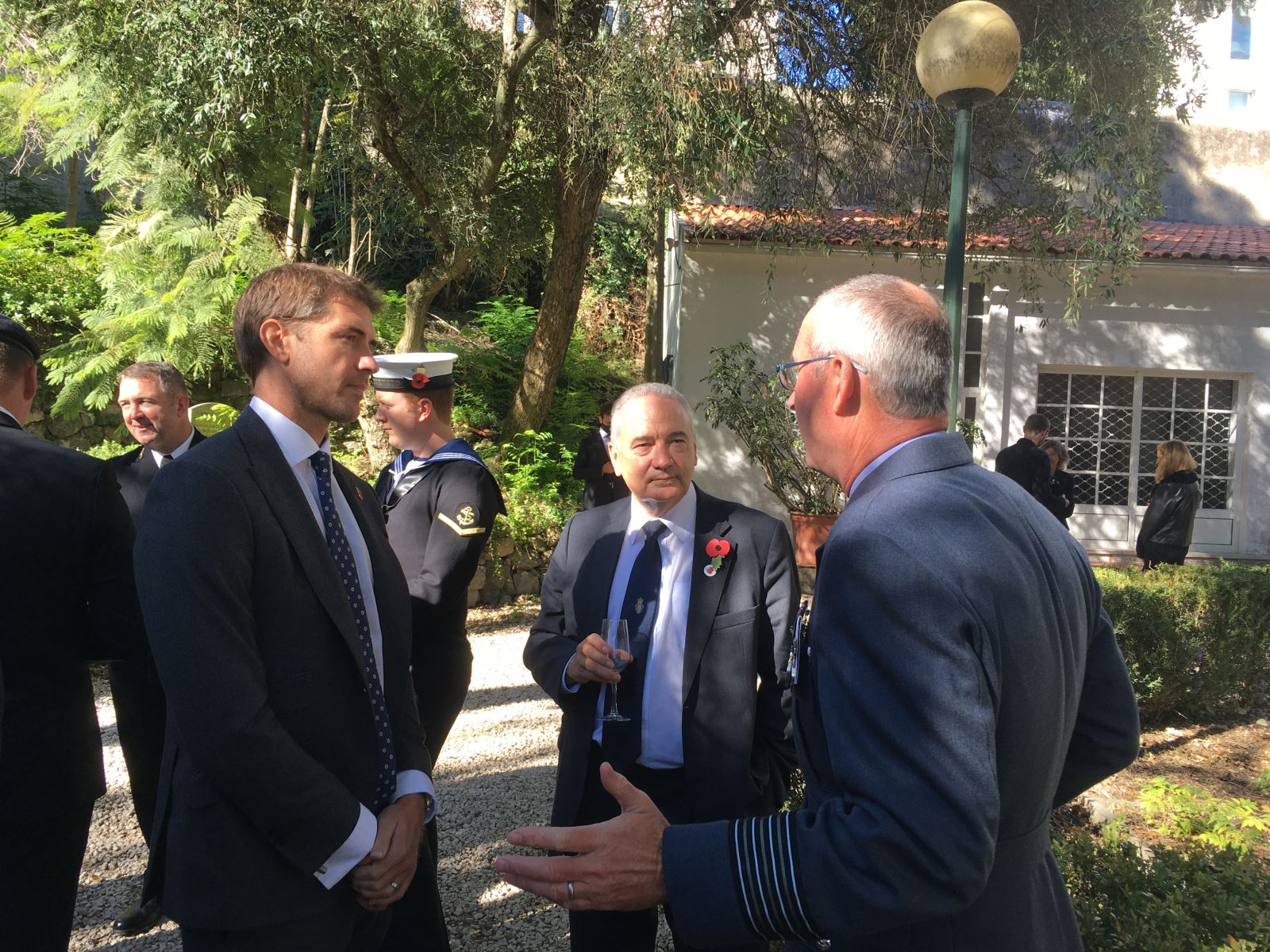 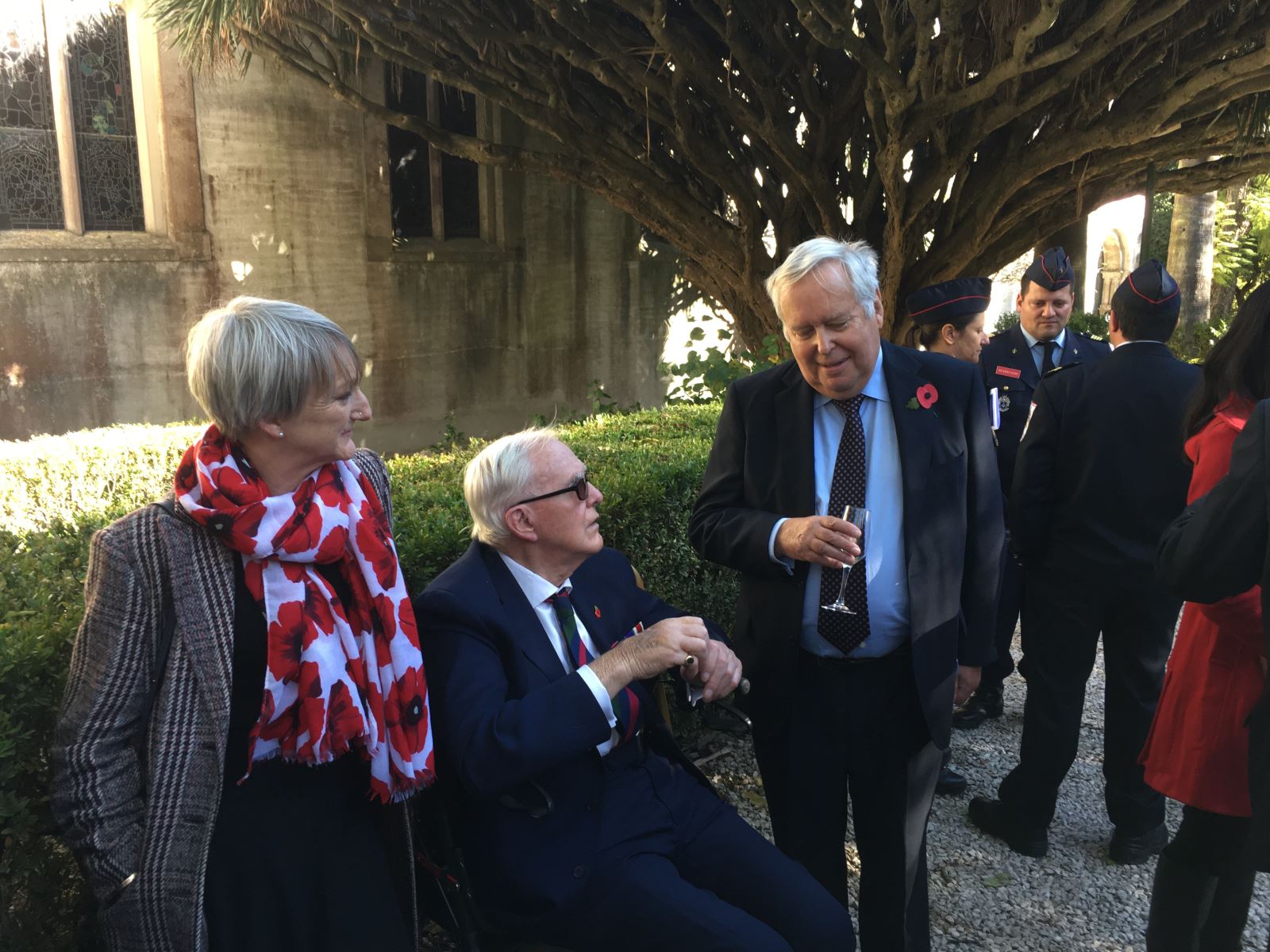