Fernão de Magalhães is probably one of the most famous Portuguese navigators of all times for having undertaken a complete tour of the globe under Spanish patronage. 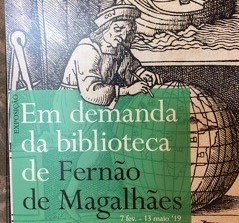 His prime object was to discover a commercial route via the Straight of Malacca to facilitate trade with India and Indonesia. Charles I of Spain agreed to fund his expedition of five ships as under the terms of the treaty of Tordesilhas, signed in 1494 after Cristóvão Colombo's first voyage, the Spanish were forbidden to travel east via the Cape of Good Hope, a route reserved exclusively for the Portuguese. Spain was therefore intent on finding an alternative route around the globe to halt the lucrative spice trade which brought great wealth to the city of Lisbon in particular and to Portugal as a whole. Sadly, the voyage cost Fernão de Magalhães his life.

The exhibition, staged to mark the five hundredth anniversary of his journey is called «Em demanda da biblioteca de Fernão de Magalhães» referring to the fact that precious few maps, diaries, guides and tales that were at his disposal before he set off on his travels remain to be seen today. However, what is on show speaks of the immense courage – or foolhardiness - of these men who set out on the seas to face the “great unknown” and anybody who visits the exhibition will take pleasure in better understanding a voyage that was to change the future of the Iberian Peninsula and shape History as we know it today. 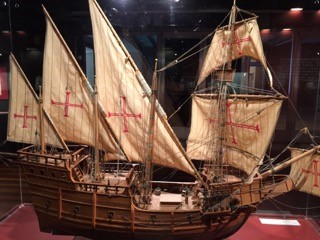 Olisipography - or the many ways of recording the life of the city of Lisbon – was born of chance, we are told, from the works of Julio de Castilho who dedicated a whole volume to the subject of Lisbon in 1879 – a book he called “O Bairro Alto”.

For example, Augusto de Vieira da Silva (1869-1951) then “undertook his studies of Lisbon (…) feeling the urge to clarify some issues that he had read in the first edition of Castilho’s book, especially relating to the topographical layout of Lisbon and its medieval defences”. (Augusto Vieira da Silva, 1934). The Palacio Pimenta is dedicated to the history of the city of Lisbon over the centuries. 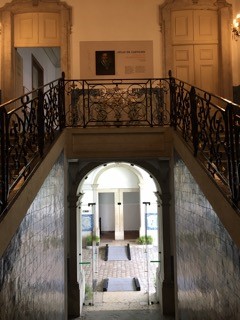 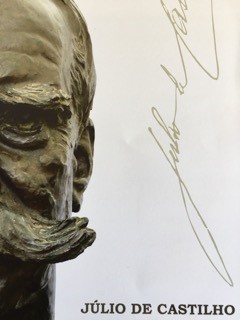 Julio de Castilho's legacy is but one of the exhibitions to be seen within the beautiful azulejo-walled rooms of the Palacio Pimenta. The gardens of the Palacio house two other ones (one on Maria Capelo's works and the other on Sao Vicente called O Mito de Lisboa) as well as some amazing Pinheiro Bordalo animals that decorate the buildings and scrubs (along with some very tame live peacocks – one of which is pure white - that with majesty strut around the grounds).

Let the words of Gustavo de Matos Sequeiro’s eulogy echo through the rooms of the exhibition as we leave the Palacio Pimenta : “Julio de Castilho’s honour and glory – he said at the man's funeral - are to have opened a wide vista through which the curious, for the first time, could examine the city's past (...)”.

A visit to be whole-heartedly recommended.