On 12th July 2018, Lisboa Cultural, a service offered by the Câmara Municipal of Lisbon, organised one of their famed Itinerários de Lisboa guided walks for enthusiasts, which included several BHSP members who were intent on learning more about an important French figure of the First French Invasion of Portugal during the Peninsular War - Jean-Andoche Junot, who stayed in Lisbon twice during his career. The group's knowledgeable guide, Dra. Teresa Machado, brought both the man and the place very much to life as she walked the streets of Lisbon with her group.

The Portuguese Regent, D. João VI, refused to apply the Continental Blockade decreed by Napoleon in 1806, causing Napoleon to despatch his prized General Junot at the head of a French army to invade Portugal and bring the Prince Regent to heel. The arrival of French troops in the heart of Lisbon on 30th November, 1807 marked the start of the Peninsular War in Portugal, and six long years later Napoleon abdicated after one of the most successful wars in Europe. 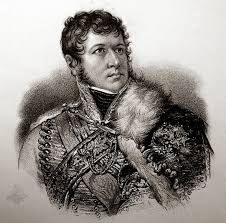 Junot was chosen on account of the fact that he had served as the French Empire’s ambassador to Portugal in 1805. It was felt that he knew the country, Lisbon, and the Portuguese Court. Although he possessed few talents as a strategist and a general, Junot was promised a dukedom and a Marshal's baton by Napoleon. He ended up only being awarded the title of Duke de Abrantes, named after the town on the river Tagus through which Junot’s invading army marched into Portugal. This title was never formally recognised by the Portuguese government as there was a Marquês de Abrantes. 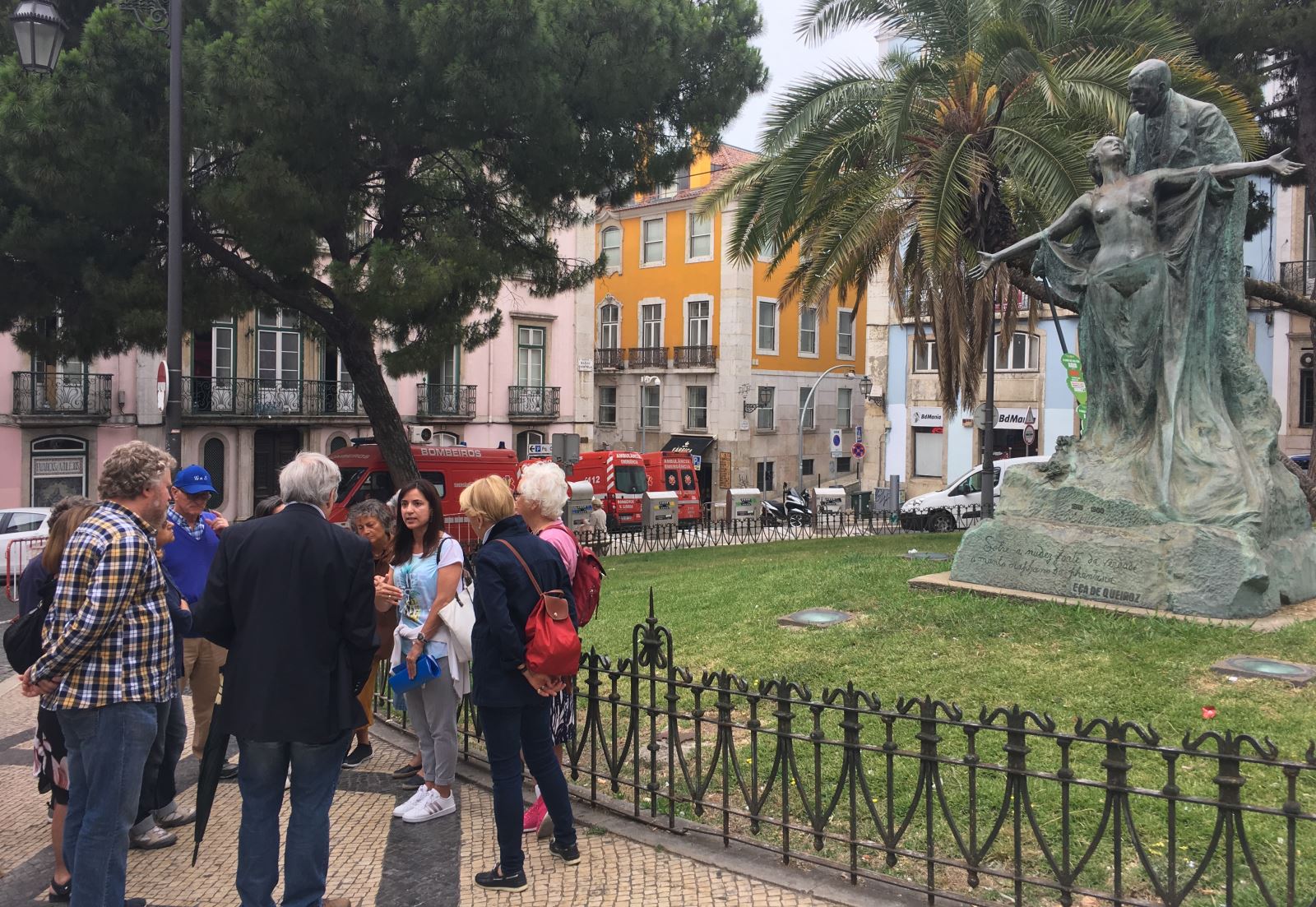 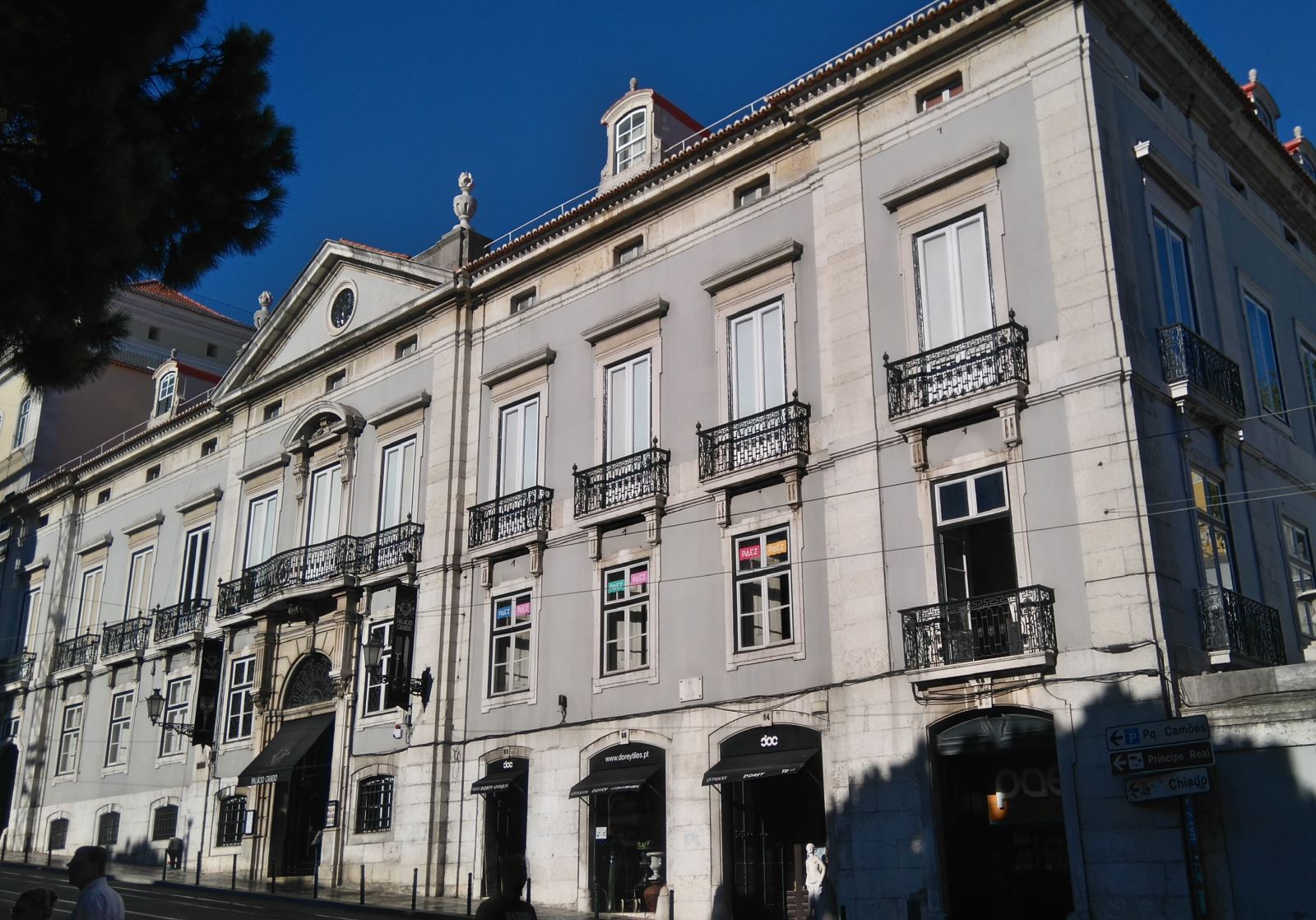 The walk started at the Palácio de Quintela, on Rua do Alecrim, which was Junot’s headquarters during the nine months duration of the first French invasion and his official residence. He and his wife, the French writer, Laure Martin de Permont, whose memoirs, subsequently signed as Laure Junot Abrantès, are still read today. The couple lived in shameless luxury and lavishly entertained both the French and the Portuguese liberal-leaning aristocracy, giving rise to the expression “à grande e à francesa”. The building remains intact, and now houses a collection of up-market restaurants under the name of ‘Palácio Chaido’. 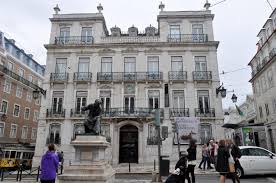 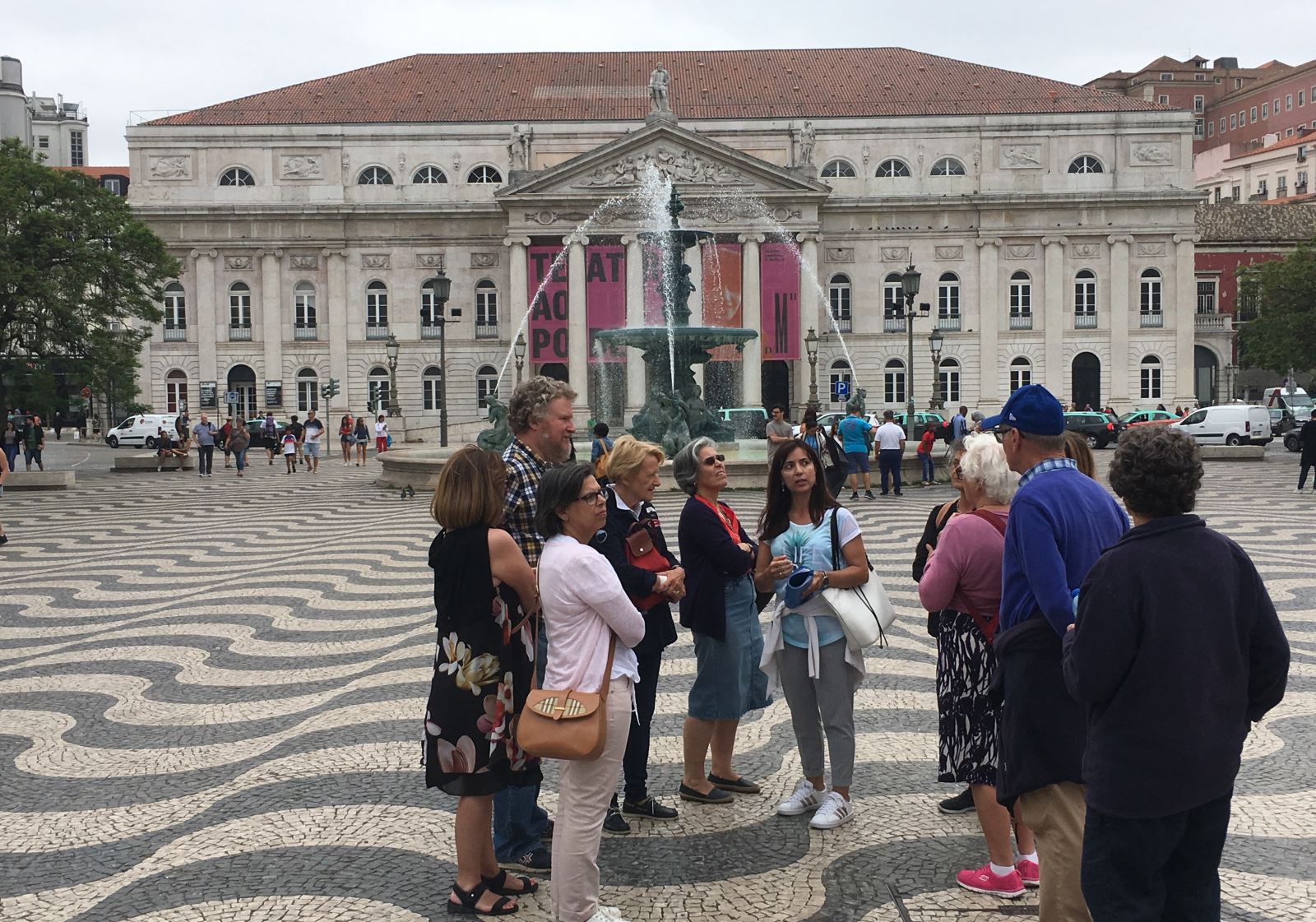 The group was then led by Dra. Teresa Machado to Rua Garrett, where she pointed out the Palácio Pinto Basto, which served as Junot’s official residence as the Empire’s Ambassador from April, 1805 to December, 1806. Legend has it that he was involved in spying out the terrain and in cultivating links with more liberal Portuguese aristocracy in anticipation of a future invasion. His wife Laure wrote detailed memoirs of their time in Lisbon, and it is likely that she was well aware of her husband’s affair with his Portuguese mistress, the Condessa de Ega. The walk continued to the Praça do Rossio, where the Inquisition burned supposed heretics at the stake. Dra. Machado explained that the Inquisition’s former headquarters at the Palácio de Estaus, located at the north end of the Square, housed Junot’s secret police, under the cruel leadership of Pierre Lagarde. The site is now occupied by the Teatro Nacional Dona Maria II, which was built in 1836, after the original palace burned down.

By January 1808 the Portuguese people had started to rise up against the invader and Junto ordered a merciless suppression which culminated in massacres in several major towns, including Évora, Caldas de Rainha, and Guarda. The Portuguese appealed to Britain for help and an Expeditionary Corps, commanded by Sir Arthur Wellesley, landed at Figueira de Foz in August, 1808, and forced the French to leave Portugal, only for them to return twice, in 1809 and 1810. Junot served under Marshal Masséna during the Third Invasion by the French in 1810, as Commander of the 8th Corps.