From Terreiro do Paço to Santos-o-Velho - PART III 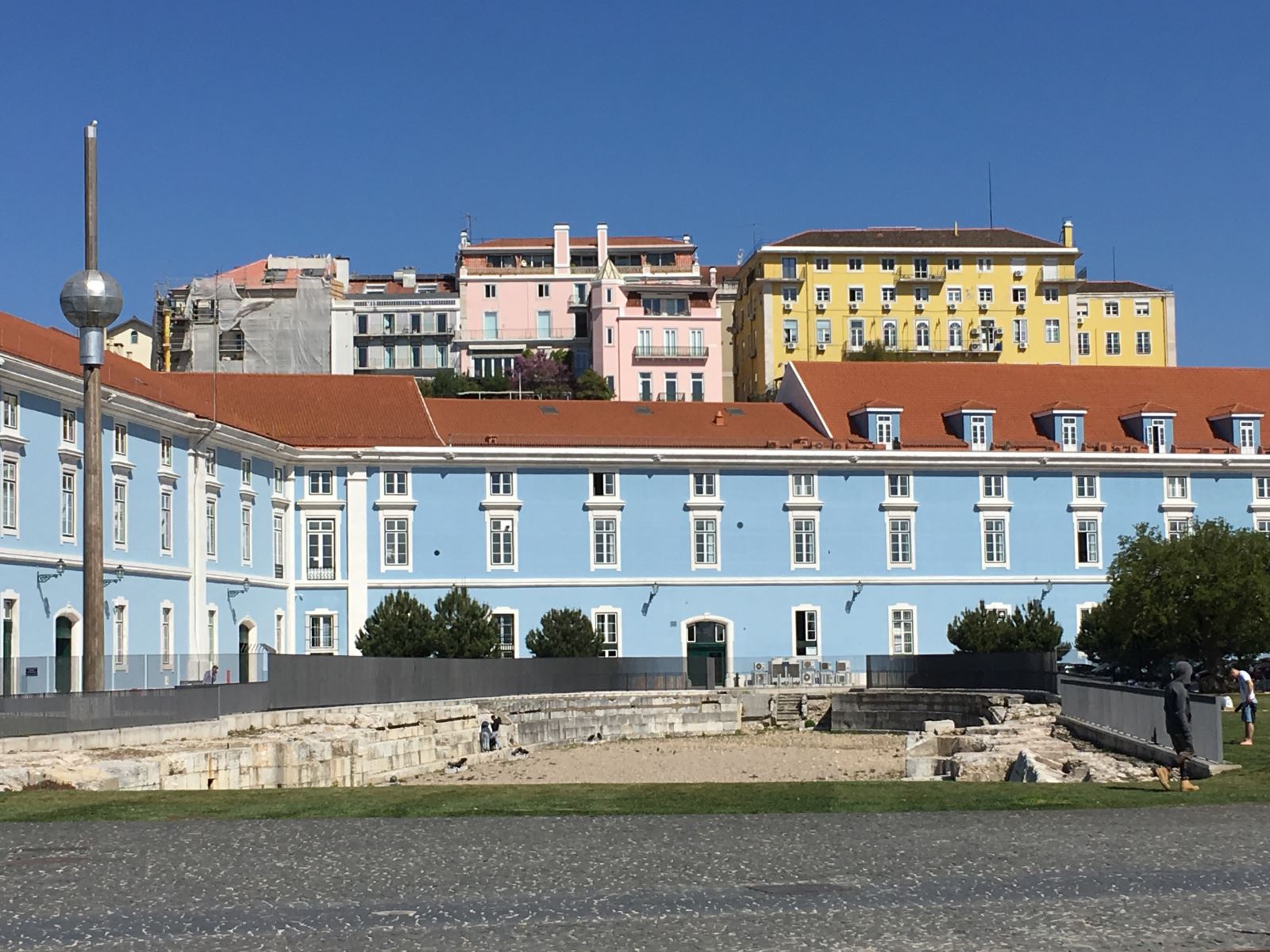 On we walk, leaving the sunbathers behind us enjoying the cool spring weather ... and step back in time ... 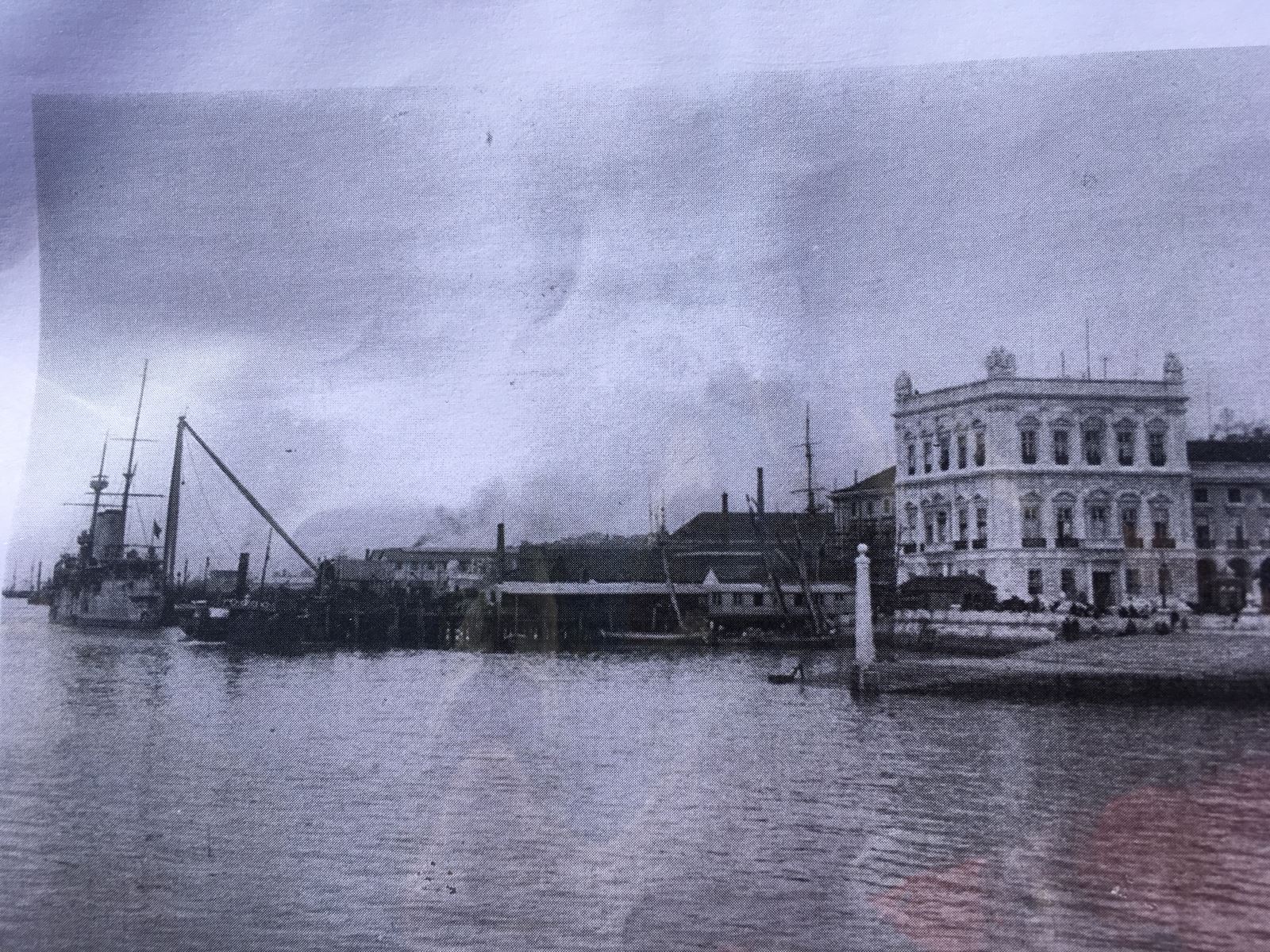 A chapel was built in honour of São Pedro – the Patron Saint of Fishermen, and São Telmo – the protector the masts of ships from being struck by lightning.

Further along the shore line, the imposing white building known as the Dispensário in front of the Cais de Sodré Railway Station was donated by Queen Amelia to house an anti TB dispensary for town-folk and sailors under the patronage of the scientists Koch and Laennec – whose names still adorn the entrance. Today the building is a modern art gallery open to the public. 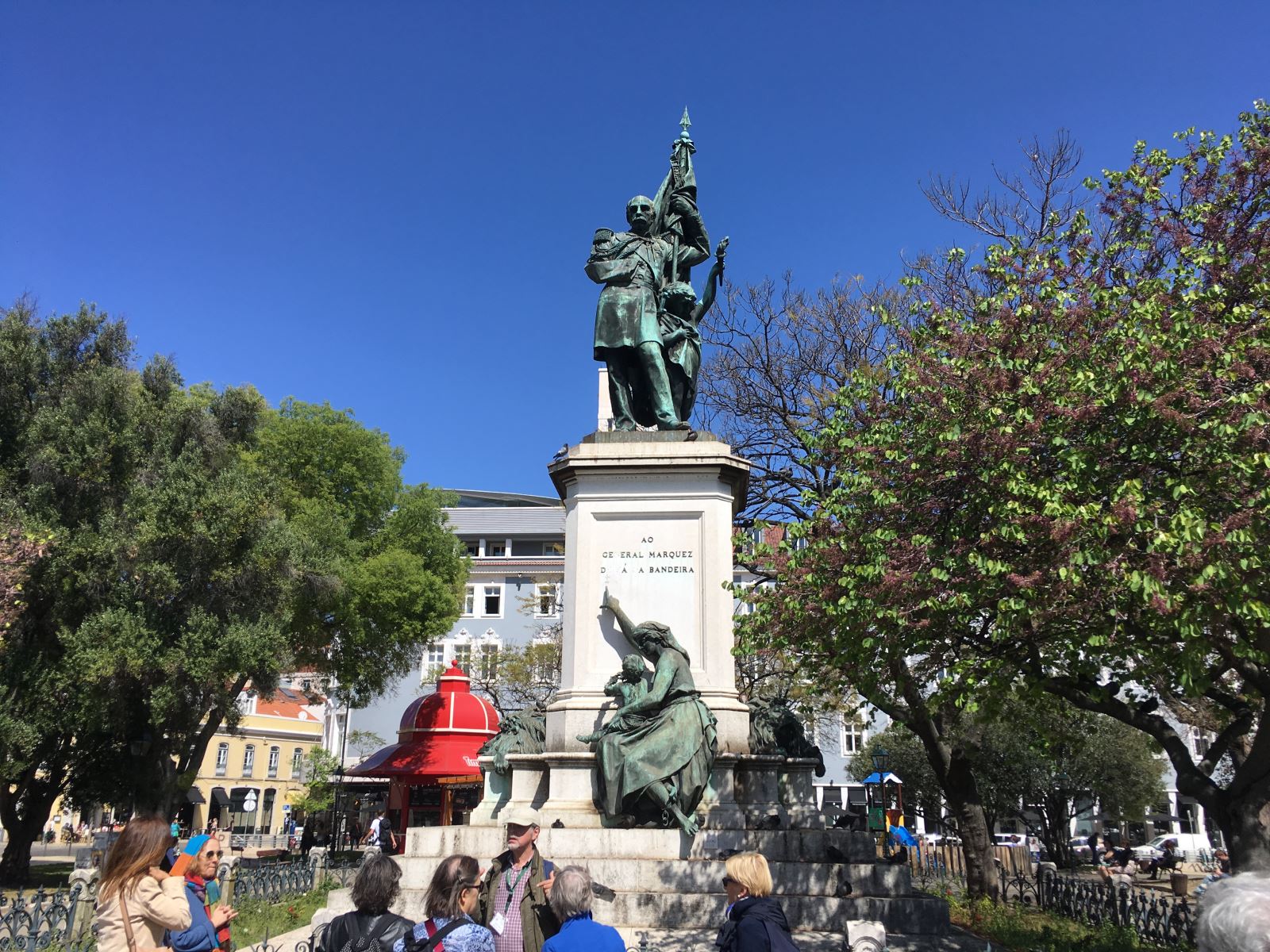 We stand in the Praça Dom Luís, which has been restored to look like it was when designed in 1870, in front of the statue of the Marquês da Sá da Bandeira, who was active in presenting a proposal to abolish slave labour in Portugal in 1836, which finally became law in 1875. Slavery had already been totally abolished in Britain in 1833. Fittingly, the bronze image at the foot of the statue represents ‘Preta Fernanda’ – a former slave whose eventful life included marrying the heir to the Jansen beer fortune, having an illegitimate child with D. Miguel, and running a brothel near Caís de Sodré (we will hear more of Fernanda presently).

Nearby, the British presence is felt when looking at the Art Nouveau Central Telefónico building, which is now a 5 ***** hotel. Another building displays the coat-of-arms - or rather a bizarre emblem – of the three-legged symbol of the Isle of Man, or could it be the three legged man of Sicily, as the two are remarkably similar in design?

As we walk along the Avenida 24 de Julho, we see a brass plaque for Coates Ltd, a British cotton thread factory, and another one for Barry & Son, a famous ship-repair & ship-chandlers. 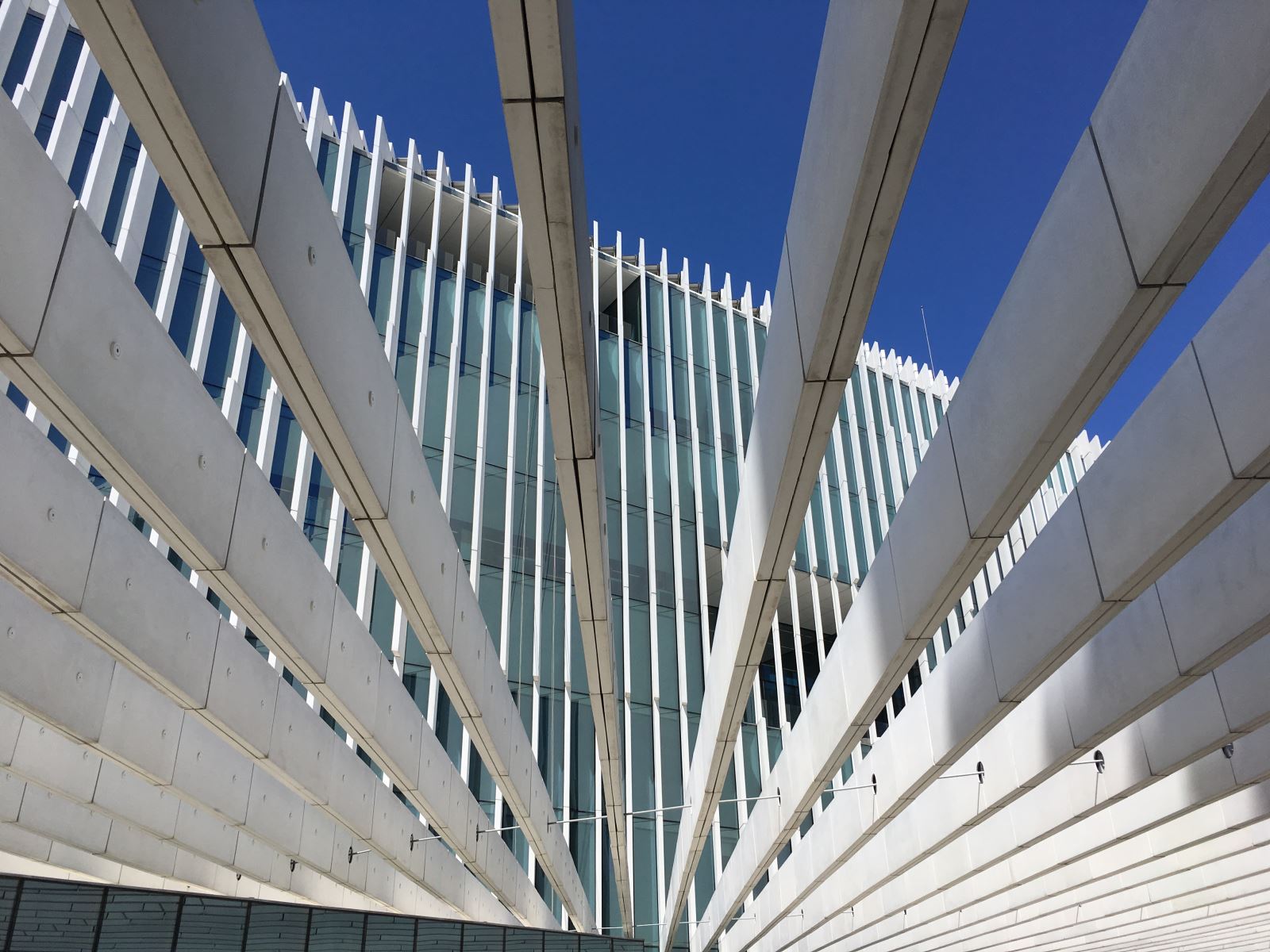 The ultra-modern prize-winning EDP building next to ancient alley-ways which housed “remolares” (oar-makers). We walk up one – the Bocarão dos Ferreiros, alongside the former Instituto Industrial, which functioned as a university up until 1911, when after the creation of the Republic it was split into what is now Técnico and ISEG, two leading Portuguese universities. On the Rua de Boavista we see the former head office of the famous “Vulcano” brand of boiler, which still exists today; the Institute of Industrial Design and Techniques and the Institute of Standardisation of Buildings, both from the 1800's, as well as the Empresa Reunida de Gaz e Electricidade, with its distinctive 1930's steam-ship style multi-storied building – which stands alongside the remains of an isolated section of the Fernandine wall near the Elevador da Bica, and also the courtyards that harboured (and maybe still do) Masonic lodges (such as the Pátio da Galega). 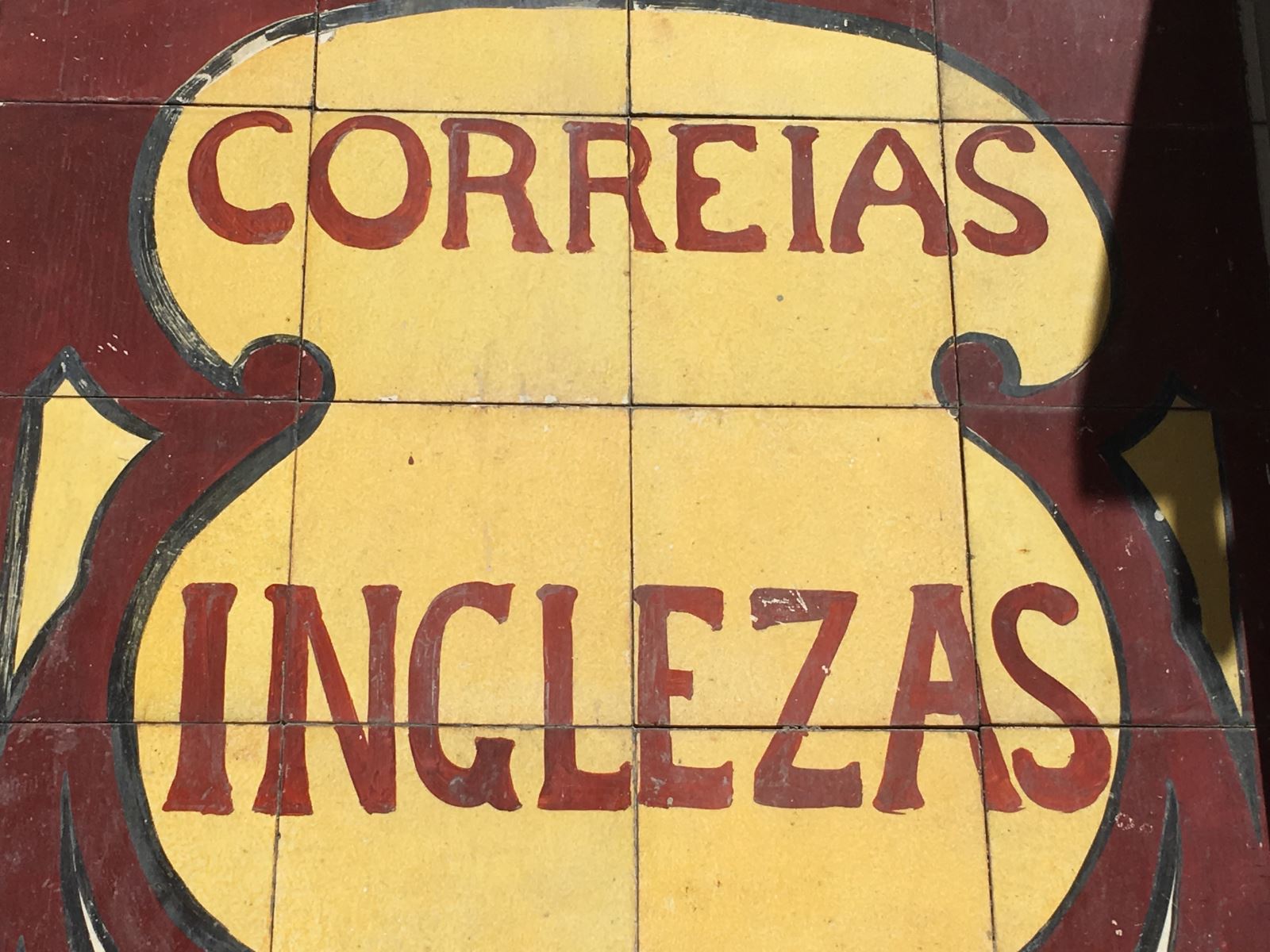 Near the Largo de Conde-Barão, which house the abandoned Palacete of the same name, there stands a medieval tower dating back to the 15th century, which proudly overlooks the Fabrica de Vidros Ströber – in the Rua das Gaviotas. Further up the Avenida Dom Carlos I (which used to be known as Avenida Presidente Wilson in the 1920s), is the Convento da Esperança, which today is the headquarters of the Lisbon Bombeiros, which were originally set up and trained by the English. Our route winds its way back down through the Passagem Antonio Moreira Rato & Filhos into the Nuno Alvares gardens, which used to be a beach where the Pescadores de Ovar sold fish to the Lisboetas, until they moved to Caparica in the 1880. In front is the CinéArte, which was designed by Rodrigues Lima. On the other side of the railway is the Caís de Conde de Óbidos, where some of the wooded stores and ship-repair buildings still remain, including those of Barry Brothers, a British company. As we walk up the Roa do Ribeiro Santos, which used to be a ramp leading down to the beach, we see in the distance one of the six convents which populated the Bairro de Madragoa, including the Convento de Madragoa (formerly Madres de Goa, founded in 1500), the Igreja de Santos-a-Velha, and next door the impressive Palácio do Marquês do Abrantes, which dates back to 1400 and is nowadays the French Embassy (which is open to the public on just one day a year – on the Dia do PatrImónio).

Legend has it that D. Sebastião left from here to his fate in North Africa - a story still to be told ... 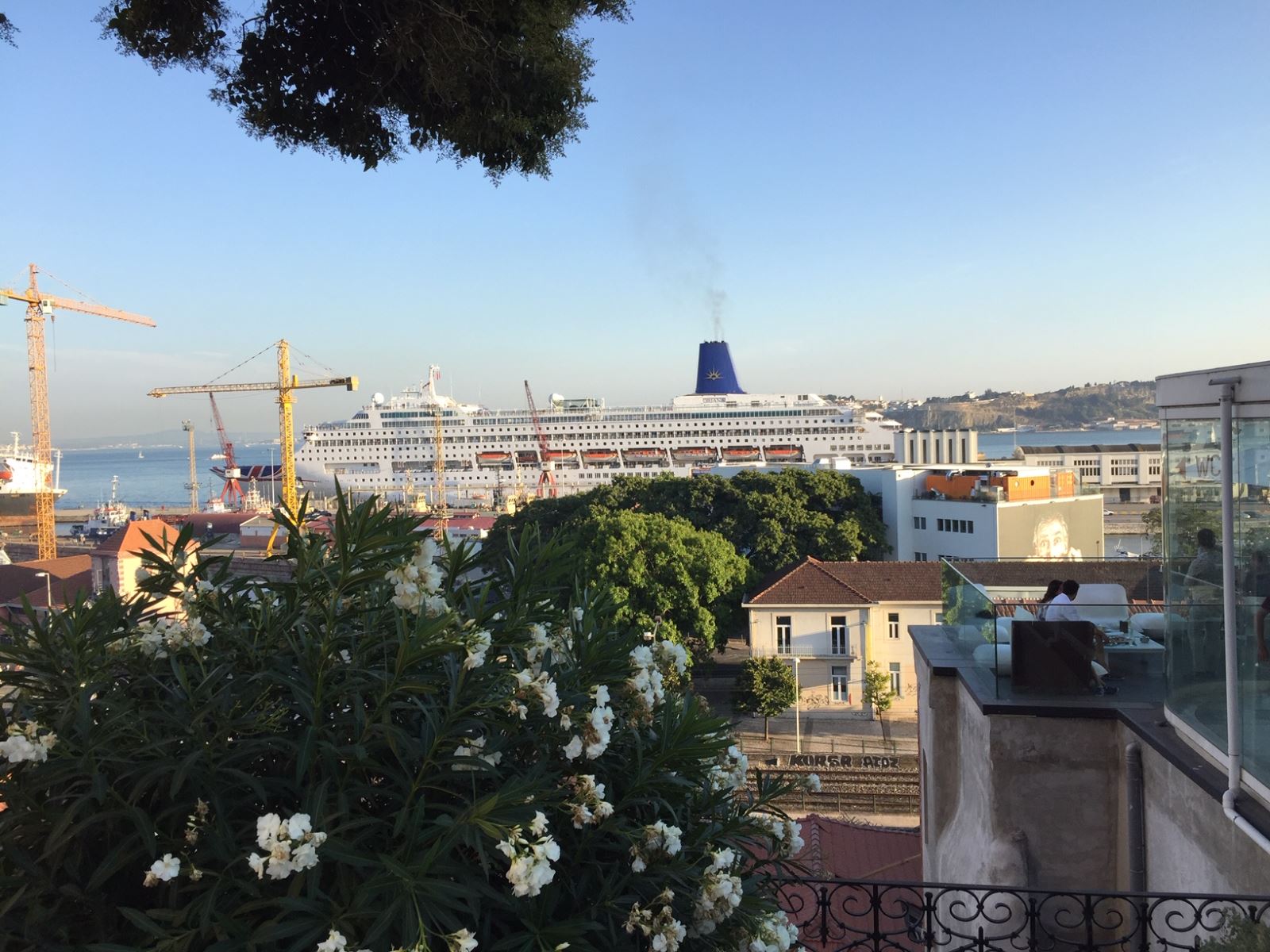