British Peninsular War cannon found in the sea off Carcavelos 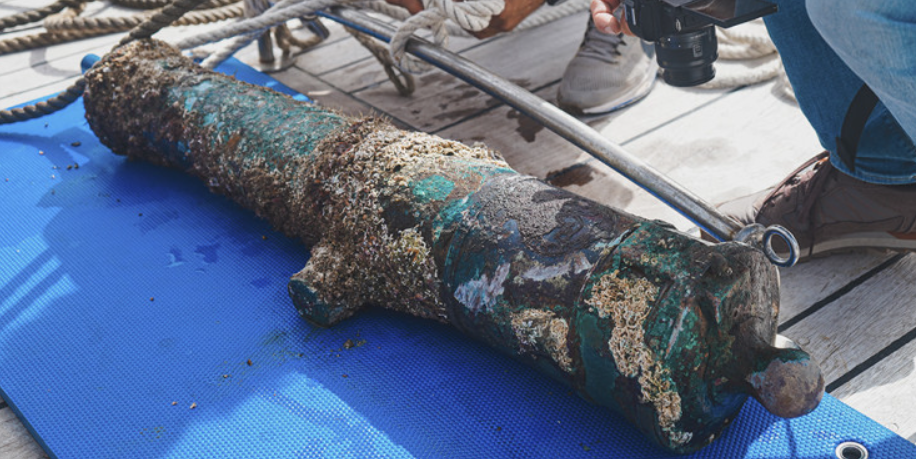 The decade-long investment of Cascais municipality in an underwater archaeology programme bore fruit recently when an English cannon dating from 1808, during the time of the Peninsular War, was discovered in the Tagus estuary off Carcavelos, near St Julian’s fort. It has an engraved monogram of King George III and is likely to have been on board a British ship that was wrecked while transporting it to Portugal for use on land. After restoration it is planned to exhibit the cannon at the King D. Carlos Museu do Mar in Cascais.

The programme is a partnership between Cascais and the Faculty of Social and Human Sciences of Universidade Nova de Lisboa, the General Directorate of Cultural Heritage, and the Portuguese Navy. The new find was identified through the “COSMO” Programme, which has been developed by the Portuguese Environment Association (APA), which collects, processes and analyses information on the evolution of beaches, dunes, coastal seabeds, and cliffs along the coastline of mainland Portugal.

The cannon will now be the subject of a long conservation process, which is likely to be used to train potential conservationists. Close contact is being maintained with the British authorities in order to accurately identify its origins.

You can see a video on the cannon at the bottom of this page on the Cascais web site.