In 1940 Belém hosted the much-discussed “Portuguese World Exhibition” under Salazar to promote the country’s Heritage. Today a series of conferences on Magellan, called A Descoberta da Grandeza do Mundo (The Discovery of the Greatness of the World), presented by João Paulo Oliveira e Costa are being held there telling the tales of the Portuguese seafarer, Magellan, who inspired the works of a world-famous British researcher, Arnold Toynbee; and inspired Magellan’s own biography, written by a much-admired international author, Stefan Zweig.

A commemorative exhibition on Fernão de Magalhães (1480-1521), the famous Portuguese explorer, more commonly known to us as Magellan, was held last year at the Biblioteca National de Portugal. This was a small but fascinating exhibition consisting mainly of maps, which showed us what a perilous and hazardous adventure Magellan and his sailors set out on five hundred years ago, a trip into the vast, vast unknown. 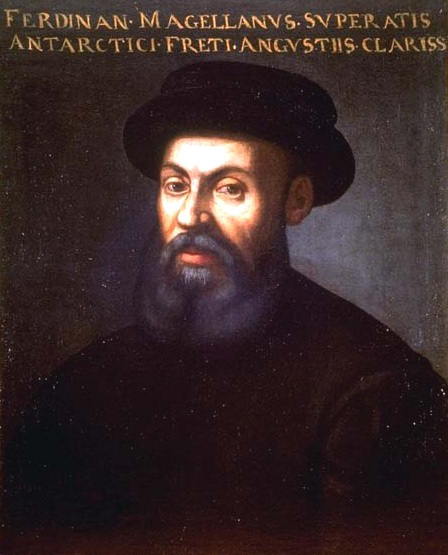 The expedition of Magellan is being celebrated yet again because one of his ships (he set forth with four caravels: the Trinidad, the San Antonio, the Concepcion and the Victoria and only one returned home) managed to find a westerly route linking two oceans together. This discovery changed the way that Planet Earth was perceived at the time. First, the New World could be circumvented by the South via an expanse of water - unknown in his day, that he chose to call the Pacific Ocean. Second, his discovery, undermining Columbus' definition of what we have called ever since the limits of the “Western World”, could not have been achieved without the (highly revered but secret) skills of Portuguese mapmakers. Today we are being asked to reconsider our own perception of Planet Earth and its limited, dwindling resources.

If we jump forward several centuries, we can stop and reflect on the work of Arnold Joseph Toynbee (1889 –1975), the famous British historian, philosopher, and social scientist, co-editor of the annual Revue of International Affairs for many years and probably best known for his analysis in twelve volumes on the rise and fall of the civilisations of the world, a true “Meta-History” that he called unpretentiously, A Study of History.

For Toynbee, there was a period in world history before Magellan’s discoveries, when civilisations lived separate, isolated existences and a period in world history after these discoveries, when the two parts of the globe were linked together through the great discoveries of the Portuguese mapmakers and marine routes opened by their sea captains. Their discoveries brought to mind for all, over the ensuing centuries, the Universality of Man “under the same roof”, to use Toynbee's own expression, leading to a fabulous and unprecedented acceleration of Human Progress. Toynbee even coined a word, based on Magellan’s contemporary, Vasco de Gama (1469-1524). He talked of pre-Gamic / post-Gamic to explain Man's perception of his own limits and his need to interact – for better or for worse, with others.

But there is a mystery attached to Magellan. Killed in a battle on the island of Sanar, in the Philippines, he had fought for his country in numerous wars but his famous discoveries were made on a ship flying under the Spanish flag, which made him a traitor to his own country, Portugal. Yet Portugal celebrates today the man and his discoveries as if he had, all his life, been the faithful courtier who started out as a page to Queen Leonor, then to King Joao II and finally to D. Manuel I who literally, for reasons that I will leave it to you to discover, pushed him into the arms of his hated rival, Carlos I of Spain.

Stefan Zweig, the famous author, born in 1881 in Vienna, enjoying literary fame in his home-country in 1934, briefly moved to London with the rise of Nazism, where he took British citizenship. He then moved on to Brazil.

Today, "To read Zweig is to be in the presence of a properly mature writer, for all his characters are often in the grip of highly inappropriate desires. (...) These are truly unforgettable stories …” says Nicholas Lezard of The Guardian.

Stefan Zweig, in his biography of Magellan, brings to life the adventures of the famous but so ill-fated Portuguese seafarer and the illustrious 15th century Age of Discovery, by telling the tale of one of the era’s most daring adventurers, in a typically flowing and elegant prose that takes us, with Magellan, on a fascinating journey of our own, into the realms of History’s great mysteries and vast unknowns.

For details on the Conference, see: