On 4 November twenty-nine members of the Society visited the Museu de Cerâmica de Sacavém, The museum was opened in 2000, being an initiative of the Câmara Municipal de Loures, on the site of the former Fábrica de Loiça de Sacavém and seeks to preserve the memory of that factory. The centrepiece of the museum is kiln number 18 which remains in its original position.

On arrival we proceeded to the auditorium where Clive Gilbert, the Society’s chairman and last CEO of the Fábrica de Loiça de Sacavém, gave a presentation on the history of the factory, its enlightened attitudes towards employees, and the difficult years after the revolution of 25th April 1974.

The factory was founded in the 1856 by Manuel Joaquim Afonso who, experiencing financial difficulties, sold the factory in 1861 to an Englishman John Stott Howorth who introduced new production processes from England. Within a few years the factory had attained a reputation for fine earthenware. Howorth became a close friend of king consort, D. Fernando II, who took considerable interest in the factory and its products. The king, his son D. Luis and grandson D.Carlos and other members of the royal family painted pottery at the factory, thus becoming the only company worldwide where this took place. Later, D. Luis enobled Howorth with the title Barão Howorth de Sacavém.

Barão Howorth died in 1893 and his widow established a partnership with the factory’s accountant James Gilman. The Baroneza retired to England in 1909 and James Gilman continued to manage the factory until his death in 1921. His son, Raul Gilman then formed a partnership with Herbert Gilbert, who eventually became the major shareholder. Herbert’s son, Leland Gilbert succeeded him in 1962, and his son, Clive, succeeded him as CEO in the 1970’s.

The 1970’s were turbulent years for the factory, initially due to national economic problems, and then, following the revolution in April 1974, considerable industrial unrest and high labour costs. Plans to build a new factory near Vila Franca were no longer viable and the factory closed in 1983. Eventually a new residential complex, Real Forte, was built on the factory site, a small part of the latter being set aside for the museum.

After lunch at a nearby restaurant we returned to the auditorium for a showing of a short film of Clive’s investiture at Buckingham Palace early this year as a Member of The Most Excellent Order of the British Empire (MBE).

We then had an opportunity to view the kiln, the displays of high quality Sacavém ceramic products (hence the phrase Sacavém é outra loiça), photographs and other memorabilia.

All present found this to be a very interesting and enjoyable event and would certainly recommend a visit to the museum. Further details are available here. 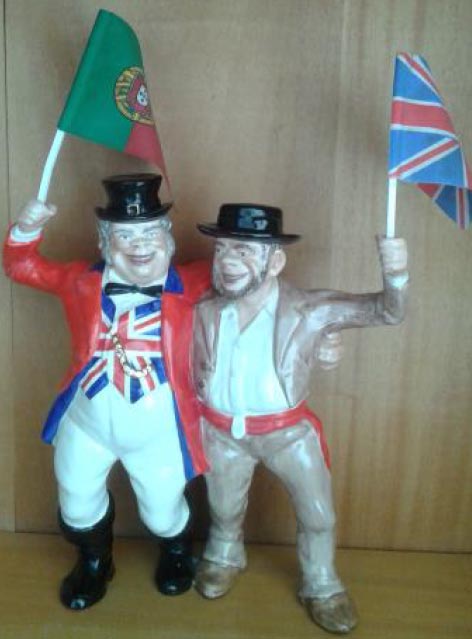 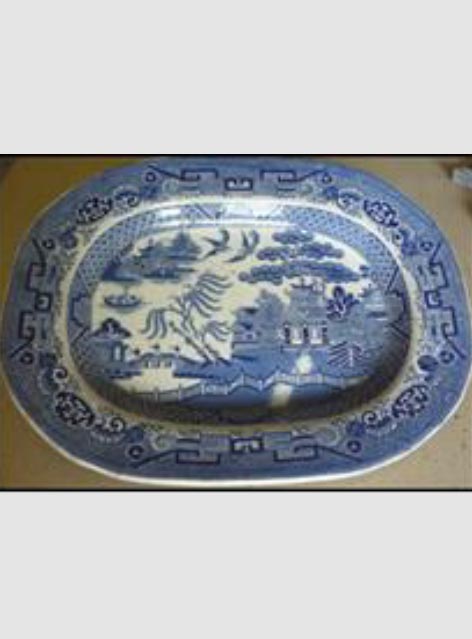 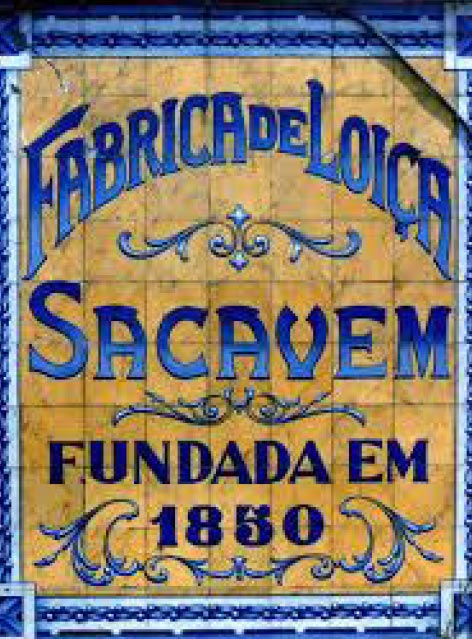