Report on the trip to Cais de Escaroupim, River Tejo

On 11th May, 2019, a coach-load of nearly 50 BHS eager-beavers set off on a coach expedition to Salvaterra de Magos. If the Algarve is known as “A Portuguese well-kept secret” this wonderful area boarding the Tagus River in the Ribatejo is another place that everybody you talk to “has heard about” – but when pressed, has to admit that they have never actually been there.
Well – they are about to find out what they have been missing and that the lucky BHS Members had the joy of exploring under a somewhat torrid sun. 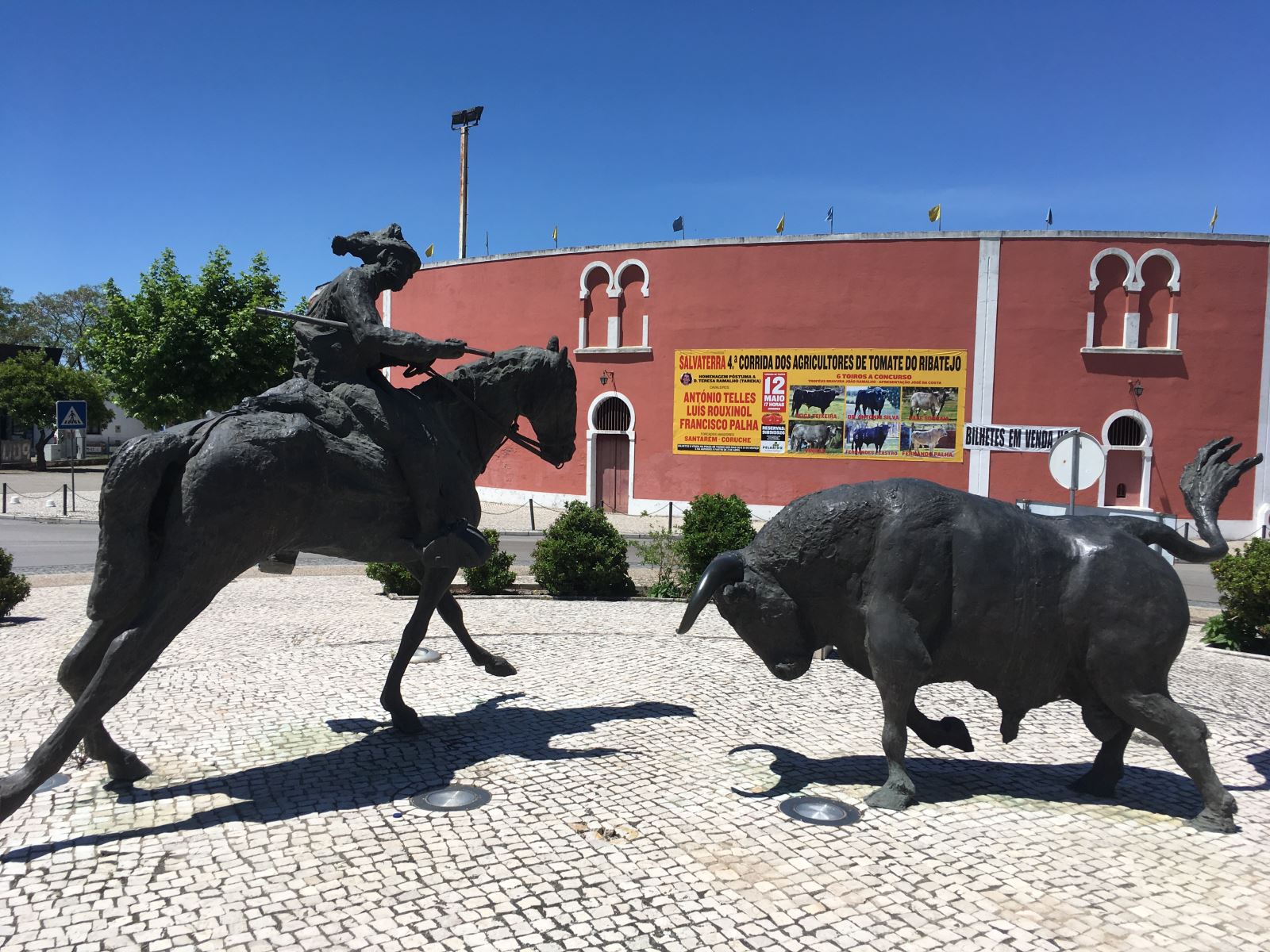 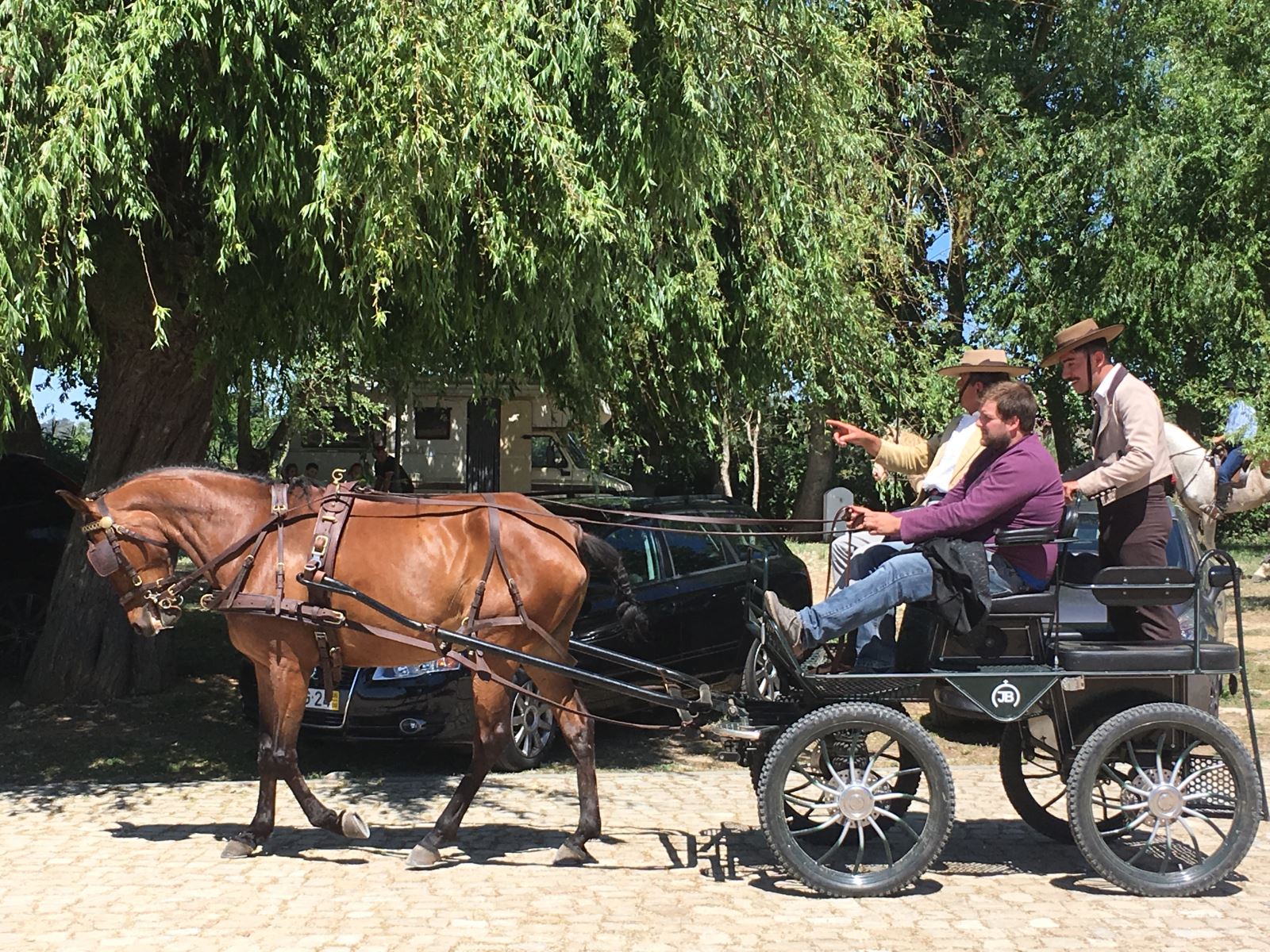 The outing started at the Falcoaria Real, an ensemble (royal country palace, chapel and out-buildings) established in the 18th century, designed under the guidance of one Carlos Mardel and copied from falconries found during the same period in the Netherlands. King Dom José I, the Portuguese king and his Court used to go hunting at Salvaterra de Magos between November and February every year, breaking their travels from Santarém to Lisbon. 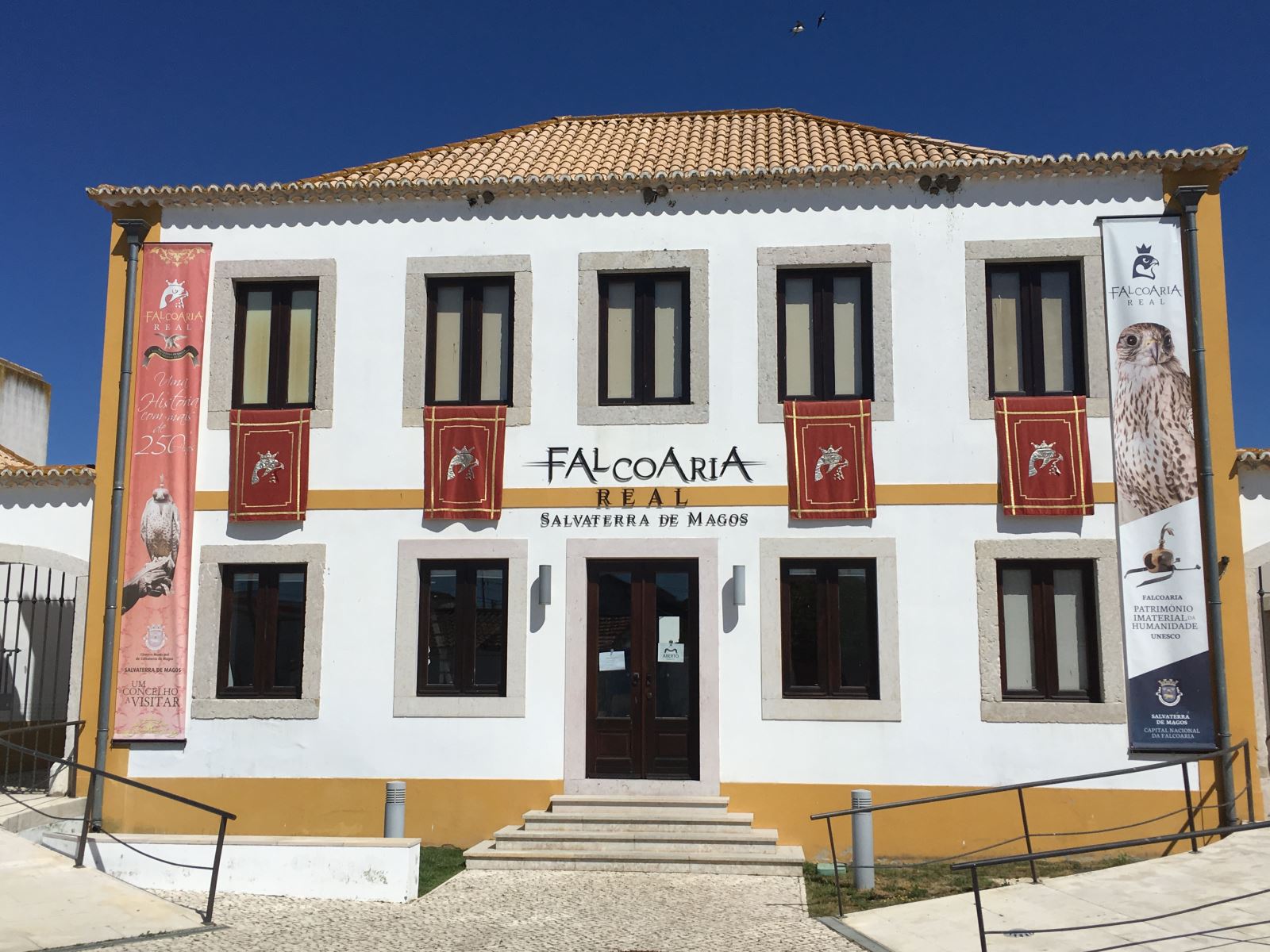 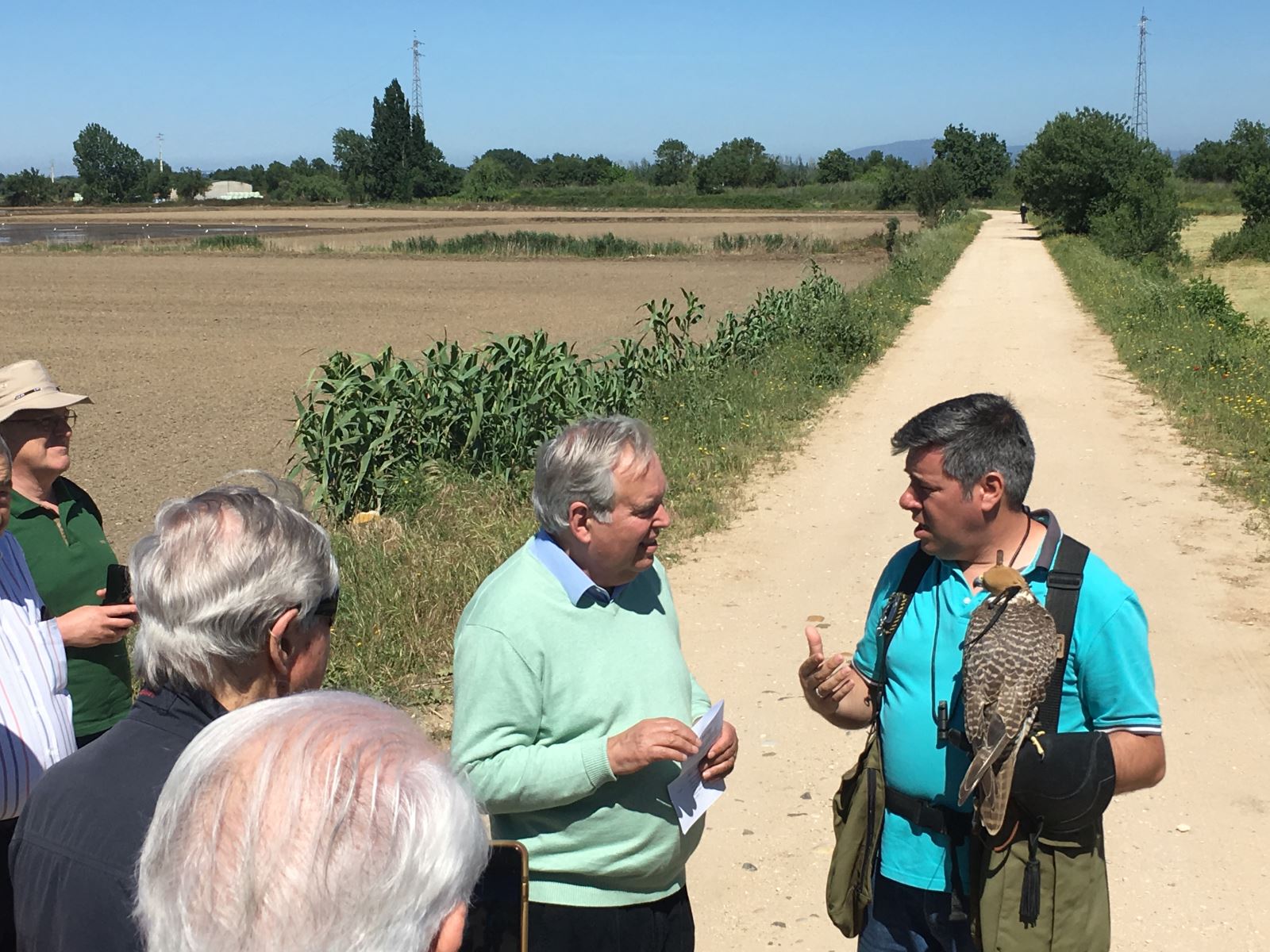 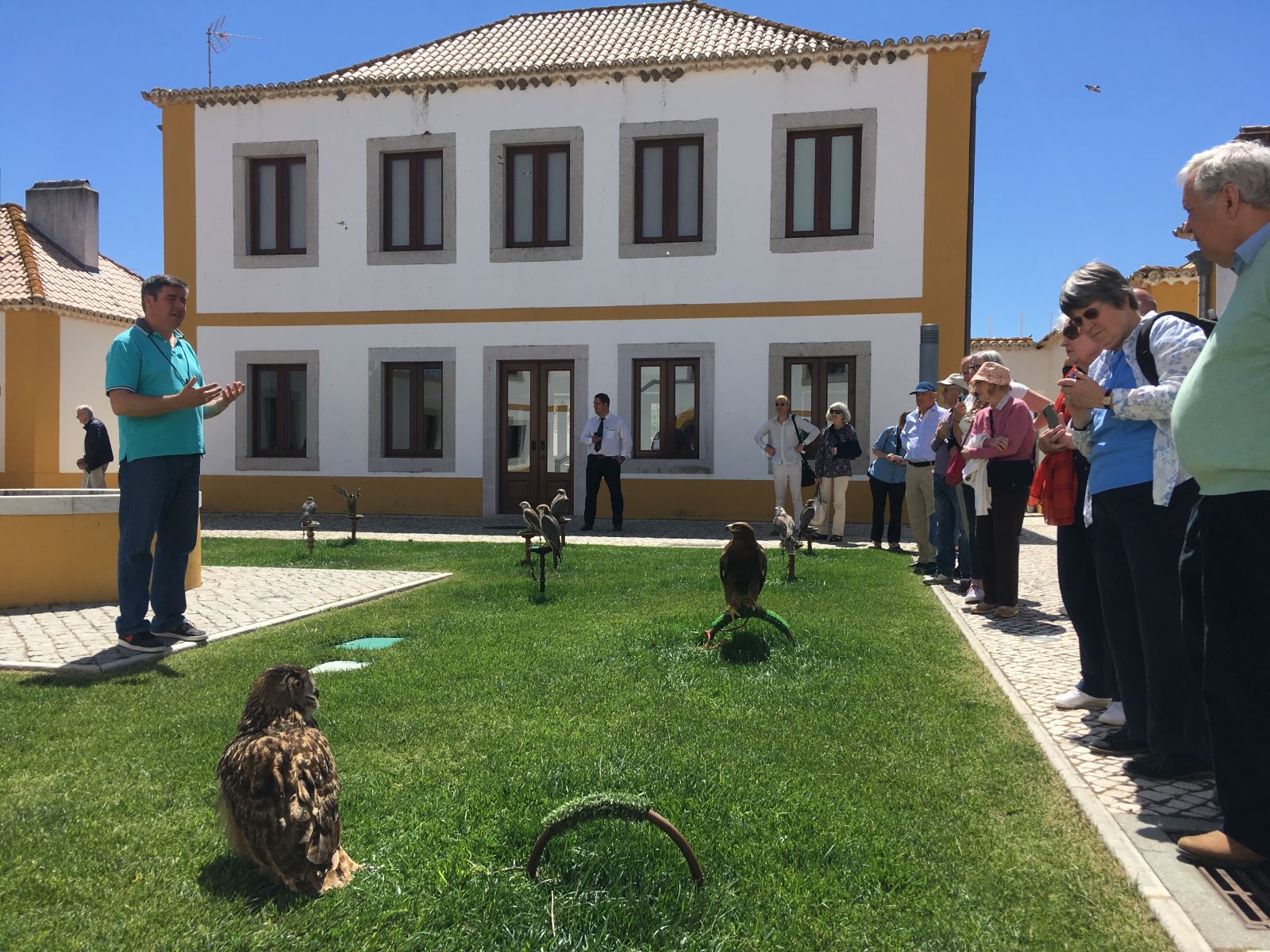 Falconry, first as a means of substance, and then as a status symbol sport, is still used today in the conservation of game species, pest control in agriculture, in landfills, in protecting aquaculture tanks, and landing strips of airports, both national and international.
The centre has Grys, Lanner, Peregrine, and Saker falcons, as well as Goshawks, Steppe Eagles, and Eagle Owls. Witnessing the flight of trained falcons at Falcoaria Real is a must in itself. In 2010, UNESCO recognised the art of Falconry as an Intangible Cultural Heritage of Humanity. Supported by the University of Évora and several international Falconry Associations, Salvaterra de Magos was granted legal status as a place where preys and predators live on today “in balanced harmony”. 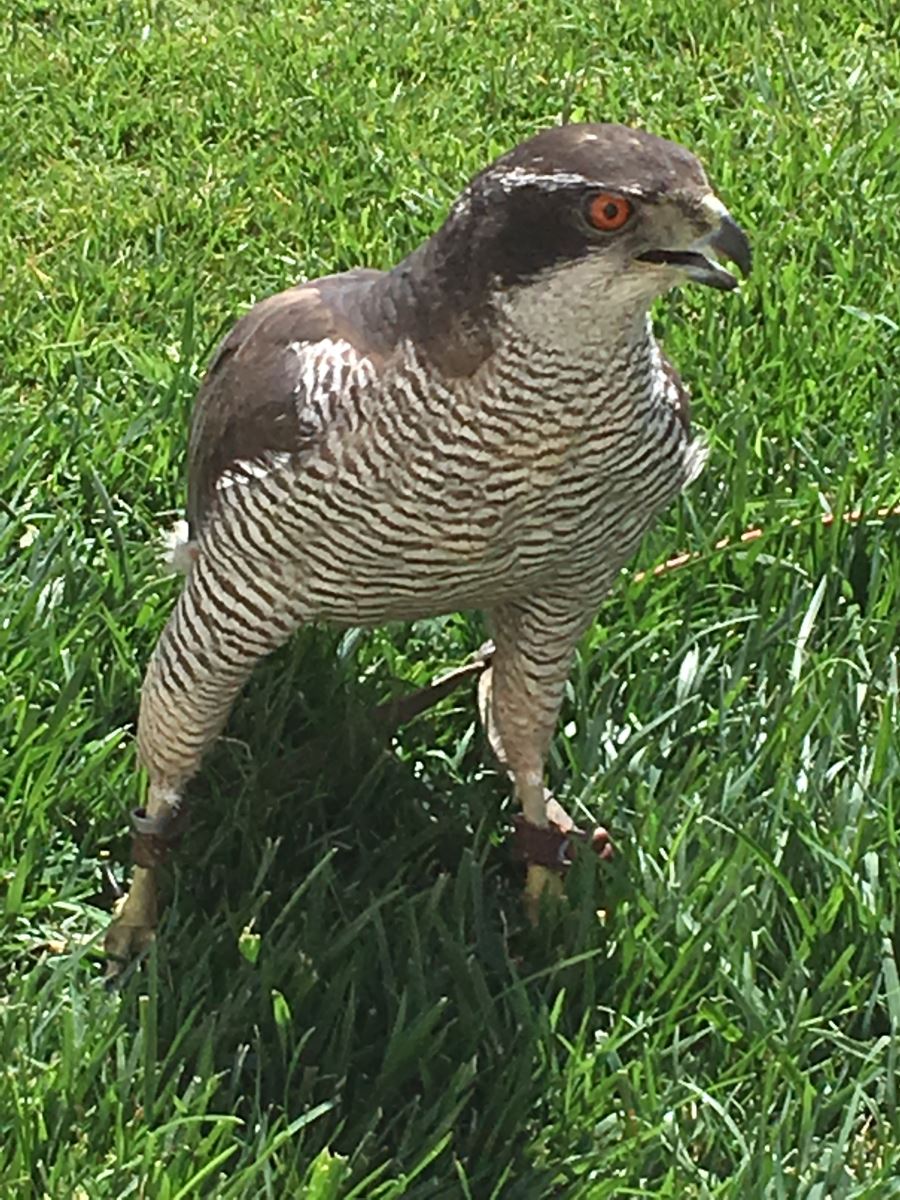 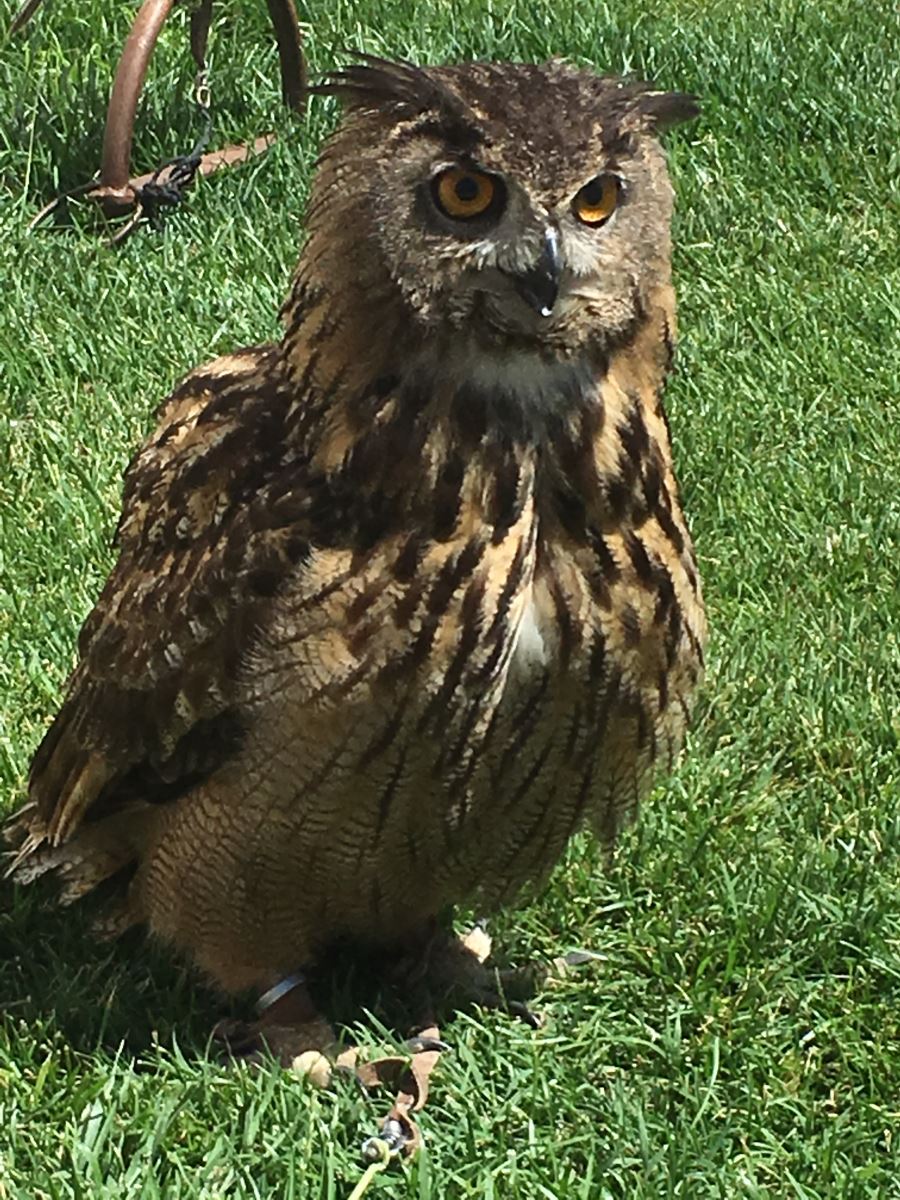 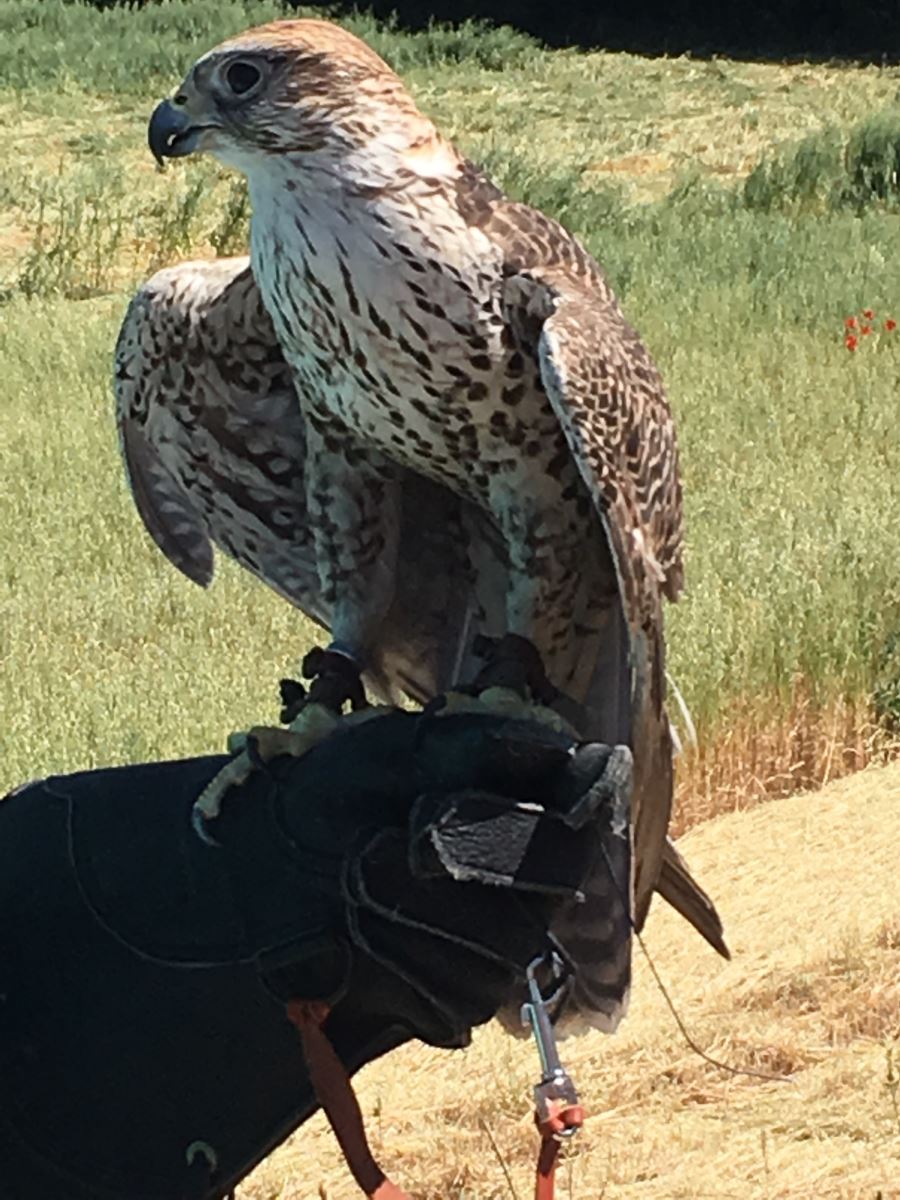 To cut a long story short, in 1991, the Salvaterra de Magos Municipality bought the royal falconry from the family of the Count of Monte Real, whose riverside house can still be seen when travelling on the little boats that zig-zag across the Tagus river and between the numerous islands with visitors, departing from Escaroupim, where a museum pays tribute to the local Aveironese fishermen who used to flee the harsh winters in the North and ply their trade in the more clement waters of Escaroupim. 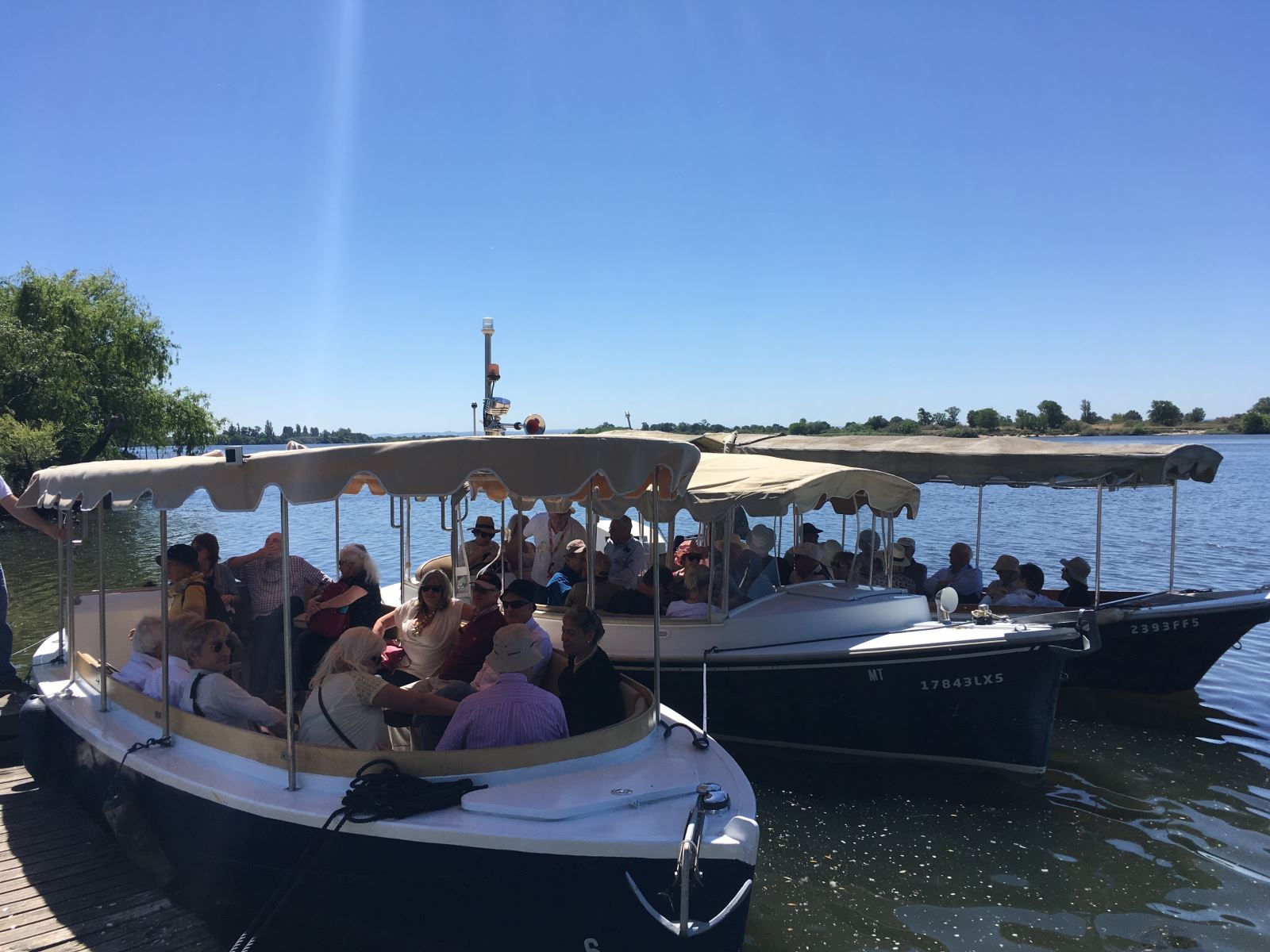 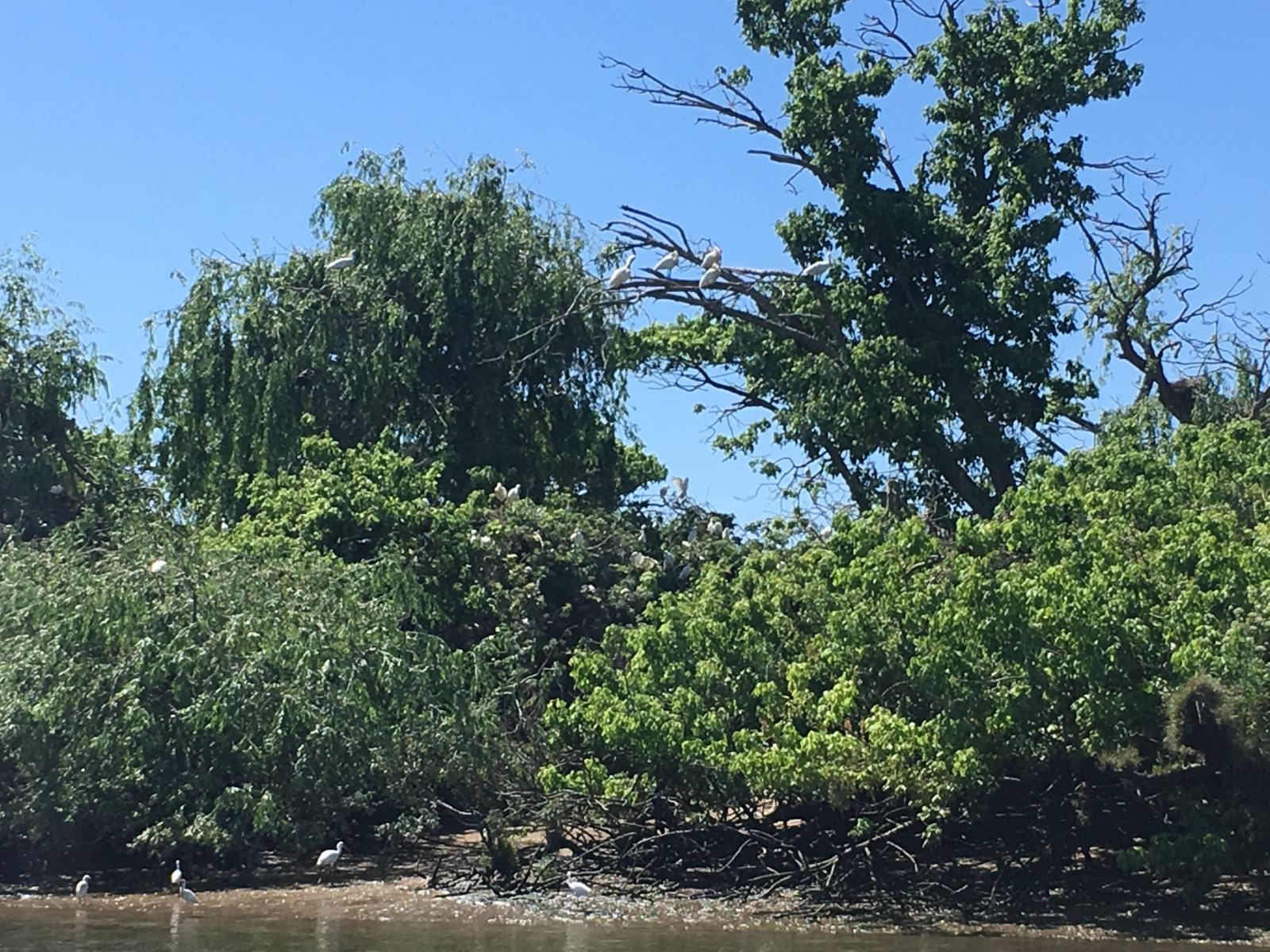 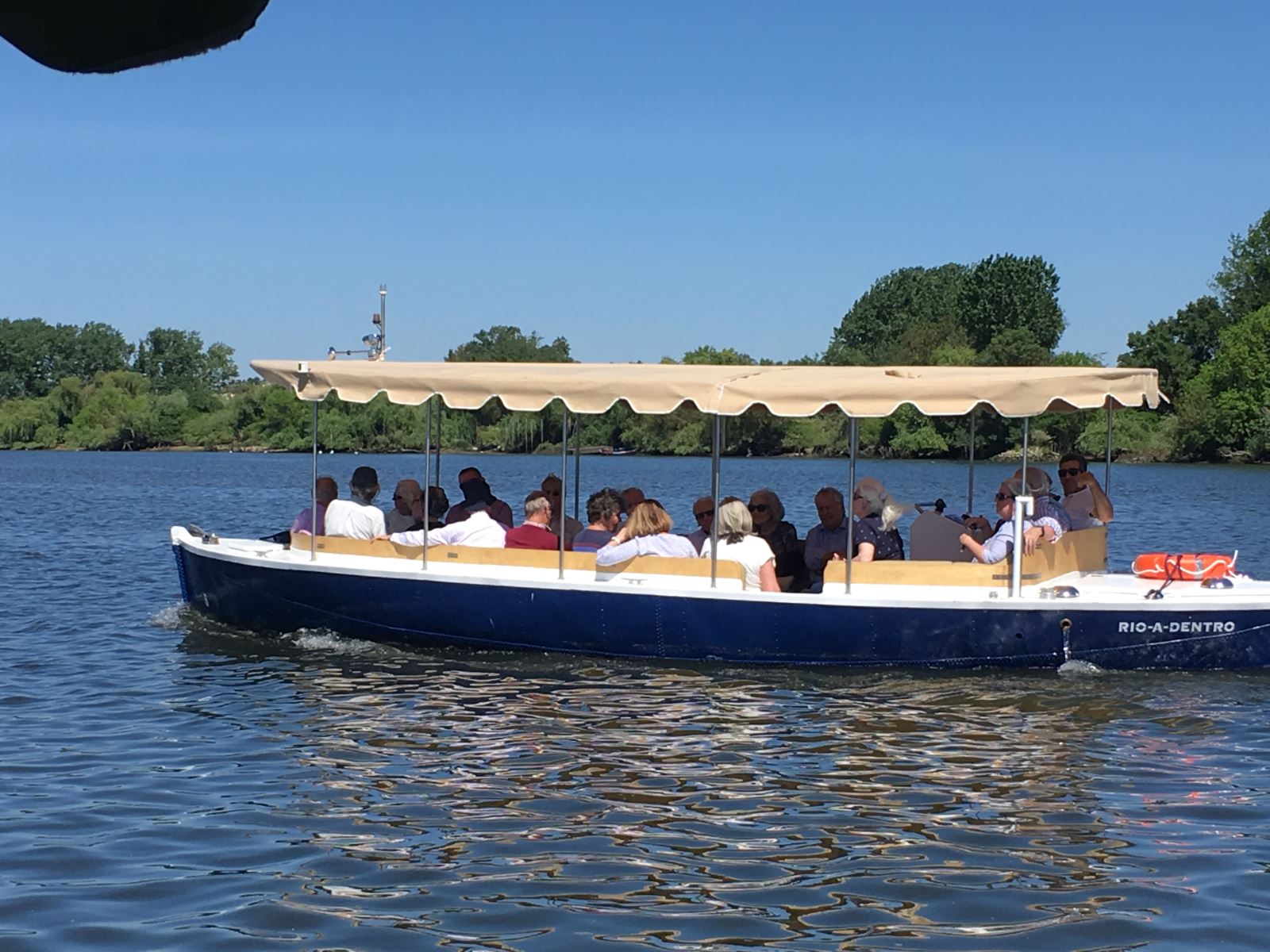 On these sand-islands, Lusitano breeding mares are trucked all the way from the stud farm of Alter de Chão near Portalegre to graze on the islands in the summer. Wild birds nest in the trees of the islands, such as Spoonbills, two species of white Egrets, Glossy Ibis, Egyptian geese, Kingfishers, Cormorant and Opsreys - to name but a few of the birds spotted during our river tour.
The islands and oxbow channels are in constant mutation, due to erosion upstream and deposits of sand downstream. These islands are known locally as “mouchões”. The village of Valada still has a tide surge protective wall and dyke but the town was flooded from the west in 1979 and had to be partially rebuilt. Indeed, the whole area of this little-known region is a “hunting and walkers' paradise”.