Home  »  Events  »  Report on the guided walk along the Oeiras coast

Report on the guided walk along the Oeiras coast

Observing strict Covid procedures, 11 members of the Society participated in a short walk along the Oeiras coast on the 26th of June, where our Vice-Chairman, Mark Crathorne, guided us through various little-know sites of historic interest, spanning four centuries. 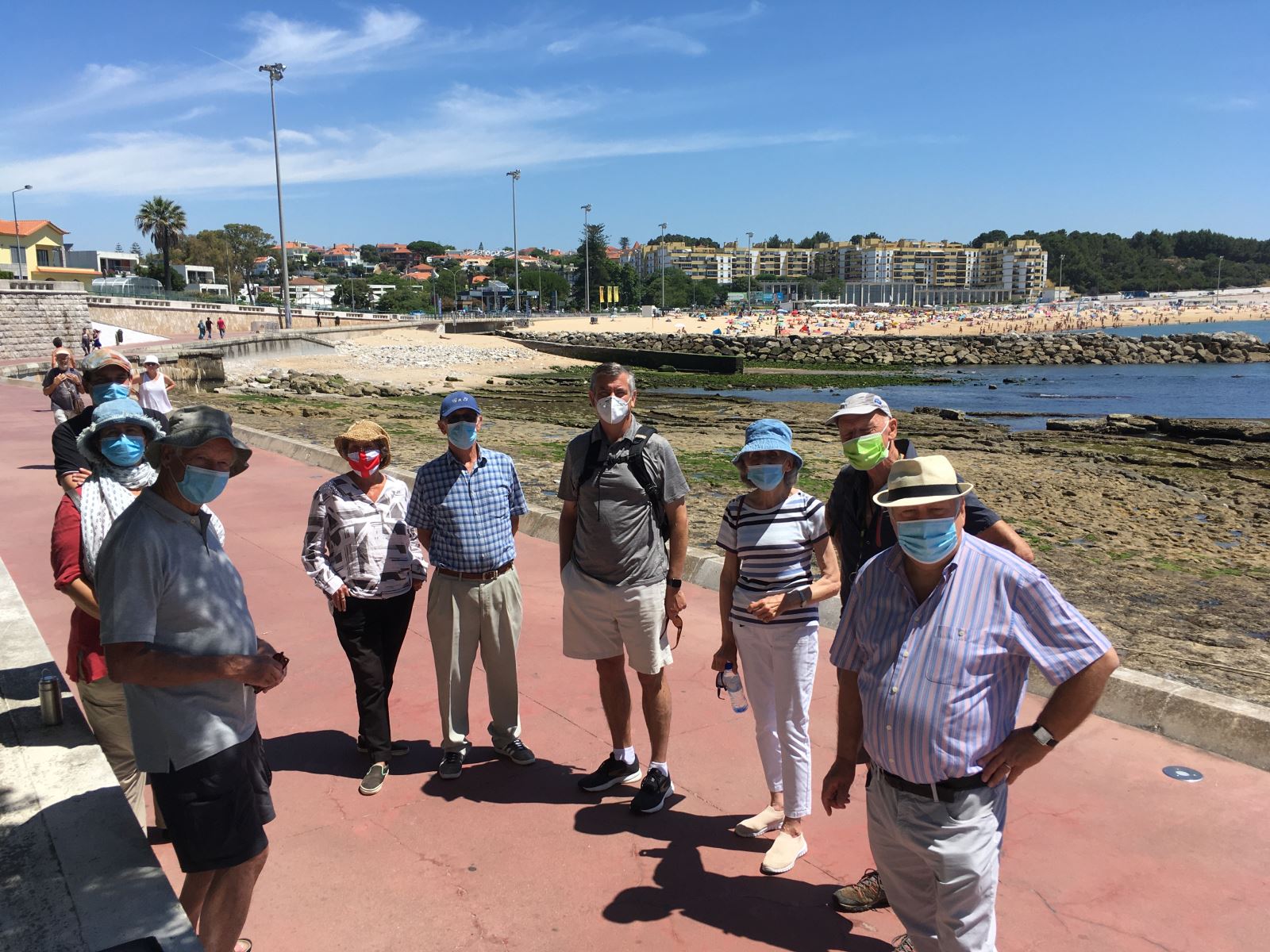 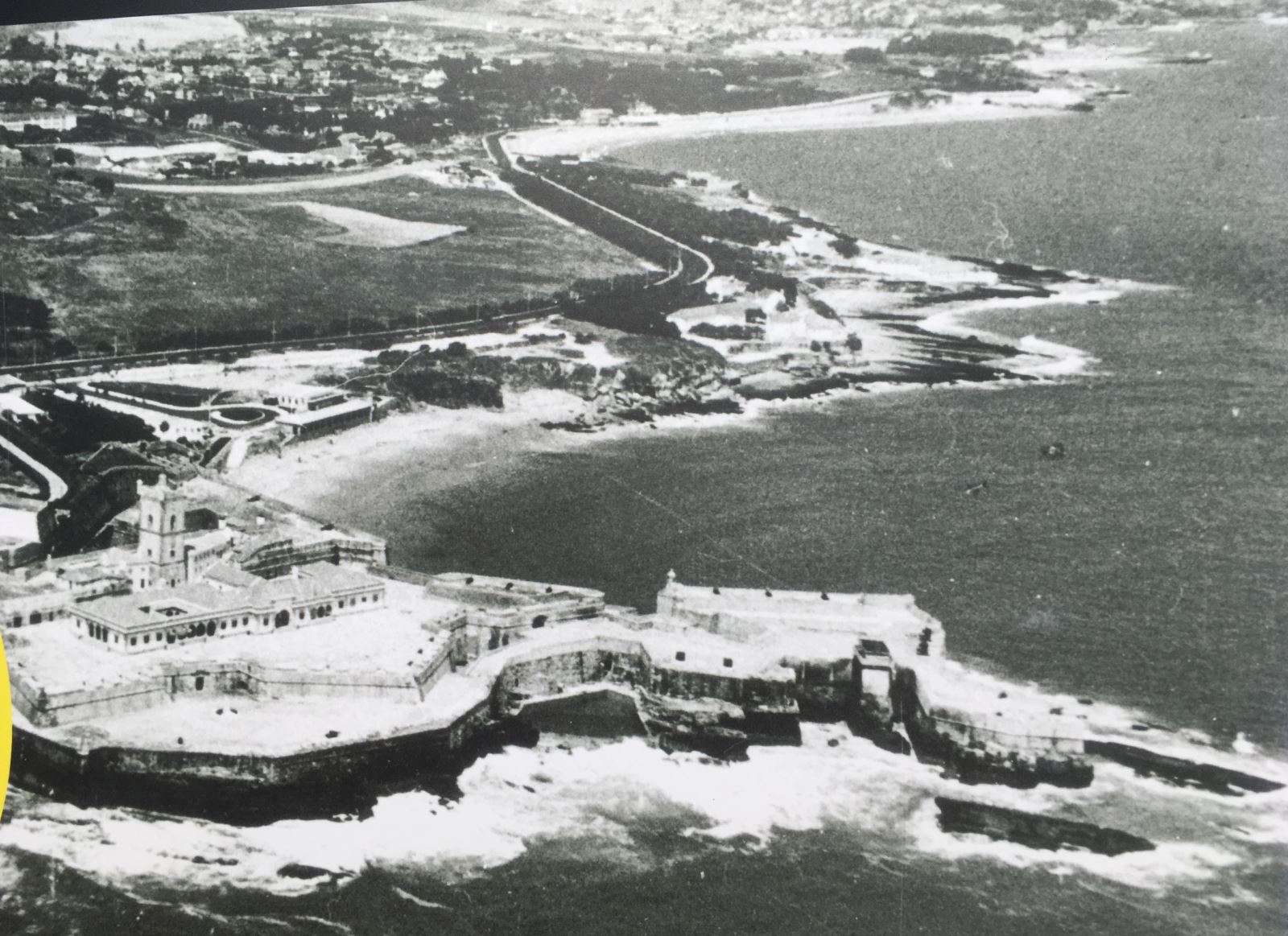 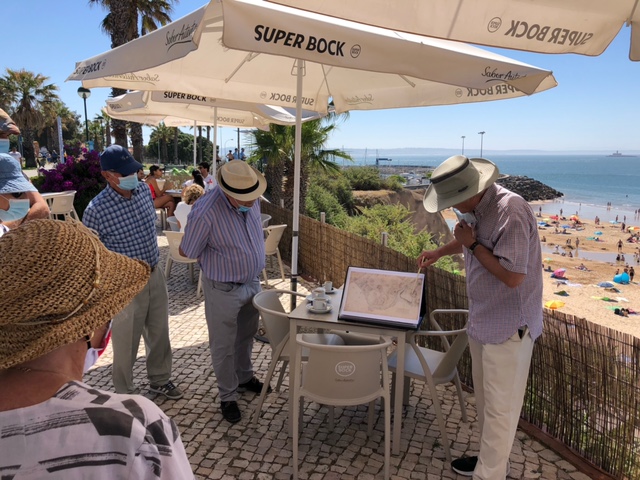 Starting at the Praia da Torre, we saw where the Duke of Wellington ordered the construction of a series of jetties as a potential disembarkation point during the Peninsular War, in the lee of Forte São Julião da Barra. The blocked up covered way leading to the jetties can still be seen to this day. The Third Line of Torres Vedras was also built to protect the temporary port, comprising 13 forts (Nos. 98 to 110), none of which has survived. 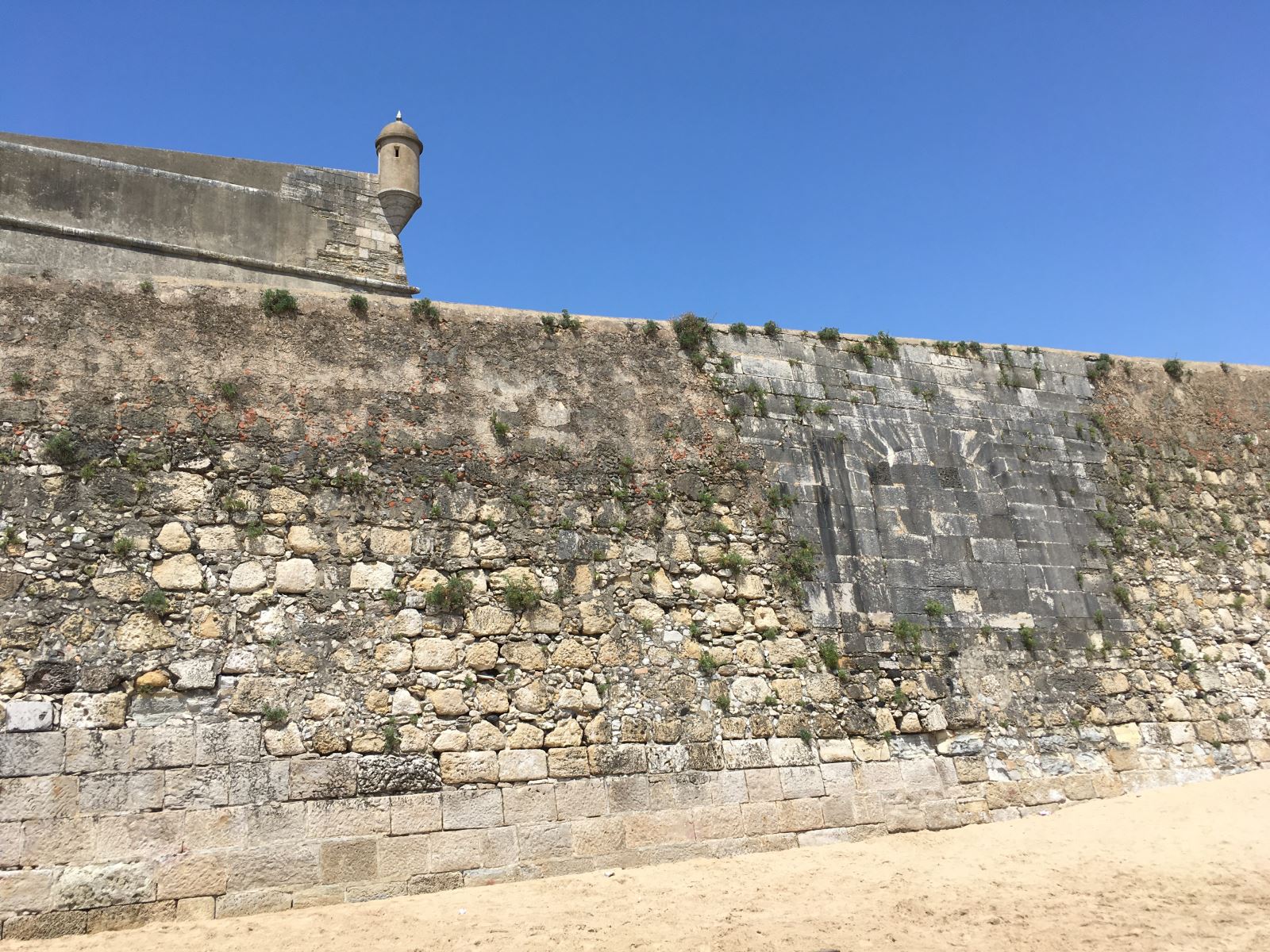 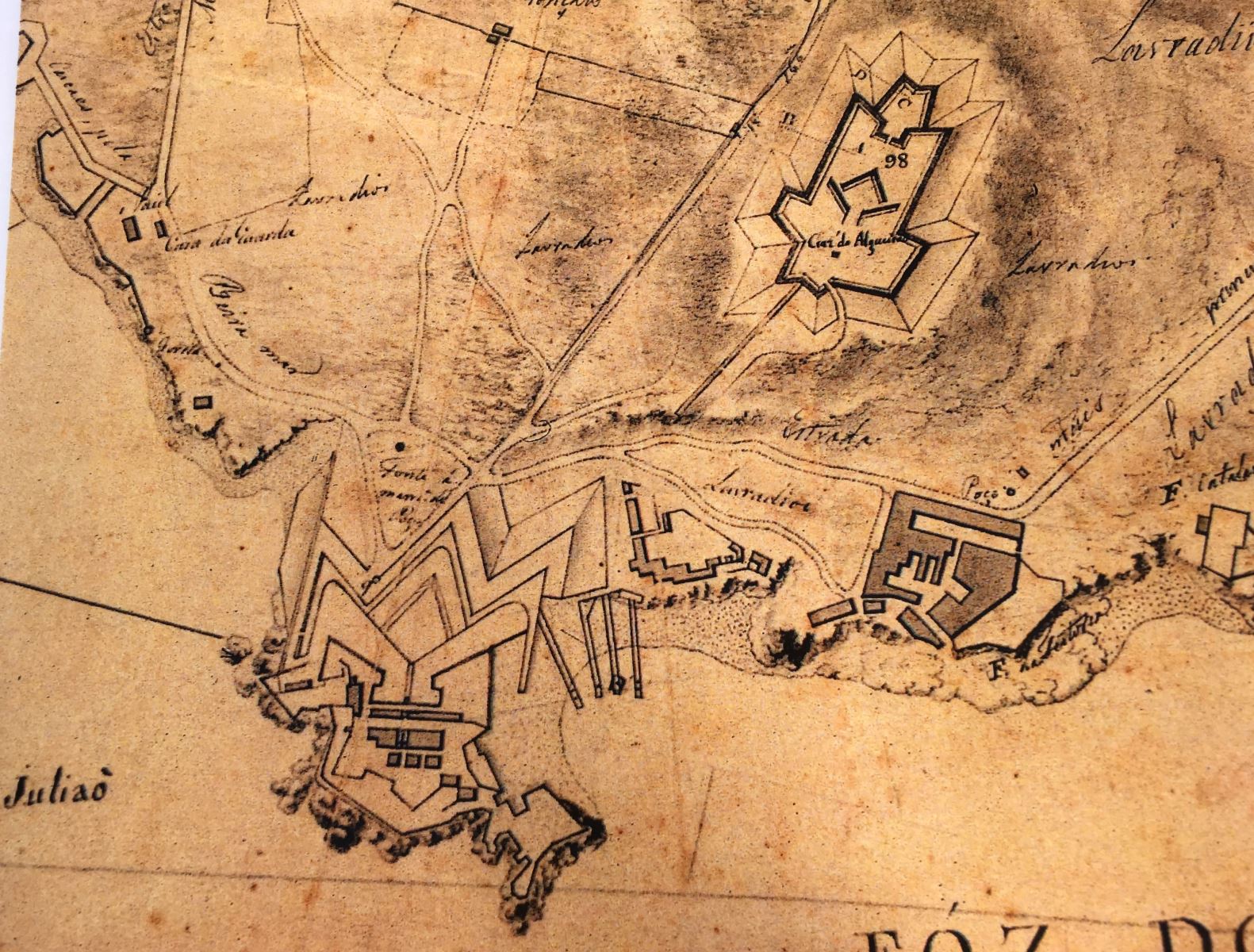 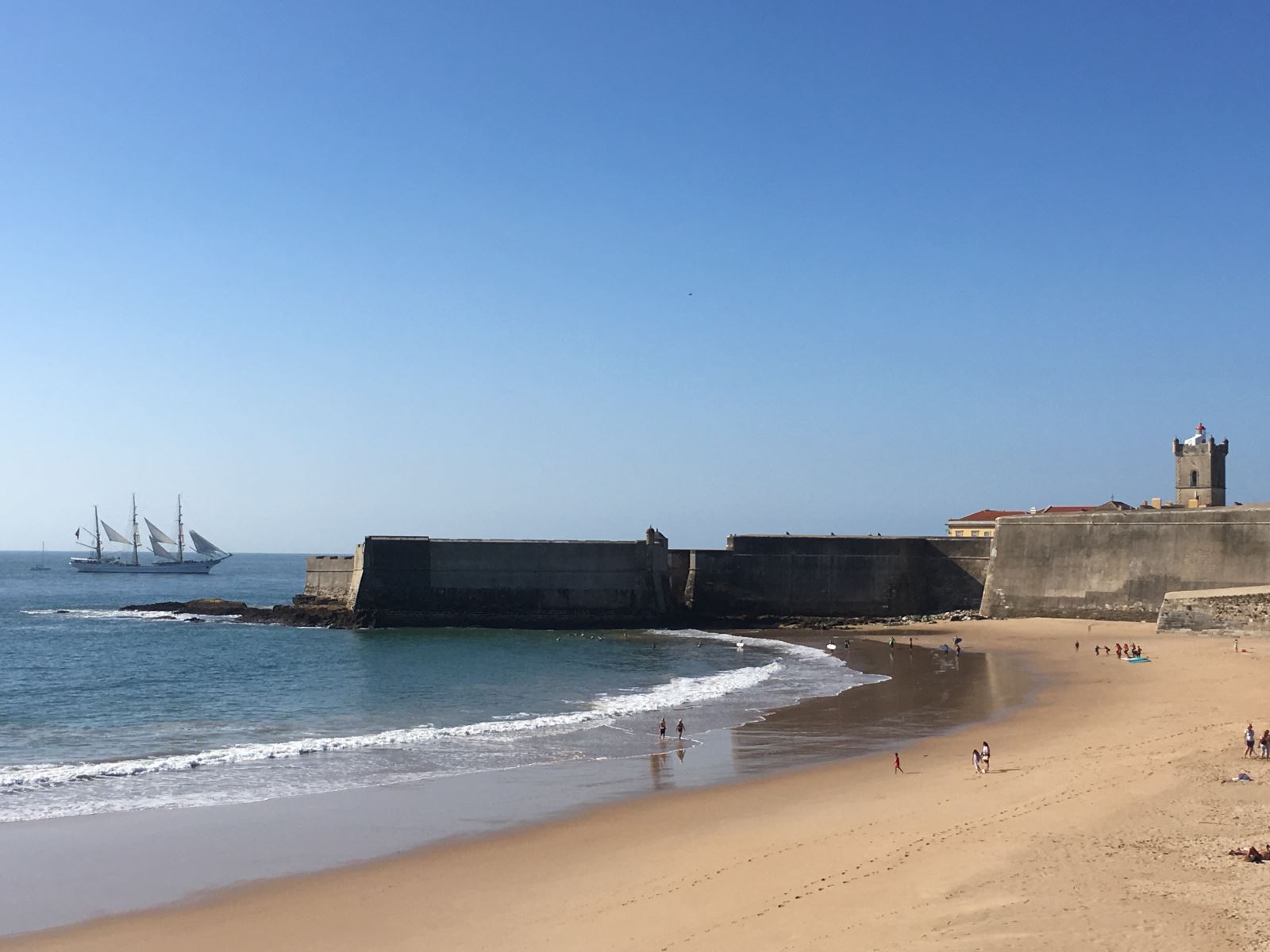 Forte São Julião da Barra was one of the first four forts to be built during the first half of the 16th century to protect the navigable entrance to Lisbon, on the orders of D. João II, and later D. Manuel, the others being Trafaria (1482), Cascais (1488) and Belém (1515). The fort surrendered to the Spanish under the Duque of Alba in 1580 and was occupied by the French in 1807 at the beginning of the Peninsular War. The tower was built in 1761 and served as the prison for 124 Jesuits during the time of the Marquês do Pombal in 1759, and later of General Gomes Freire de Andrade, who was hanged on 18 October 1817, on the orders of Marshal Beresford. It was used to host General Dwight D. Eisenhower in 1951 and Field Marshal Montgomery in 1952 and later both Kaddafi (2007) and the German Chancellor, Angela Merkel (2012). Is the official residence of the Minister of Defence. 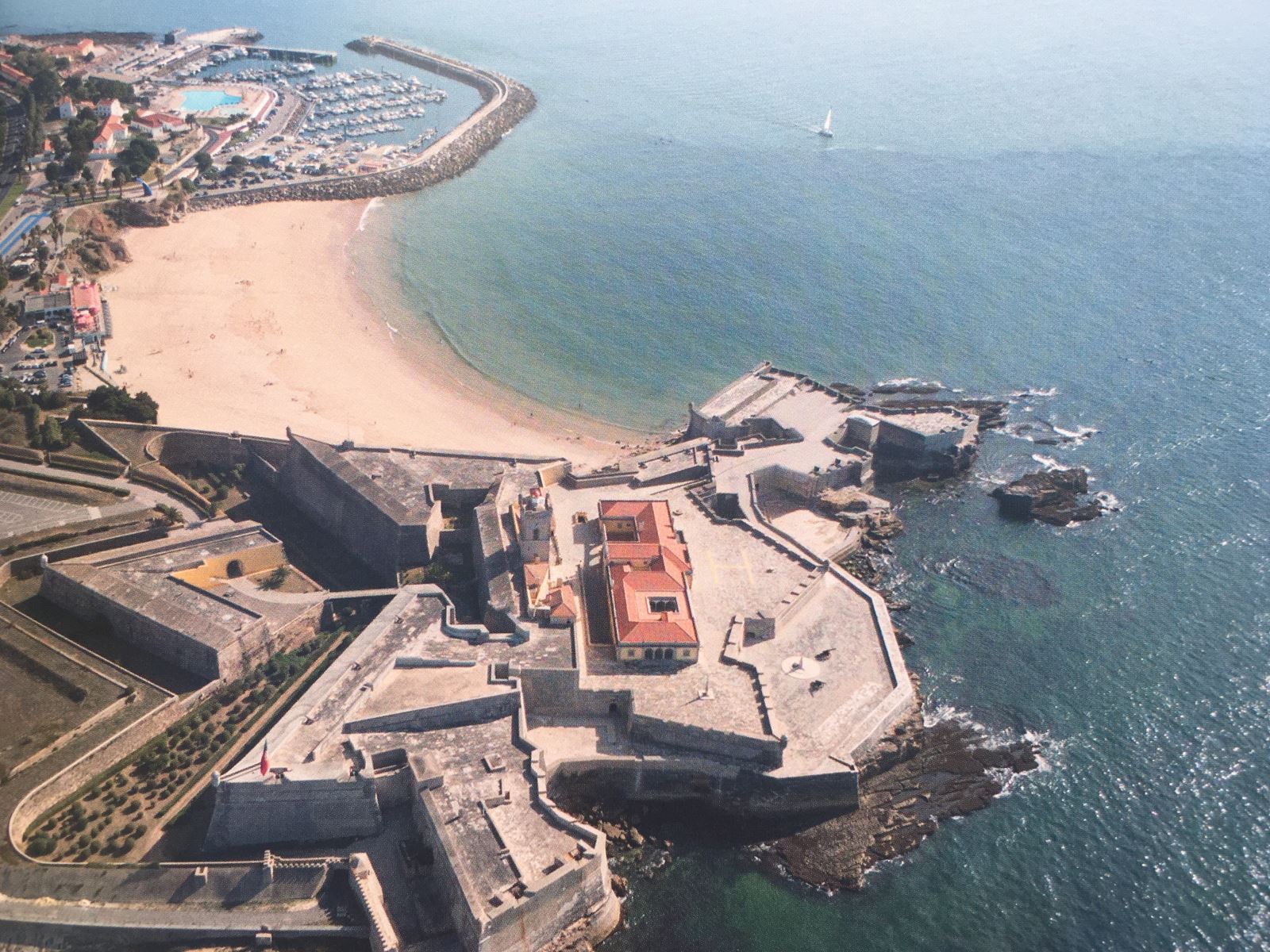 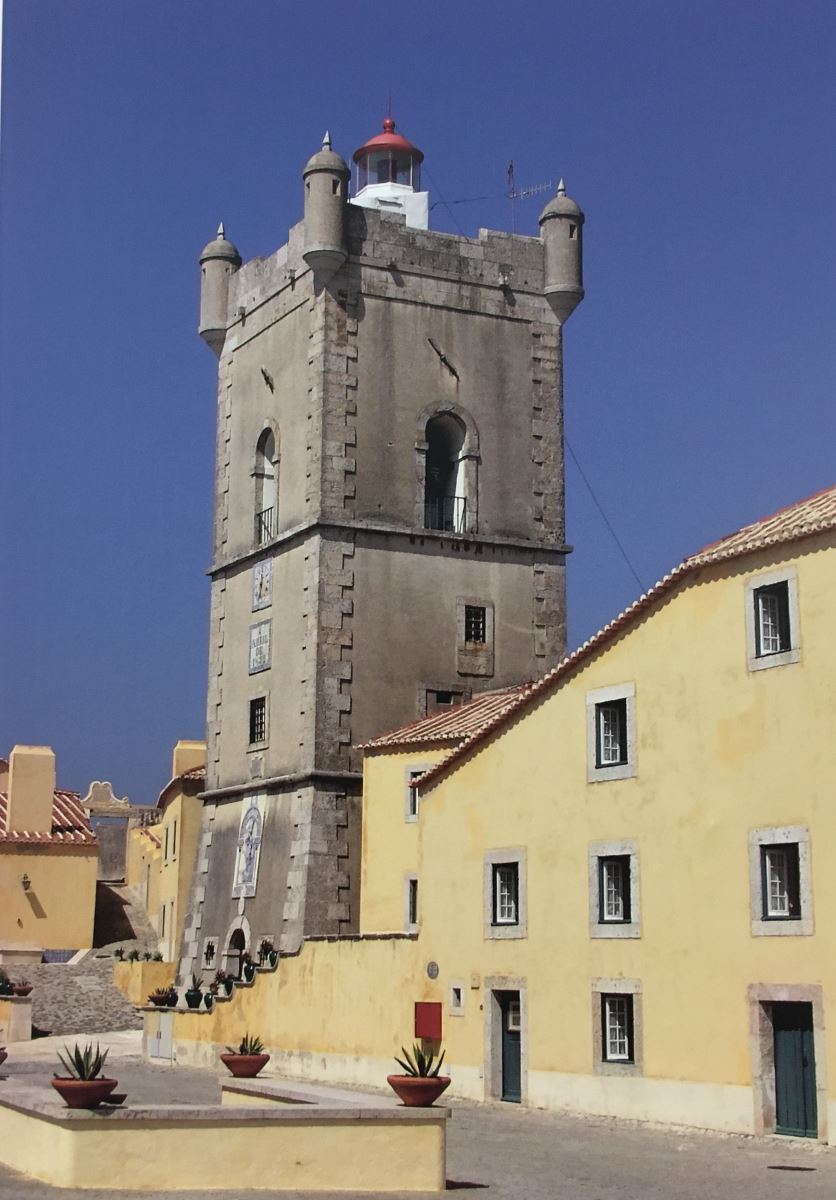 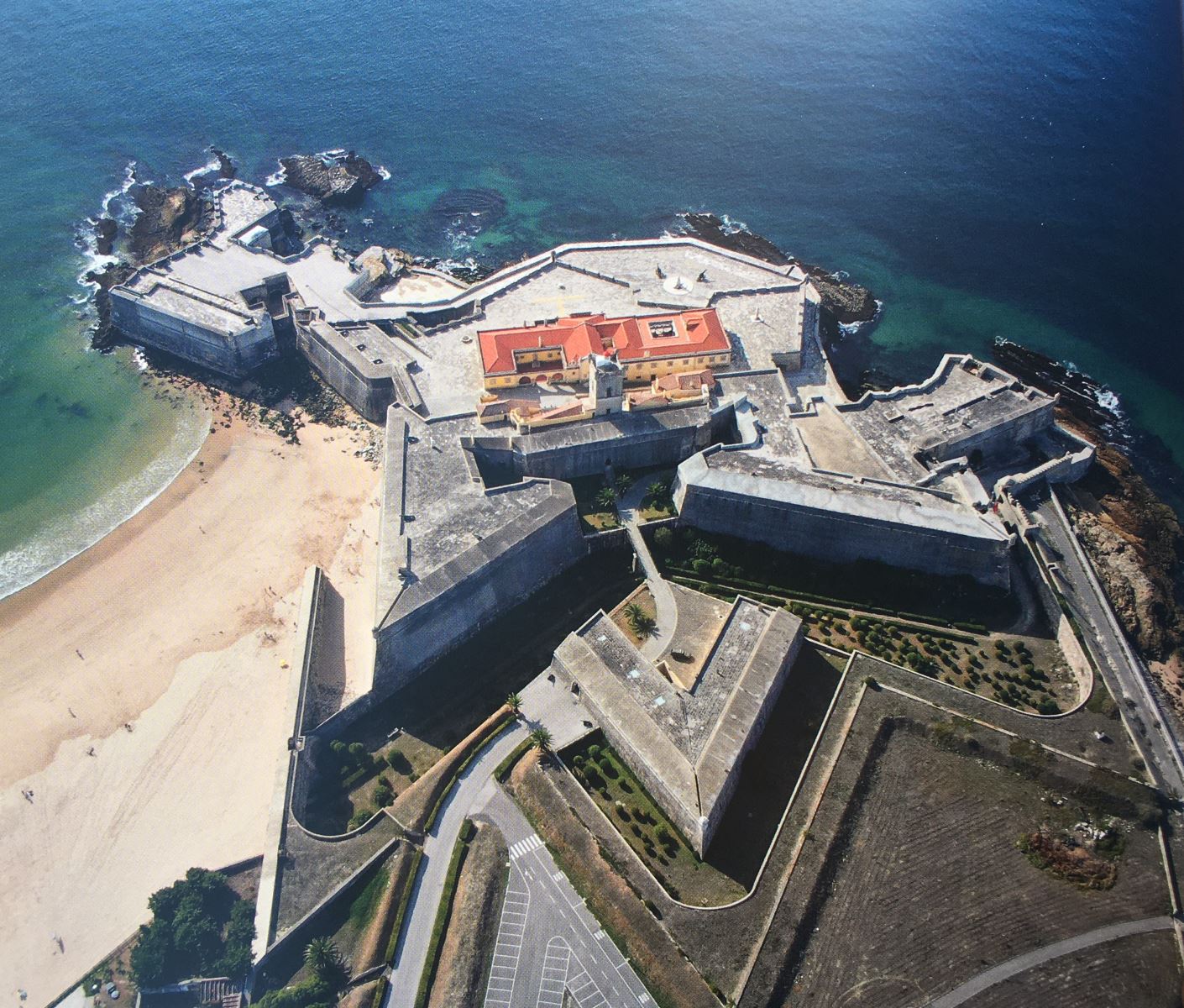 We then walked underneath the 16th century Bateria de Feitoria, where the Real Colégio Militar can trace its origins back to 1803, the alma mater of D. Duarte de Bragança. The origins of the fort go back to cerca 1590, when it served as a military yard for the construction of the Torre do Bugio, in the middle of the Tagus. The School of the Regimento de Artilharia da Corte was founded there in 1708 and a battery of artillery was installed to provide crossfire out to the Bugio.  The Colégio de Educação do Regimento de Artilharia da Corte was founded by Coronel Teixeira Rebello, the regiment’s commandant, to educate the children of the garrison in the nearby Forte Sã Julião. The Colégio Militar occupied the site up until 1814, when it moved to Luz, near Benfica. It was later given to the Colégio Militar as a holiday colony in 1939. 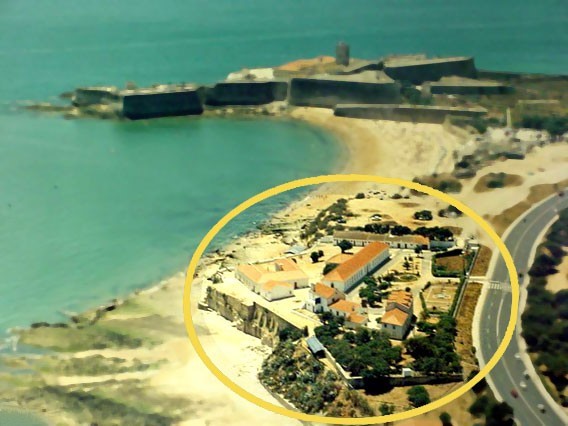 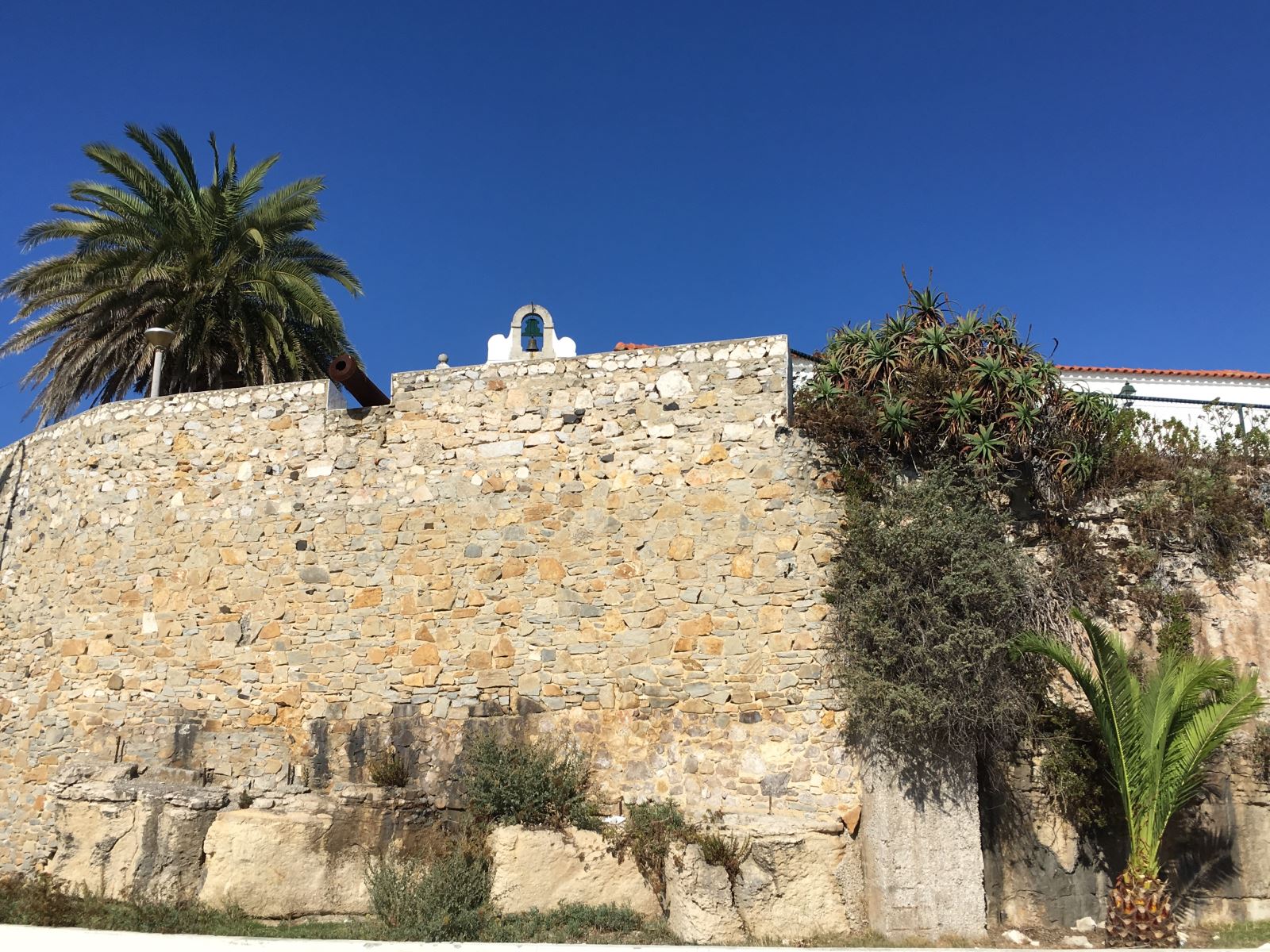 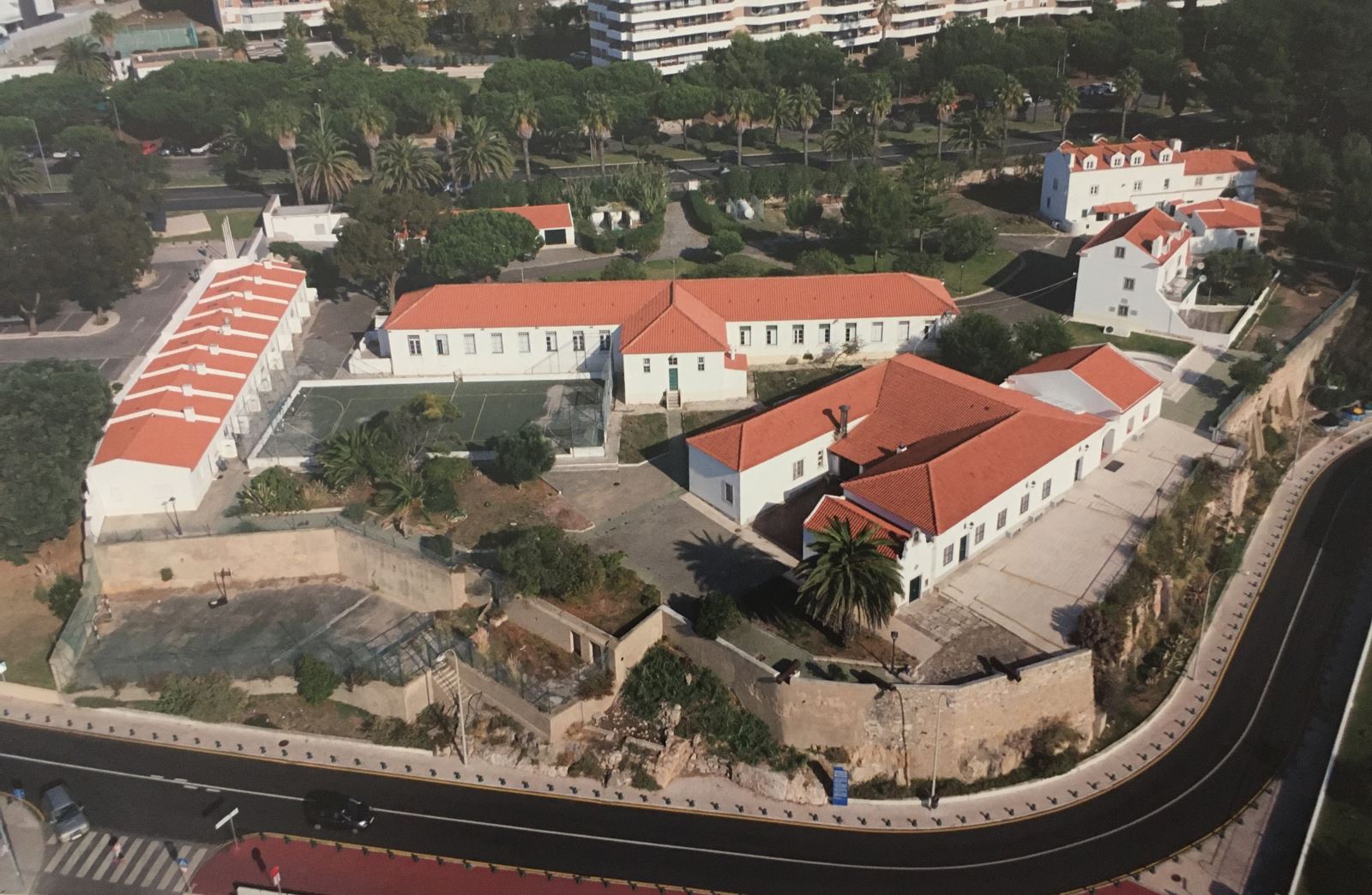 From here we looked out at the Torre de Bugio. Work started in 1571, during the reign of Filipe III Portugal (Filipe I Spain), under the direction of the Italian architect, Frei Vicêncio Casale. It was originally named Fortaleza de São Lourenço da Cabeça Seca, on account of its location on a sand bank and D. Filipe’s favourite saint. A master of engineering, it took nearly 100 years to complete in 1657. It first housed a wooden fort built on a circular stone base. The lighthouse tower was built in 1693, being rebuilt after the earthquake of 1755, whose silhouette gives rise to its name (the French word for candle, “bougie”). It has served not only as a battery to provide crossfire to the Oeiras coast, but also as a prison several times, and as a manned lighthouse from the 1940s through to 1982, with the men staying for spells of 29 days. 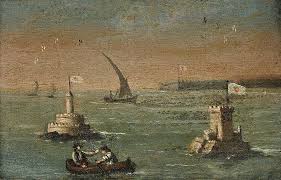 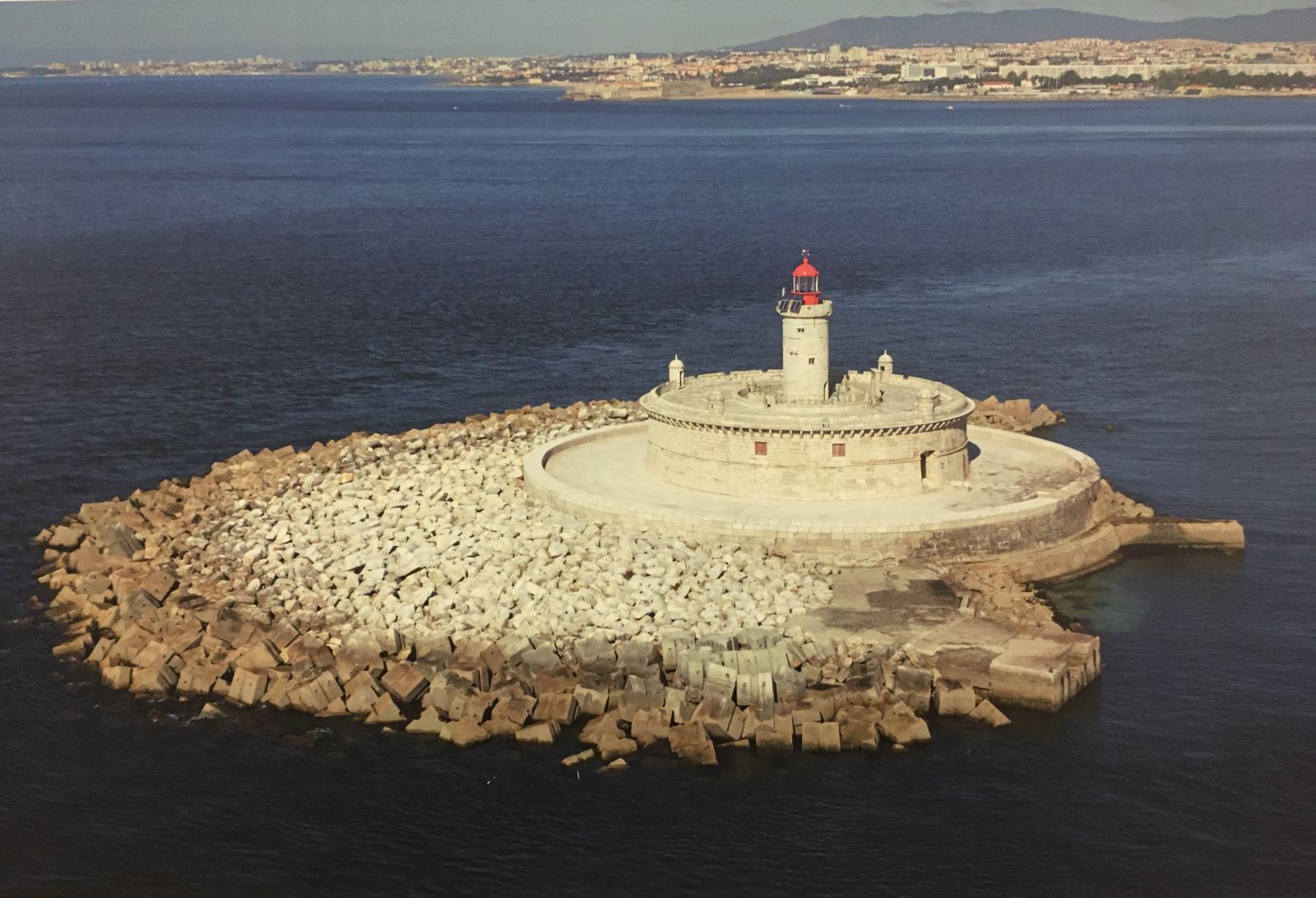 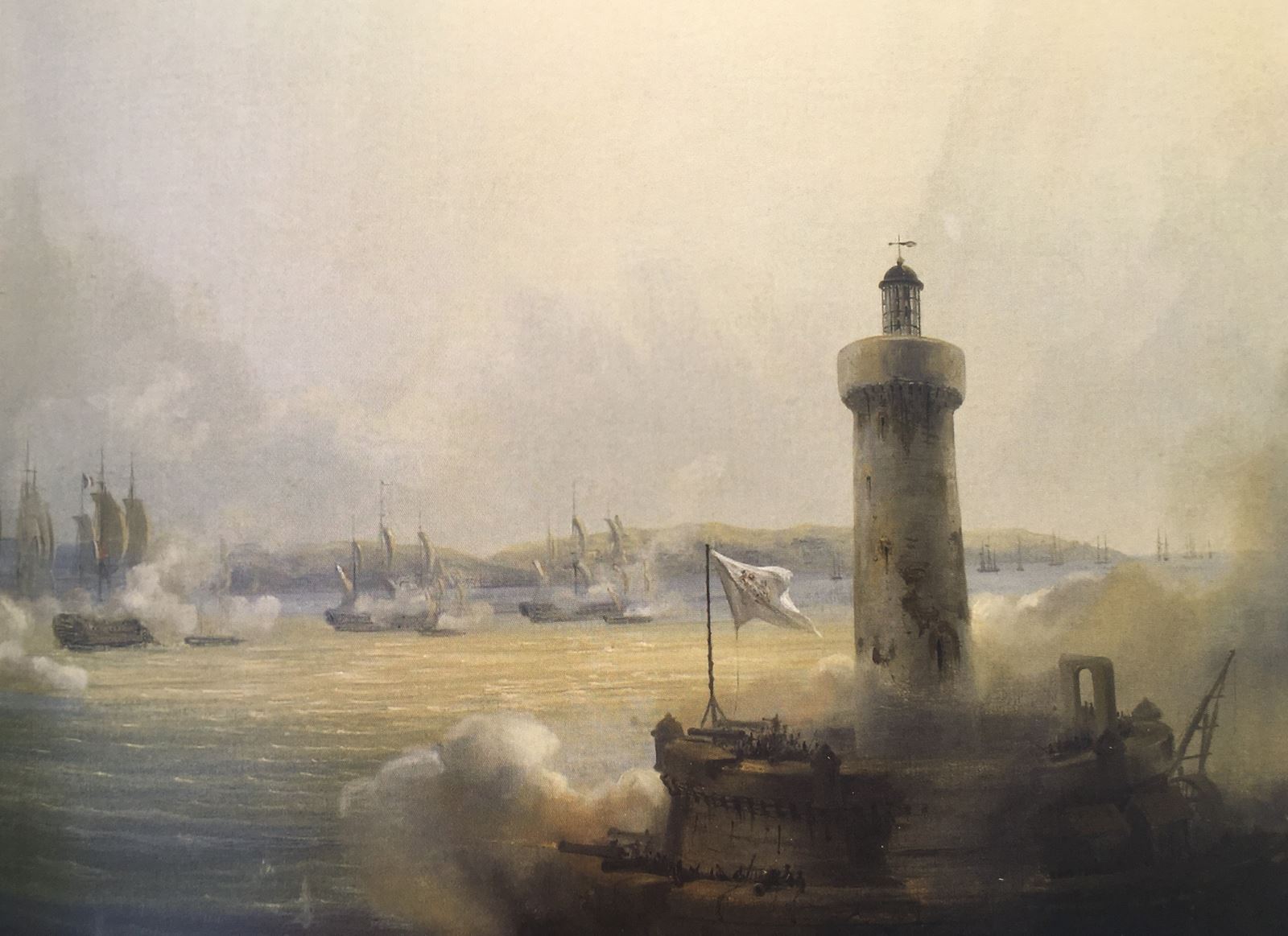 As we walked eastwards, being low tide, we were able to clearly see the remains of the foundations of a port that was constructed on the orders of the Marquês do Pombal to transport locally quarried marble and stone to Lisbon, to rebuild the city after the disastrous earthquake of 1755. Nearby, we clearly saw the vestiges of the abandoned project to construct a canal all the way up to the centre of Oeiras. 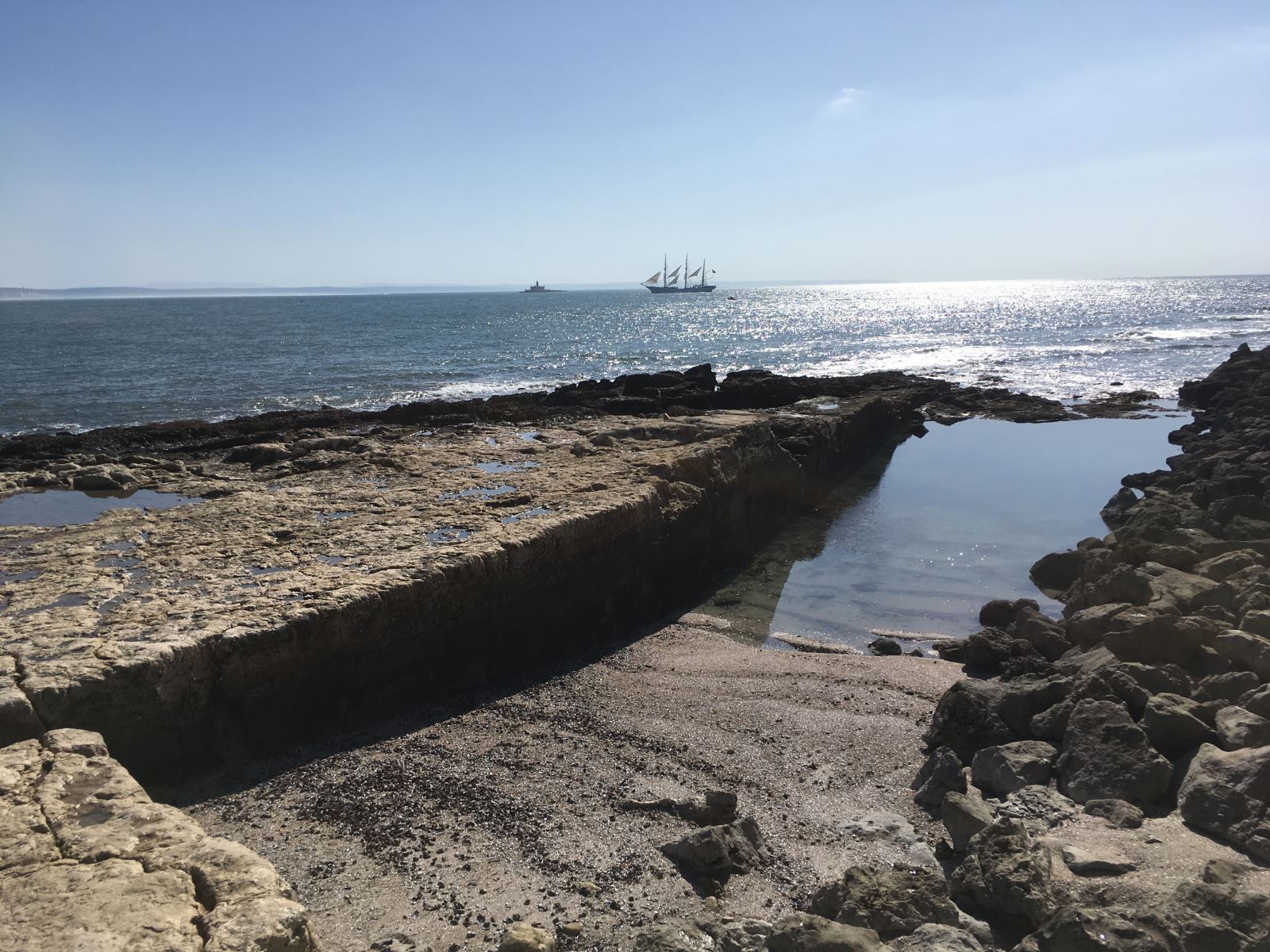 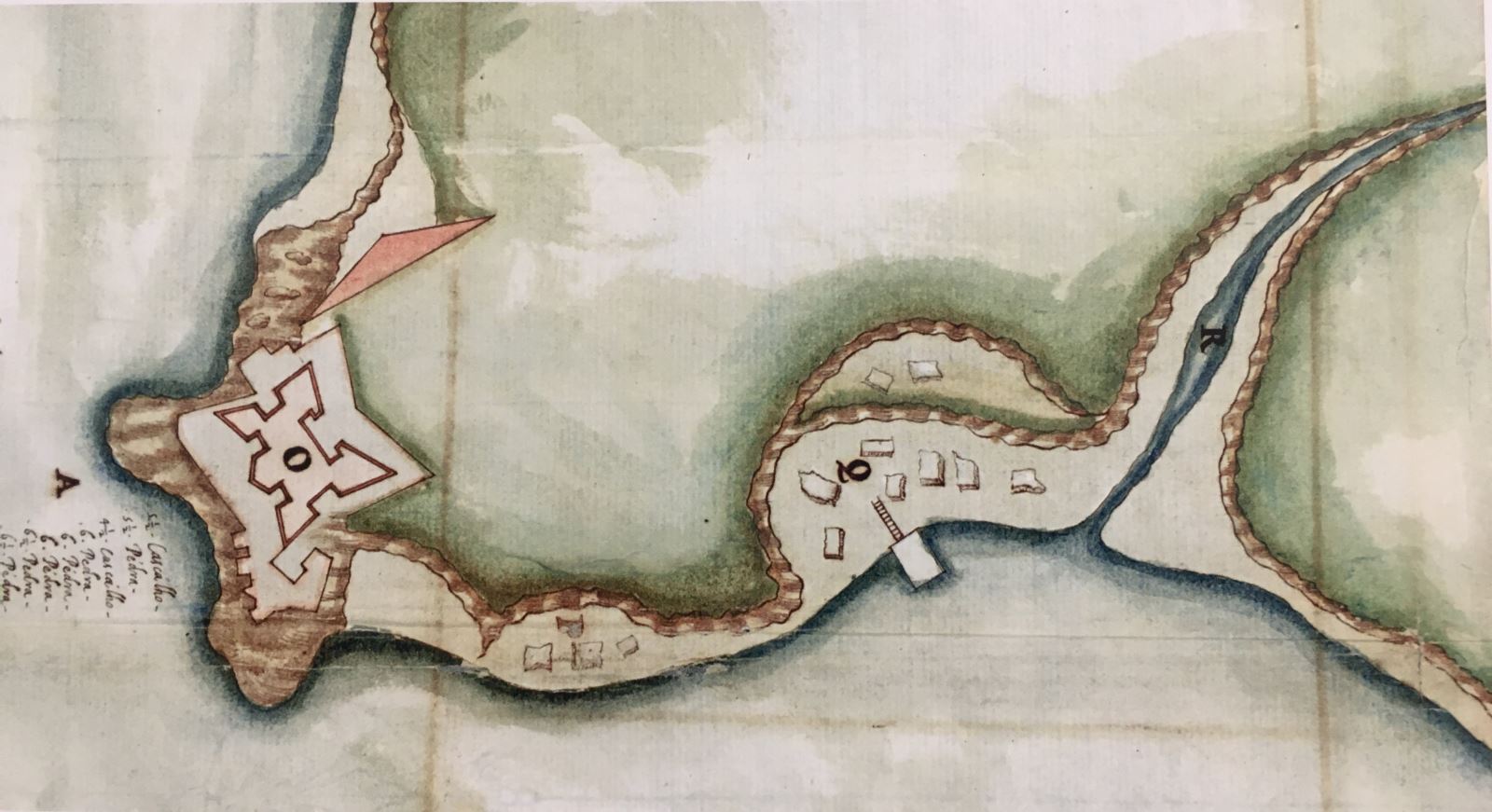 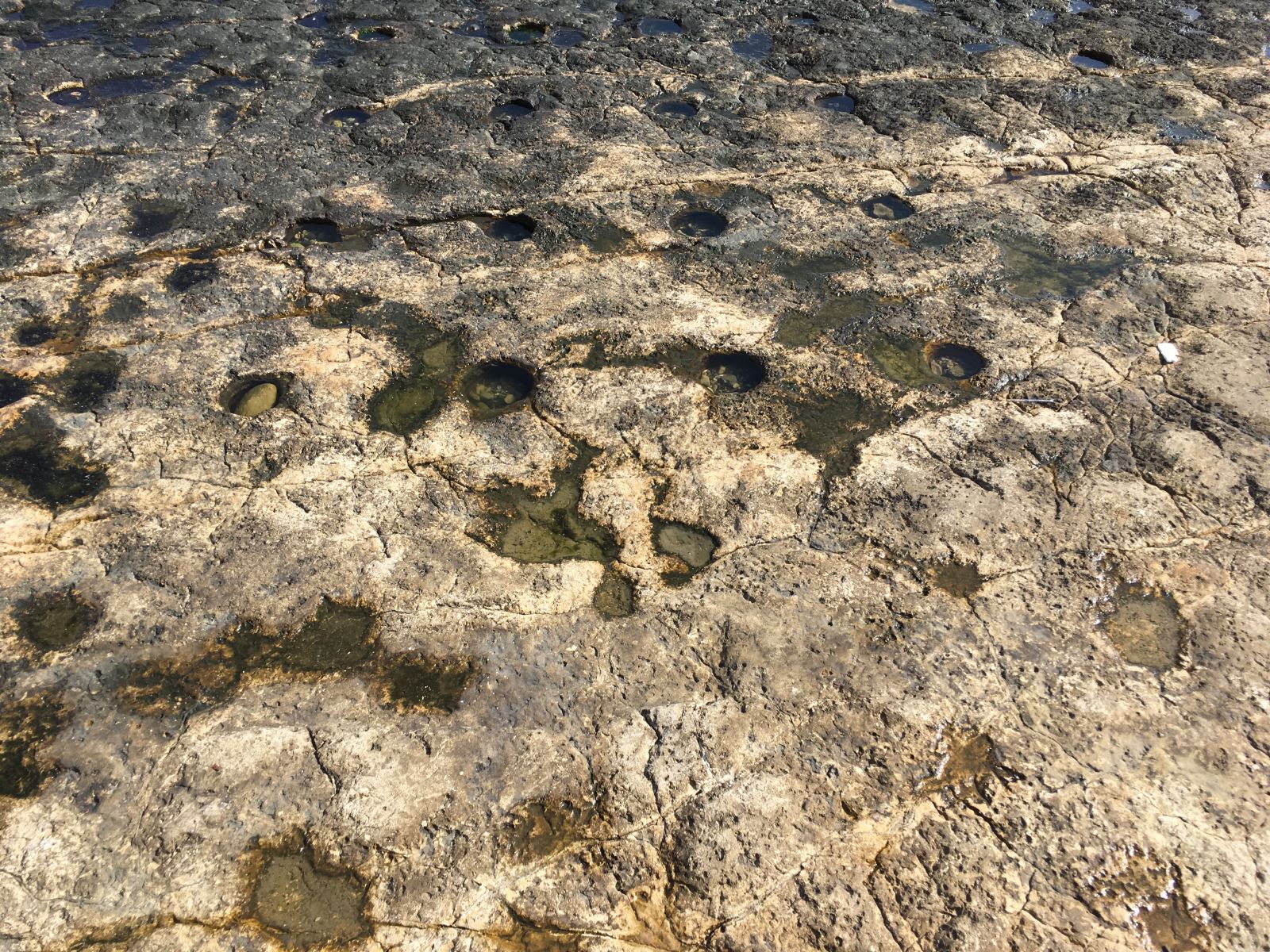 To end, we stopped in front of the Forte de Catalazete and the nearby Forte de Areeiro, before returning by the same route. The Forte de Catalazete was constructed in 1762, to reinforce the defence of Forte de São Julião da Barra. Equipped with 10 cannon, the only action in which it took part was the firing of 17 shots on 11 July, 1831 against a surprise attack by Admiral Roussin's French Squadron during the Portuguese Civil War (1828-1834). It was deactivated in 1834, became a Mocidade Portuguesa colony in 1958, and then a Pousada da Juventude since 1977. The construction of the Forte de Areeiro started in 1647, as one of the Restoration Wars Forts (1640-1668), after the Spanish reign of 1580-1640. From 1961-1962 it was used as a summer residence by the Minister of Defence. After the 1974 Carnation Revolution, political meetings were held there, and for security reasons an ugly cement wall was built around it, which has completely de-characterized it, although its unique curved casemate still intrigues military historians to this day. 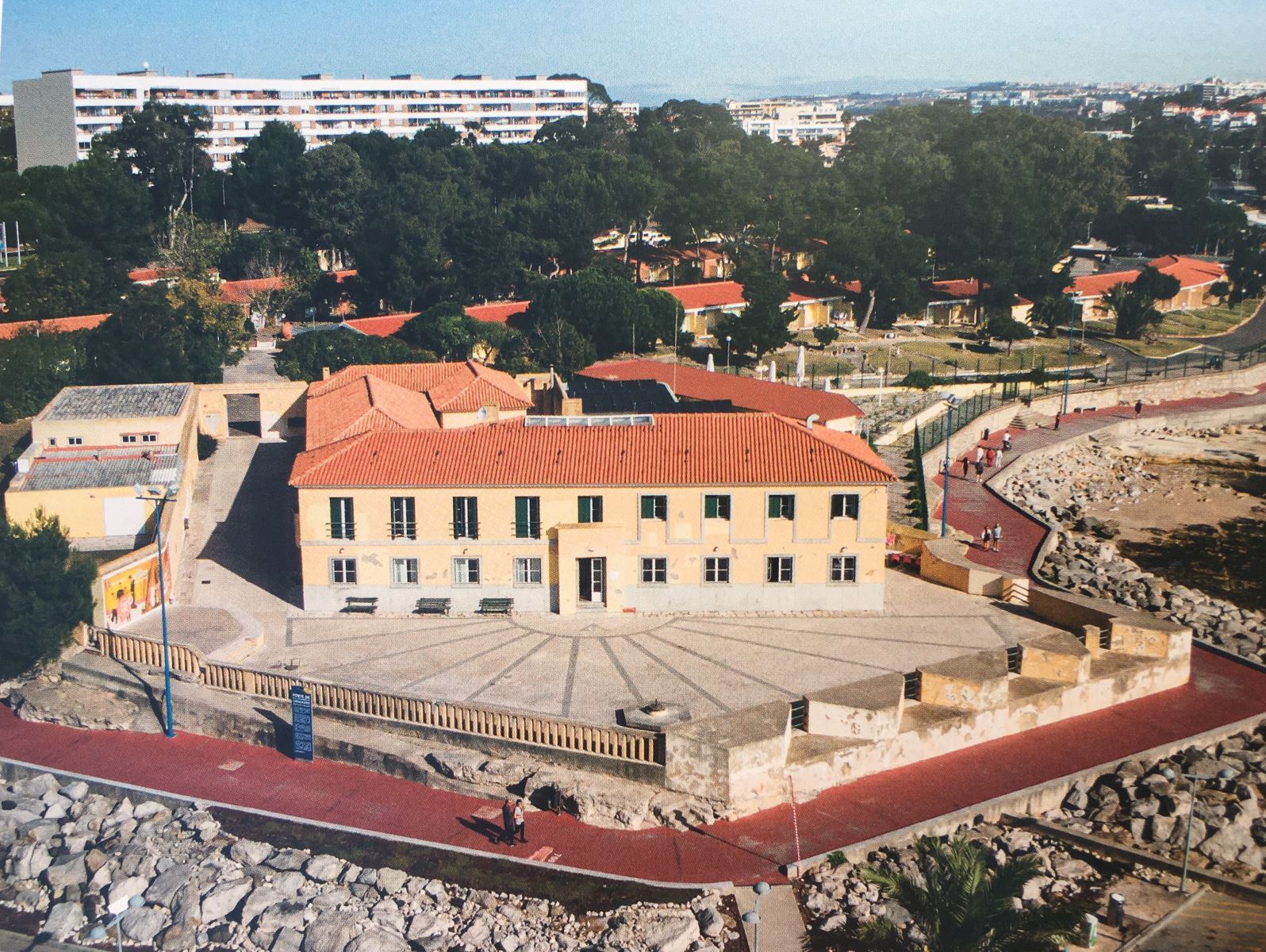 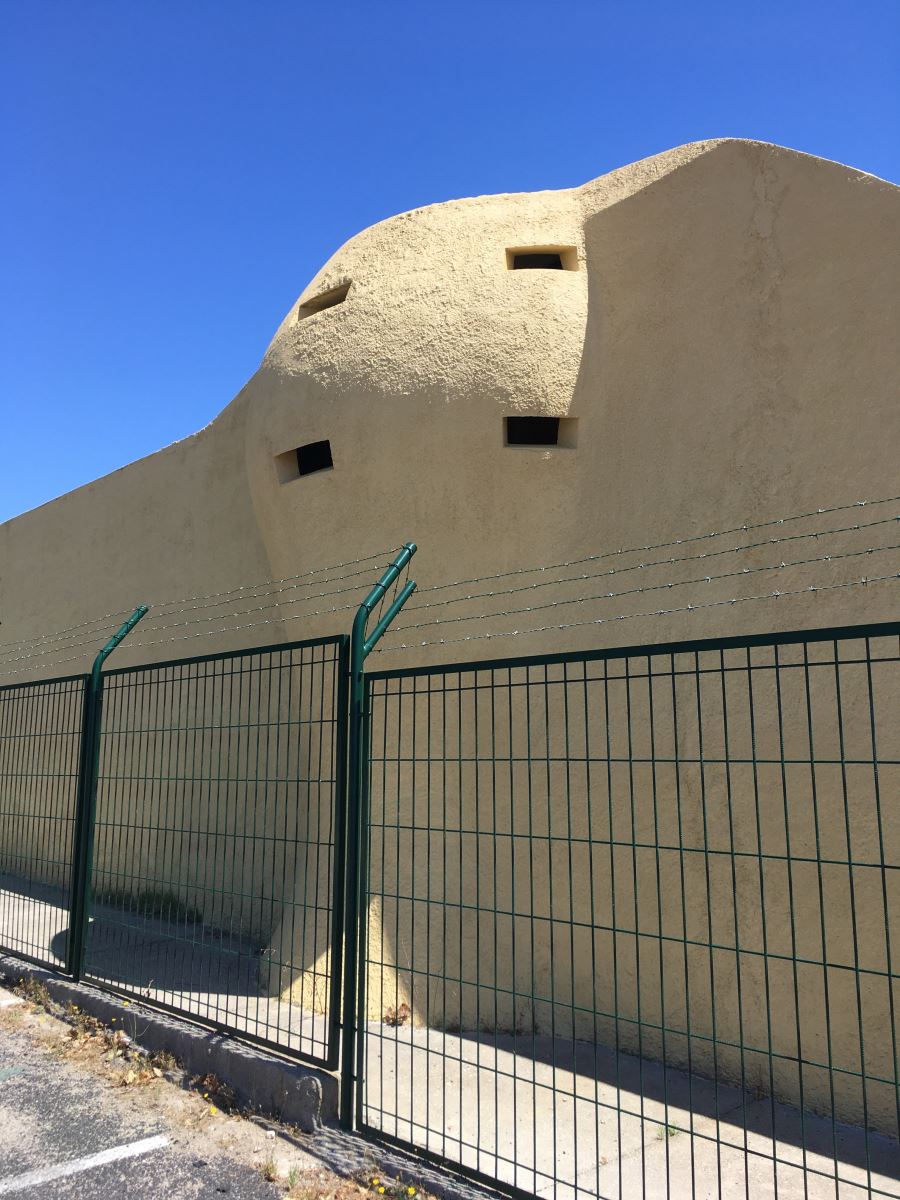 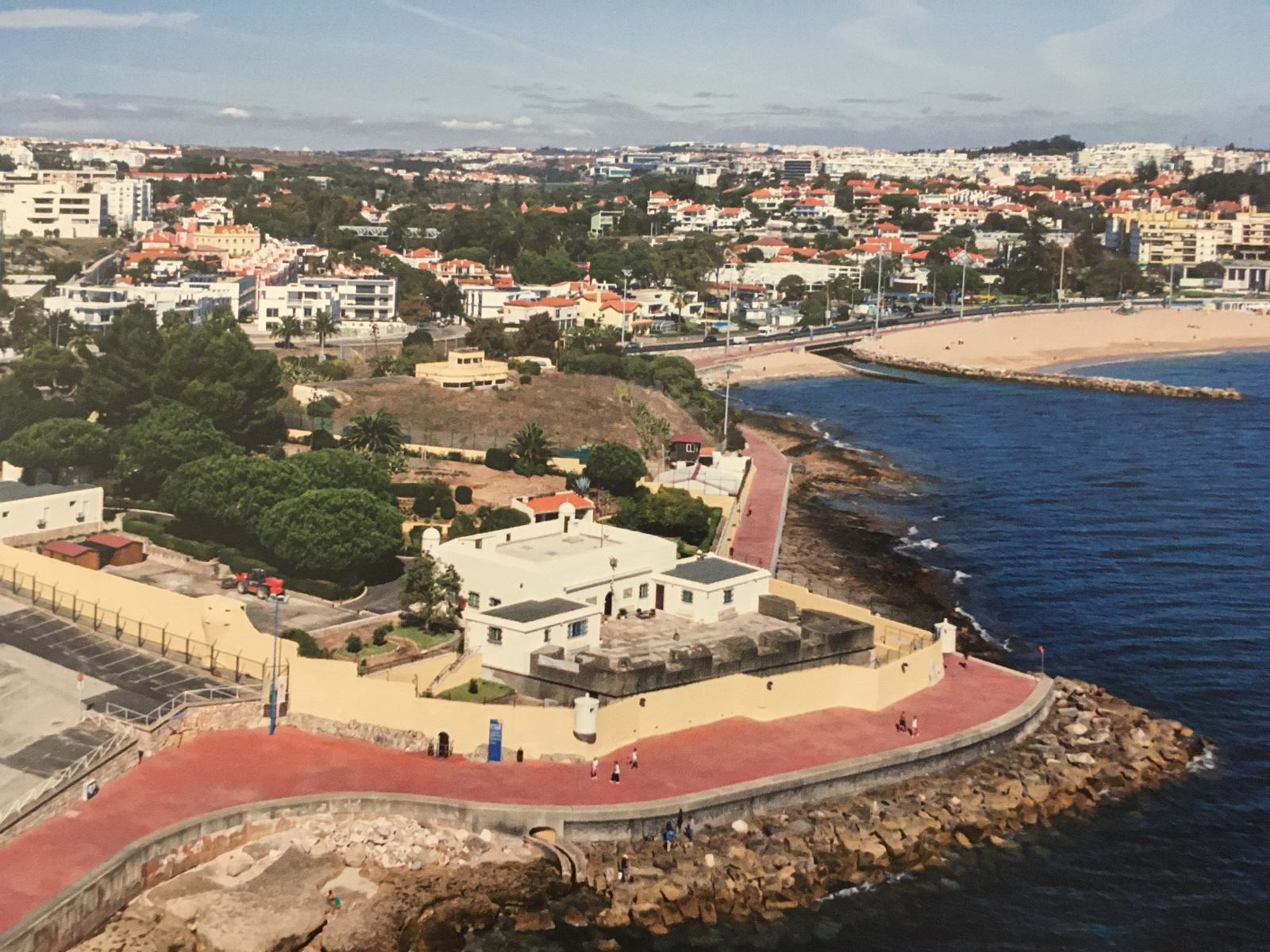