Home  »  Events  »  Report on guided visit to the Palácio Cristal Gardens in Porto, followed by tea and illustrated talk at the Macaréu - Associação Cultural

Report on guided visit to the Palácio Cristal Gardens in Porto, followed by tea and illustrated talk at the Macaréu - Associação Cultural 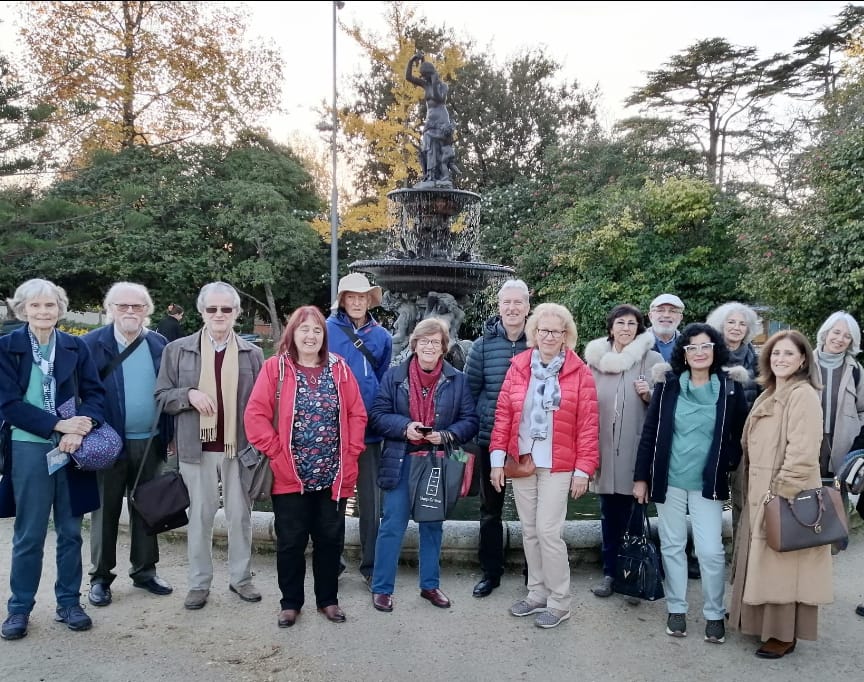 On Saturday 26 November, 18 members and friends of the BHSP Porto Branch met just inside the main gates of the ‘Palácio Gardens’, on a (fortunately) lovely warm day, for a guided tour, taking in practically the whole area, both the vast space in front of the Pavilhão Rosa Mota (Superboc Arena), the long avenue (Avenida das Tilias), the lagoon area behind the Pavilhão, and the terrace with superb views of the river and the smaller gardens below. Our guide was Isabel, who is very knowledgeable regarding matters Portuenses, and had organised the tour (and the illustrated talk later). The explanations were in Portuguese, with frequent pauses for translation into English, which Alan Dawber attempted, and sometimes accomplished. 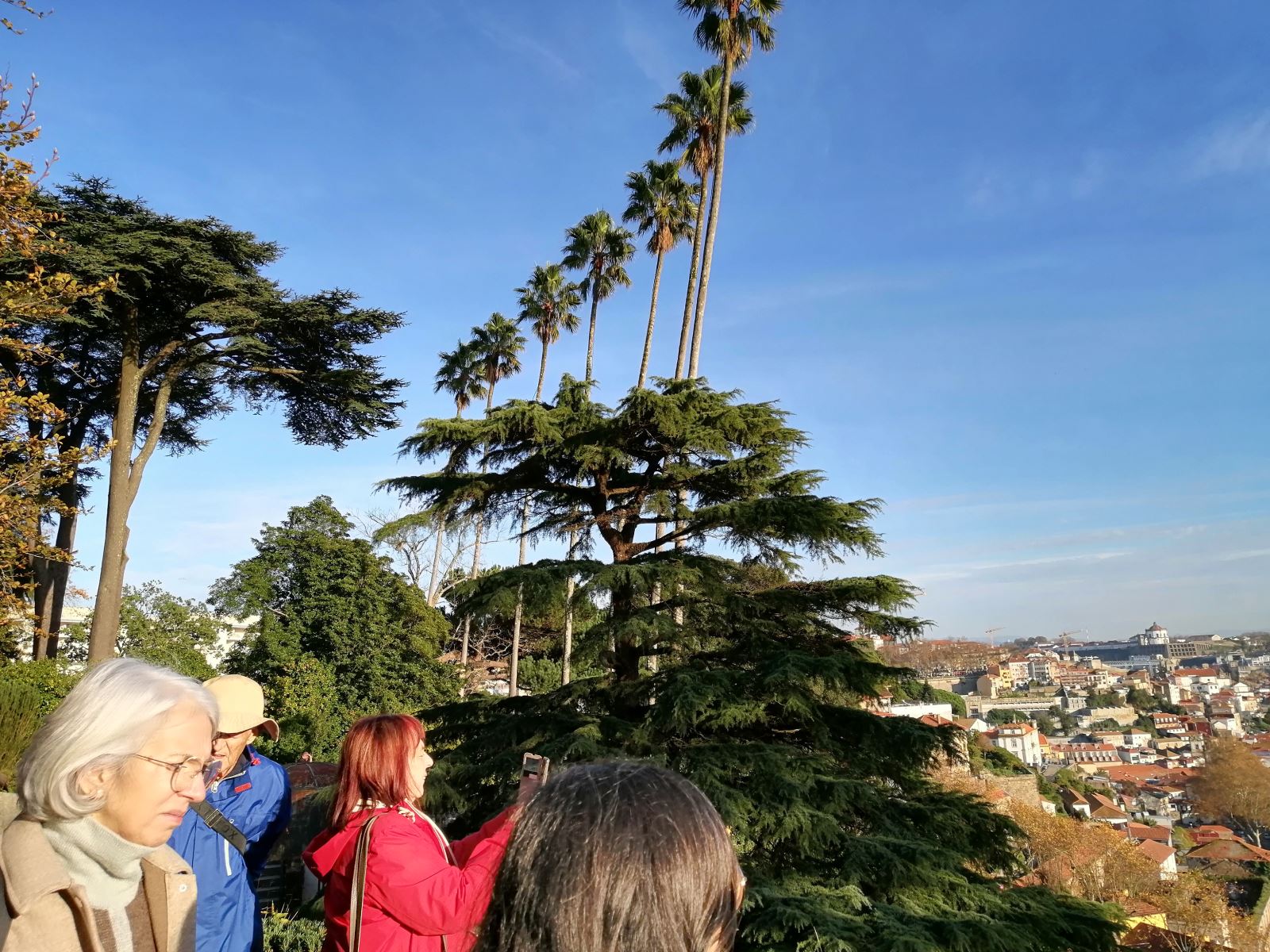 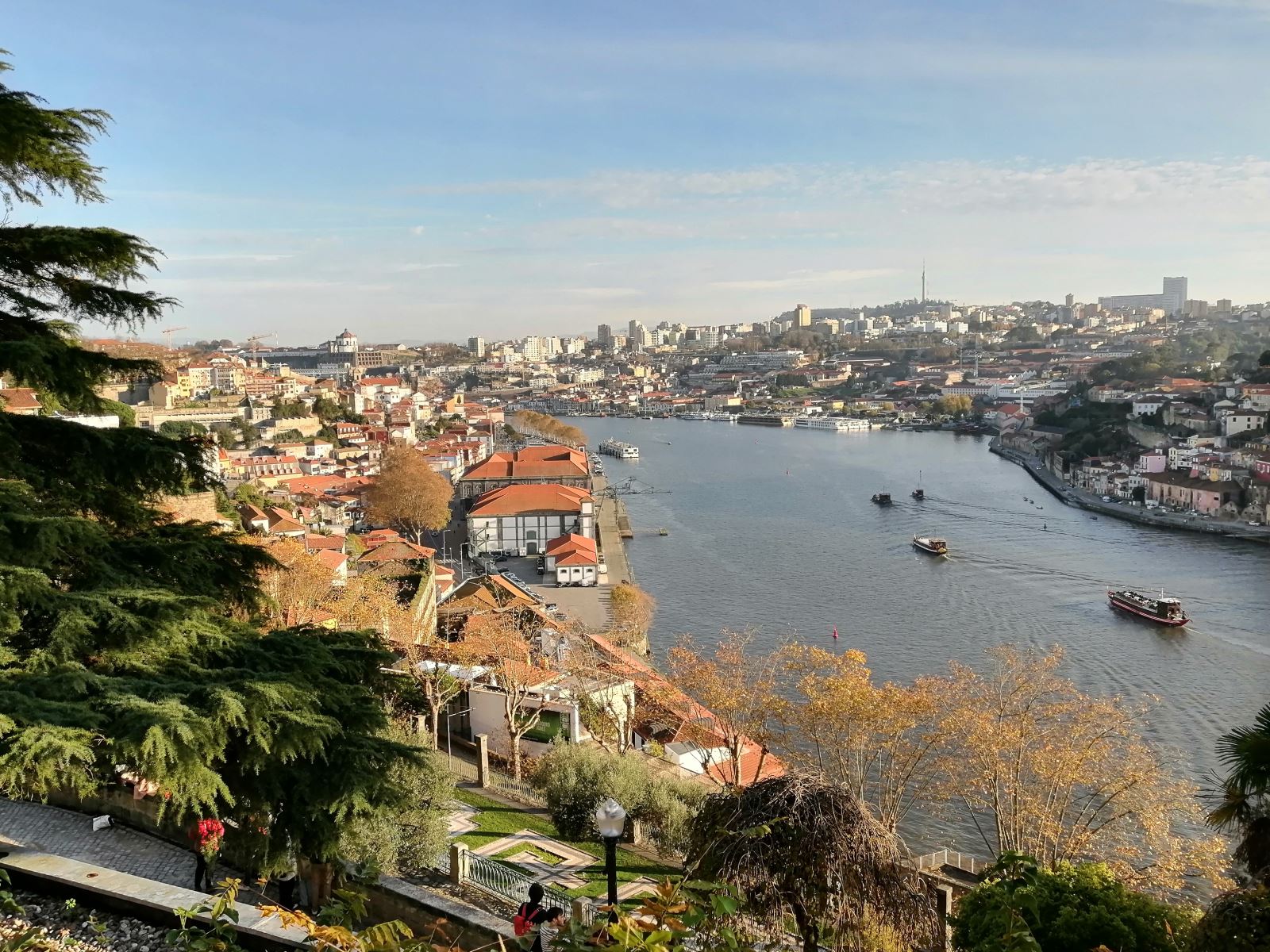 Following an interesting and pleasantly leisurely tour, a group photo was taken, after which the majority of the participants repaired by car to Macaréu, a not-for-profit association for the promotion of local cultural events, at Rua João das Regras No. 151, near the centre of Porto. This is a lovely old Portuguese house, converted for the purposes of the association, but possessing practically all its traditional internal and external features. A light tea was provided, followed by an extensive illustrated talk on the history of the ‘old’ Crystal Palace, modelled closely on the famous London Crystal Palace erected in Hyde Park for the 1851 Great Exhibition, then transferred to Sydenham Hill south of London, where it survived unscathed until the disastrous fire of 1936. The Porto Palácio de Cristal (pictured below) was built for the Great Exhibition of 1865, and survived until its sad demise and demolition (due to wear and tear and neglect) in 1951. The numerous illustrations, mainly photos, in the presentation of its history were a marvellous testament to the wonders of the palace in its heyday. By sheer coincidence it lasted 86 years, just one year longer than the London Crystal Palace. 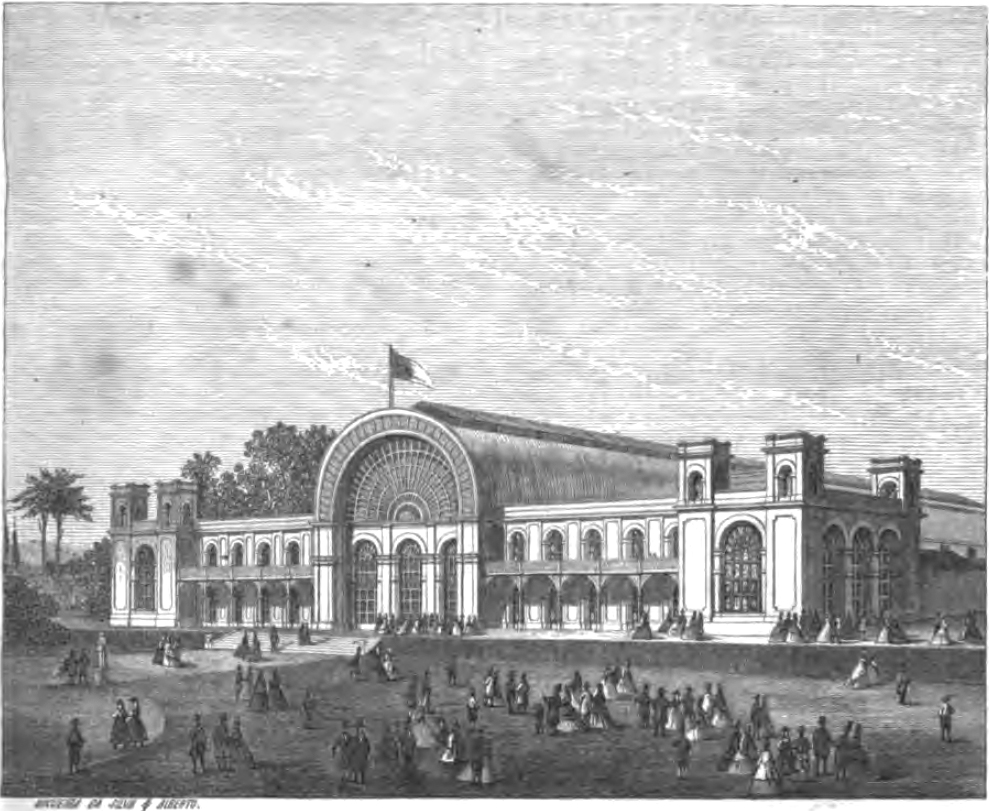 The pleasant afternoon and evening ended with Mário’s lovely tenor voice singing two operatic arias to the accompaniment provided by Alan on the grand piano. 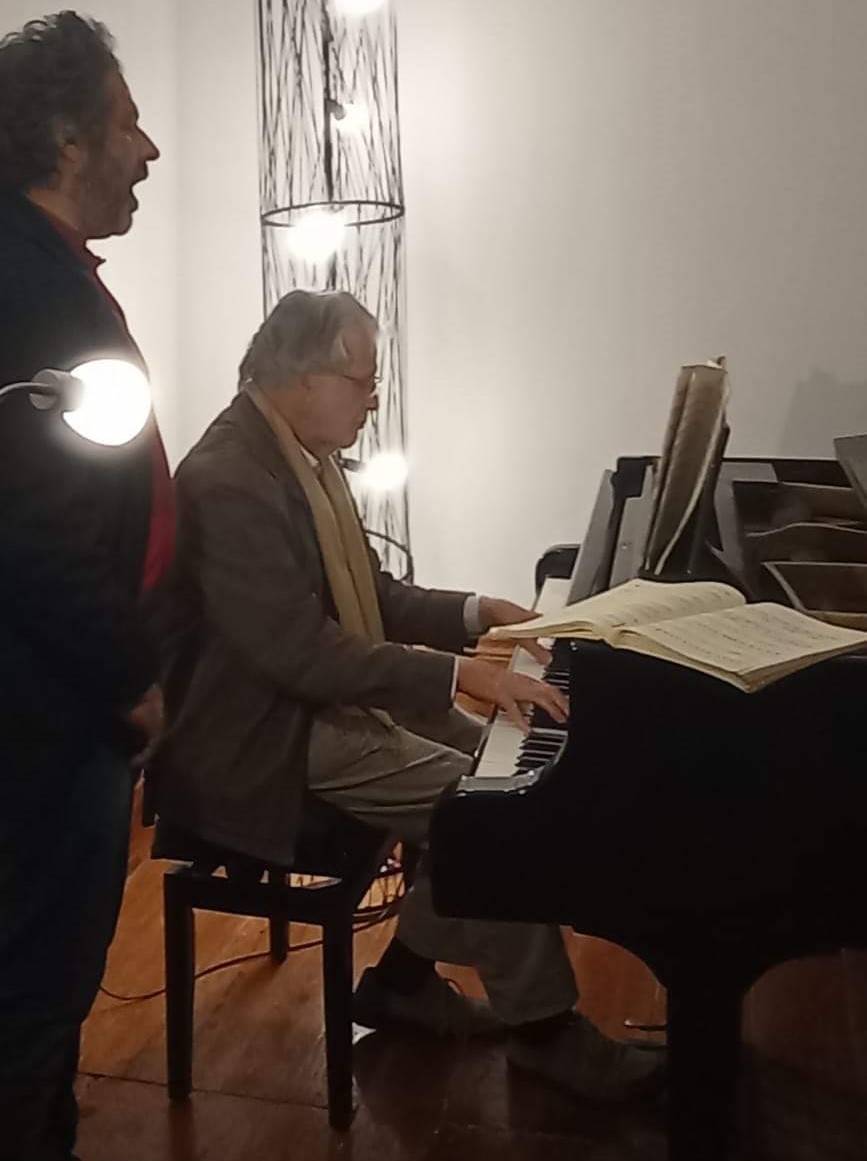 A sizeable donation (from the modest fee charged for the afternoon) could be handed over to Macaréu, not only to cover the cost of the ‘lanche’ (tea), but also as a contribution to the funds of the organisation, which relies solely on charitable aid.