Home  »  Events  »  Report of the film night in Oporto

Report of the film night in Oporto

The film “Wellington unmasked” provided the opportunity to view events of over 200 years ago. Reference was made to  Wellington’s victory against the French,  a subject close to the hearts of those present as it was he who liberated Porto 210 years ago. Wellington the hero, is  of course well known for his role in British history. Much of this is taken for granted today, but there are many lesser known and interesting issues from his time. The film brought these to life in fascinating detail.  As we relived these vividly illustrated events, one had a genuine sensation of being present at the time. The thread of his life is woven into the history of the nation starting from his time as a young officer who some considered to have no prospects, to an unhappy marriage, fame on the battlefield, politics, mistresses, and finally becoming  Prime Minister with policies dividing the nation only to  be reversed at the last minute bringing peace and success. As we consider the turmoil in the politics of his time, one could be forgiven for thinking that little has changed compared with the Britain of today. The convivial conversation over dinner ranged from the well produced film, to Brexit, to other  more general topics before bringing another enjoyable BHS evening to a close. 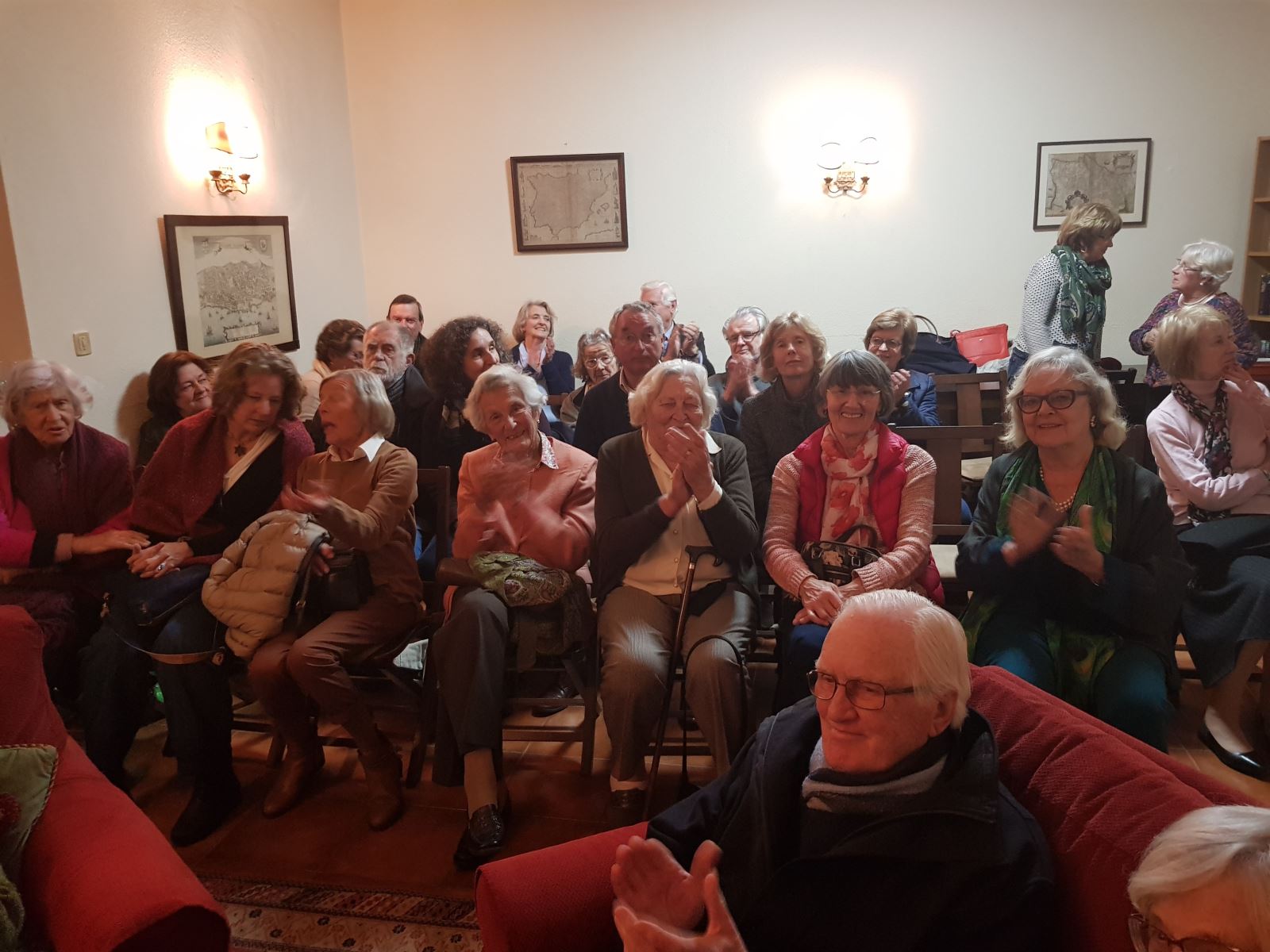 Applause at the end of the show