The Civil War between the two royal brothers D. Pedro and D. Miguel 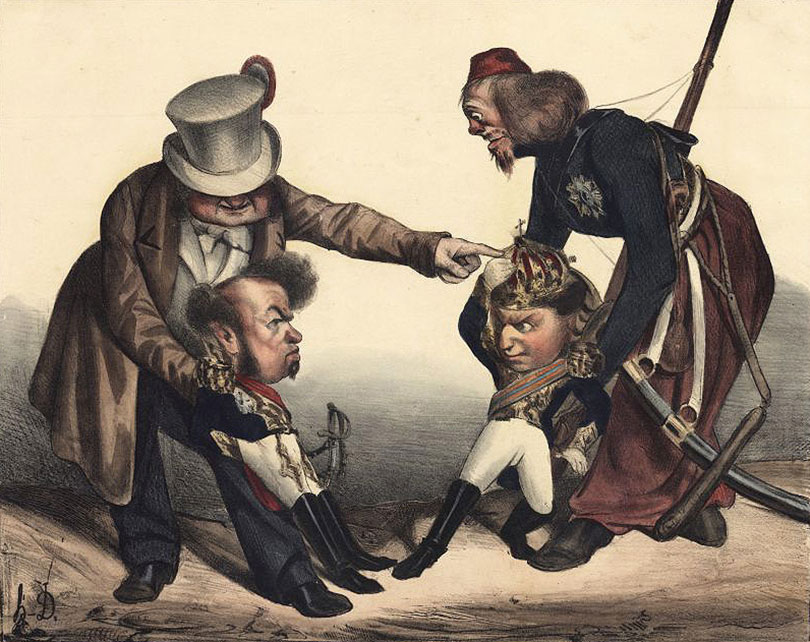 Peter I versus his brother Miguel I
Caricature by Honoré Daumier, 1833

The Civil War between the two royal brothers D. Pedro (the Constitutionalist) and D. Miguel (the Absolutist).  Many British fought on both sides, such as Thomas Stubbs, Sartorius, Charles Napier, MacDonald, and the war involved British politicians, including Wellington (as Prime Minister) and Palmerston. In the name of his daughter, D. Maria II, D. Pedro won in 1834, and D. Miguel was exiled to Genoa.