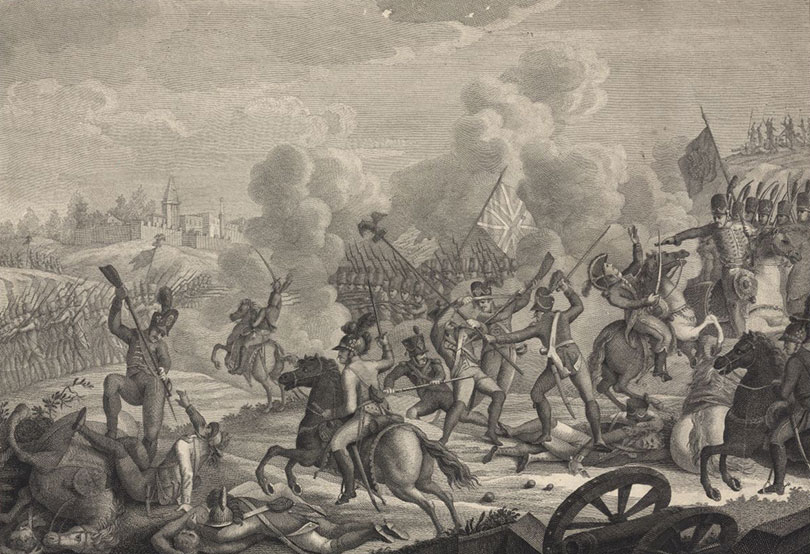 Battle of Vimeiro, Portuguese and British troops fighting the French at Vimeiro
Illustration by J. Cardini and D. Schioppetta, 1810~1812

On the 21st of August an important battle took place at Vimeiro, where the French under Junot were beaten. Wellelsey handed over command to Generals Dalrymple (1750-1830) and Burrard (1755-1813) who were superior in seniority.