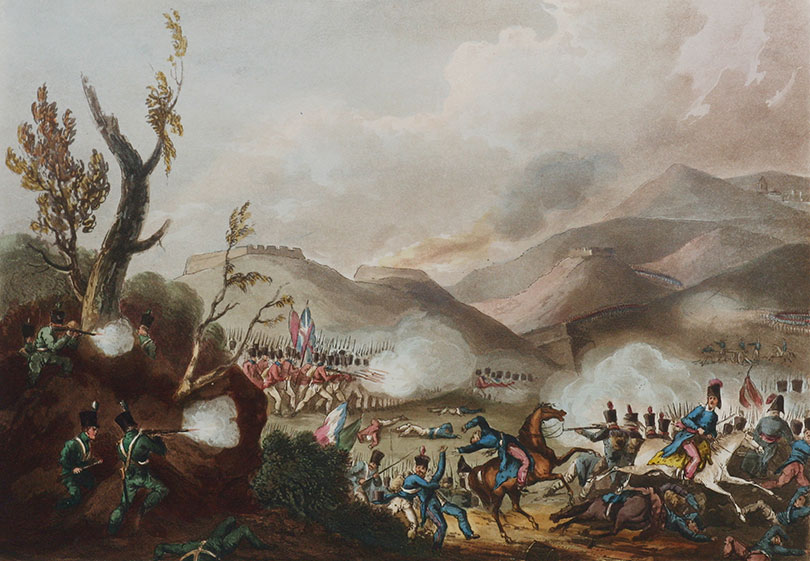 The Battle of Bussaco - September 27, 1810
Engraving by Thomas Sutherland

The largest land battle on Portuguese soil was fought at Bussaco in September and the French assaults were beaten back. Allied losses were evenly split between the Portuguese and the British. The Allies were outflanked and Wellington retreated towards Coimbra and the Lines of Torres Vedras.